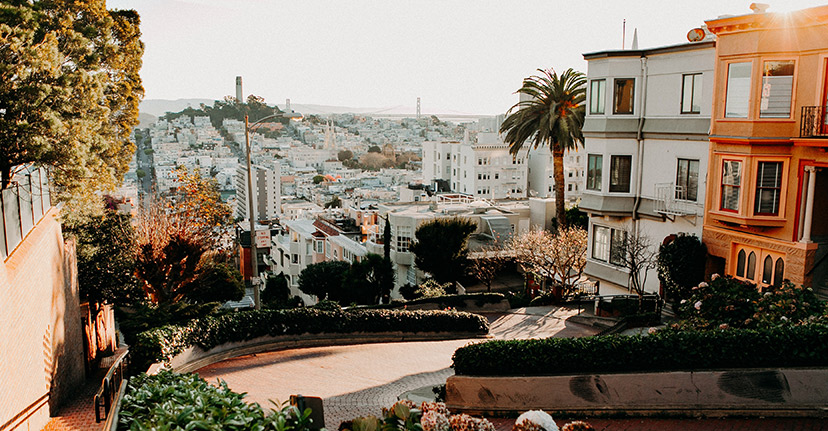 Salary Needed to Buy a Home in 10 Big Cities

But the dream of owning a trendy loft in the heart of a big city doesn’t always come cheap. If relocation is in your future, here’s a look at the latest figures by the National Association of REALTORS© (NAR) on approximately how much income is needed to purchase a home in 10 big cities—the most expensive, and the least.

The honest answer to “How much salary may I need to buy a home?” is really an open question that depends partially on the cost difference of items on your “must-have” list, and that can include the type and size of home, the amount of land, the location, and a host of other factors.

According to the NAR, the national median family income for Q2 was $78,366 . Put into the context of buying a home, the organization calculated that a buyer who had 10% to put down on a home at the national median price would need an income of $58,918. With a 20% down payment, that number would decrease to $52,372.

Is that affordable? The scientific, set-in-stone, definitive answer is most definitely: It depends. On the type of house, location, surrounding market, competing inventory, competing buyers, and a variety of other qualifying factors.

Most commonly, affordability is based on whether a typical family can get a mortgage for a typical home in their area, and it’s roughly calculated using four numbers: the median income for the area, a 20% down payment, a 25% debt-to-income ratio (using gross income and principal and interest only for the mortgage payment), and the median home price. While a home buyer will also have to pay things like taxes and insurance, it’s not calculated in NAR’s home affordability numbers. (You can dig into the NAR’s methodology here .)

The Most Expensive Cities

This year, coastal areas are the least affordable, while the highest affordability rankings belong to cities in the Midwest.

Reviewing charts with really long names helped determine the highest median-home prices, how that number has changed since this time last year, and the approximate base salary needed for a home in any given area based on NAR’s calculation (assuming a 20% down payment). If you’d like to dig into the statistics or see where your market ranks, here are some charts for inquiring minds:

San Jose and the surrounding area leads the top of the list for most expensive cities in Q2, and even though the median home price has gone down 5.3% over the past year, it still sits at a cool $1.3 million. With a 20% down payment, that equals a minimum salary of $249,122, according to NAR.

With median home prices hovering near or above the million-dollar mark for the past several years, the San Jose/San Francisco housing markets have become something of a poster child for unaffordable housing, with even well-paid tech workers reporting that they struggle to afford even a modest home.

California continues the run for most expensive houses, with the Anaheim/Santa Ana/Irvine metro area coming in third. A median-priced home there? $835,000 (which may seem like pocket change to Bay-area Californians).

The minimum salary for a typical home there is $156,404. Unlike its neighbors to the north, however, the median price is actually up 0.6% over last year.

Thinking of packing up and moving way, way west? A typical home in this tropical paradise will come with a price tag of $785,500.

That equals a minimum salary of $147,132, which is down 1.2% from last year but still likely insurmountable when compared to the average salary for the area. That, combined with the island’s higher-than-mainland prices for everyday goods and services, can drive the cost of living even higher.

Back to California to round out the top five most expensive cities for real estate, where you’ll need a minimum of $122,688 to afford a median-priced home of $655,000. Like other parts of the state, the median home price has risen here, too—1.6% over last year. As a result, granny flats have become a growing San Diego trend.

At the opposite end of the list are the nation’s most affordable cities, the areas where real estate listings are closer to five figures than seven.

Depending on how you look at it, the metro area of Decatur, which sits in nearly the exact center of the state, is either at the bottom or the top of the NAR’s list of median home prices. Buyers in this city can find a typical home for just $97,500, which is up 0.6% over last year. With 20% down, the minimum salary required is $18,263.

This mostly industrial area along the banks of the Ohio River saw median home prices at $107,400 during Q2—a 13.8% increase over last year. The minimum salary for a typical home in the Youngstown area is $20,117. At the same time, Youngstown ranked in the Top 100 on U.S. News & World Report’s list of best places to live.

Straddling the border between Maryland and West Virginia, the median home price in Cumberland was $117,800 in Q2. That’s a 24.1% increase over a year ago, which could signal that this small Appalachian town is growing in popularity. In order to purchase a typical home there, the minimum salary required is $22,065.

With median home prices at $119,300, this southern New York city is among the nation’s least expensive. A salary of $22,346 will qualify you for a mortgage at this price, which is down 2.9% from last year. And perhaps one of those homes could reflect the city’s nickname of “Parlor City,” due to its number of mansions with large parlor rooms.

Elmira rounds out NAR’s list of the cities with the lowest median home prices, coming in at $119,400. It’s a 12.3% increase over last year and requires a salary of $22,365. Elmira, which sits west of Binghamton in southern New York, played roles in both the American Revolution and the Civil War.

Cities on the Move

Perhaps just as important as America’s most and least expensive cities are those that have seen the most significant changes over the past year. Several of those cities are on the “least expensive” list, including Cumberland, Youngstown, and Elmira. Other areas on the move include Boise, Idaho (up 12.5%), Columbia, Missouri (up 12%), and Abilene, Texas (also up 12%).

Some of this growth is attributed to millennial and Gen Z homebuyers who are seeking both urbanity and affordability—and if they can’t afford to go where the action is, they’re bringing the action to where they can afford it.

In fact, some of the hottest ZIP codes in 2019 include areas like Rochester, New York; Shawnee, Kansas; and Livonia, Michigan—all places you may have to google to even find them.

An increase in market prices is good news if you’re a current homeowner or seller, and can indicate a number of other positive factors, including a growing economy, falling interest rates, a large new employer coming to the area, or a combination of all of the above.

Conversely, a company moving out, rising interest rates, or even political stressors can cause housing prices to fall. Either way, you can start the search for your dream home by figuring out how much mortgage you can afford.

Ready to check out your mortgage refinance options with a competitive lender that values your time? SoFi can give you a rate quote in as little as two minutes.
Learn More

External Websites: The information and analysis provided through hyperlinks to third-party websites, while believed to be accurate, cannot be guaranteed by SoFi. Links are provided for informational purposes and should not be viewed as an endorsement.
Third-Party Brand Mentions: No brands or products mentioned are affiliated with SoFi, nor do they endorse or sponsor this article. Third-party trademarks referenced herein are property of their respective owners.
SoFi Loan Products
SoFi loans are originated by SoFi Bank, N.A., NMLS #696891 (Member FDIC). For additional product-specific legal and licensing information, see SoFi.com/legal. Equal Housing Lender.
SoFi Mortgages
Terms, conditions, and state restrictions apply. Not all products are available in all states. See SoFi.com/eligibility for more information.
SOMG19043