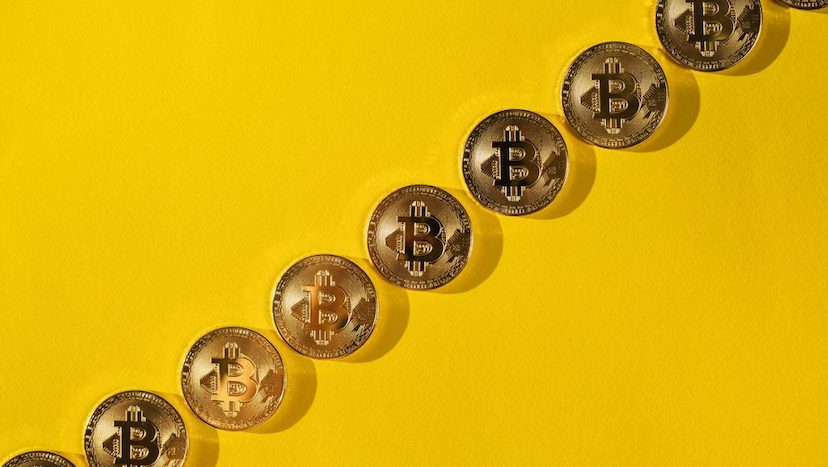 Why Bitcoin Is Up

The price of cryptocurrency skyrocketed yesterday. In just 24 hours, the value of the entire market grew by $35.3 billion. This uptick was led by Bitcoin, which leapt by 18.57% to a price of $9,388.30, the highest level the currency has reached since March 7 of this year.

Bitcoin is notorious for price swings. The cryptocurrency’s creator, who goes by the pseudonym Satoshi Nakamoto, linked its generation to the work involved in validating transactions. Bitcoin “miners” around the world perform complex calculations which authorize Bitcoin transactions on a public digital record book called the blockchain. The creation of Bitcoin requires a lot of energy to run and cool the computers handling the calculations. One Bitcoin can cost between $3,500 and $6,500 to mine.

The recent surge in cryptocurrency prices is likely due to two factors—stimulus packages from central banks around the world and the approach of an event called “Bitcoin halving .”

Across the globe, central banks have launched record-breaking stimulus packages to help businesses shoulder the burden of coronavirus closures. This has helped investors in many sectors regain confidence that was lost in early March as coronavirus picked up steam around the world.

When oil prices and equity markets plunged in March, the cryptocurrency market followed suit. Two huge sell-offs caused cryptocurrency prices to tumble, but they are now climbing back up.

The Federal Reserve has pledged to keep interest rates close to zero until the American economy recovers from the coronavirus fallout. This has impacted the stock market as well as cryptocurrency prices. “We could be seeing a lot of money flowing into equities and crypto as well, as a result of the new money printing,” explained Vijay Ayyar , Head of Business Development at Luno, a cryptocurrency exchange.

The Countdown to Bitcoin’s Next Halving

Cryptocurrency prices are also feeling the impact of an upcoming event in the world of Bitcoin known as “halving.” About every four years, or more specifically, after every 210,000 transaction blocks are completed, the rewards that Bitcoin miners earn are cut in half. When Bitcoin began in 2009, miners were awarded 50 Bitcoin per block. In 2012 that fell to 25, and that process has continued. Though there is not a set date for the next halving, as it is determined by the speed of blocks being completed, it is predicted to be sometime in May.

Halving was put in place to prevent inflation. The practice slows down the speed at which Bitcoin is produced to make sure that supply doesn’t get ahead of demand. Only 21 million Bitcoin will ever be produced. It is expected that Bitcoin creation will hit this limit in roughly 2140, at which point halvings will be discontinued.

Analysts debate whether or not halving necessarily causes a rise in Bitcoin prices. After the last halving in 2016, prices rose nearly 1,000%, but some say this was because the halving coincided with Bitcoin becoming more mainstream. For those who own Bitcoin, this halving will not have any impact on the investment, except that the price of Bitcoin may change, as it often does.

Please understand that this information provided is general in nature and shouldn’t be construed as a recommendation or solicitation of any products offered by SoFi’s affiliates and subsidiaries. In addition, this information is by no means meant to provide investment or financial advice, nor is it intended to serve as the basis for any investment decision or recommendation to buy or sell any asset. Keep in mind that investing involves risk, and past performance of an asset never guarantees future results or returns. It’s important for investors to consider their specific financial needs, goals, and risk profile before making an investment decision.
The information and analysis provided through hyperlinks to third party websites, while believed to be accurate, cannot be guaranteed by SoFi. These links are provided for informational purposes and should not be viewed as an endorsement. No brands or products mentioned are affiliated with SoFi, nor do they endorse or sponsor this content.
Communication of SoFi Wealth LLC an SEC Registered Investment Advisor
SoFi isn’t recommending and is not affiliated with the brands or companies displayed. Brands displayed neither endorse or sponsor this article. Third party trademarks and service marks referenced are property of their respective owners.
SOSS50102