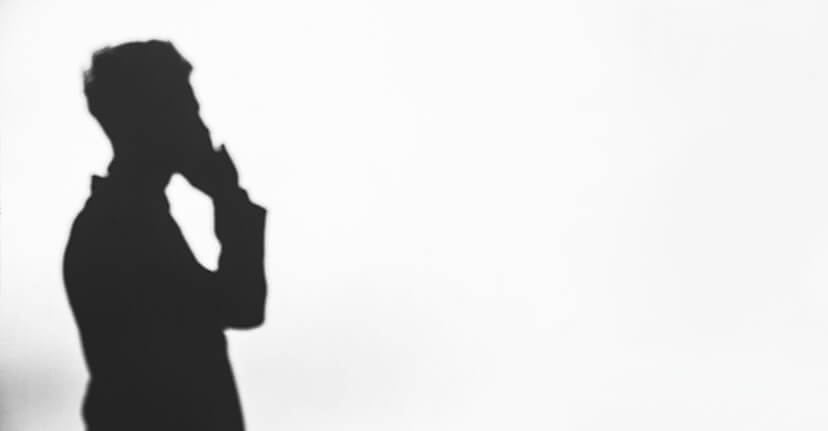 Who Is Satoshi Nakamoto?

One of the enduring mysteries of technology, cryptocurrency, and the internet is about to announce himself, herself, or themselves to the world by posting a white paper to an internet mailing list for cryptography geeks.

The subject of the post is “I’ve been working on a new electronic cash system that’s fully
peer-to-peer, with no trusted third party.”

What follows in the body of the post is a description of what’s in the white paper and the electronic cash system it lays out for the first time. Then there’s an abstract and a link to the full paper, which all this time later is still live, and then—a signature.

Big deal, right? Someone posted an academic-sounding white paper to a mailing list for cryptography nerds. As it turns out, it actually was kind of a big deal because the electronic cash system described in the paper was Bitcoin. You’ve probably heard of it.

But you may not have heard of its creator Satoshi Nakamoto and the paper that laid out Bitcoin and the underlying blockchain technology, “Bitcoin: A Peer-to-Peer Electronic Cash System ” that he, she, or they published that Halloween day all the way back in 2008.

And who could blame you? It’s not like Bitcoin is like a lot of other technologies with celebrity founders and CEOs who dropped out of Ivy League colleges to change the world.

Another reason you may not know the name: nobody really knows who Satoshi Nakamoto is.

Why is Nakamoto Such a Big Deal?

As of December 16, 2019 bitcoin is currently trading at $7,101.28 per coin according to Coindesk. And to think, it all started with a couple pizzas and a coin that was worth practically nothing in 2010 .

It’s widely regarded as one of the first real-world purchases made with Bitcoin. In today’s value of around $8,000 a share, that amount of Bitcoin would be worth around $80 million. Hanyecz’s transaction lives on in the form of Bitcoin Pizza Day, celebrated annually by Bitcoin enthusiasts.

While these pizzas are a famous Bitcoin purchase, the very first Bitcoin transaction was a quick trade between Nakamoto and a software engineer named Hal Finney .

It’s this transaction that leads a lot of people to believe Finney might actually be the person behind Nakamoto.

So Who Is Satoshi Nakamoto?

There are a couple reasons some folks think Hal Finney was Satoshi Nakamoto (Finney died in 2014 of Lou Gehrig’s disease).

The first, and kind of obvious, clue a lot of people latched onto was that Finney was the first person to receive Bitcoin from someone else. And that someone just happened to be Satoshi Nakamoto. It might have been like sending yourself an email from a new email account to make sure everything works.

Finney was employee number two at the PGP Corporation . PGP stands for Pretty Good Privacy, and was a cryptography company that was eventually acquired by Symantec.

You can see why a lot of people thought Finney was Satoshi Nakamoto. He had the access to Nakamoto, he was the first person to tweet about Bitcoin, and he probably had the cryptography chops based on his work at PGP.

But was he really Satoshi Nakamoto?

At least one person doesn’t think so.

What Does McAfee Know?

John McAfee, creator of antivirus software McAfee , the company he sold that still carries his name, and apparent 2020 presidential candidate , has said recently that he knows who Nakamoto is and even threatened to unmask him.

McAfee claims he has spoken to Nakamoto, that he is alive and in the United States. He tweeted April 27, 2019 , that he’d been protecting Nakamoto.

It seemed, for a short while, that McAfee planned to unmask the founder of Bitcoin in front of the world. But then his lawyer stepped in and advised McAfee against that course of action. It’s unclear if McAfee has plans to unveil what he claims to know in the future.

Why Is Everyone Still Trying to Solve the Satoshi Nakamoto Mystery?

We might never know the real identity of Satoshi Nakamoto. Maybe it was Finney and a few programmer friends. Maybe it was a coder or engineer nobody’s ever heard of. Maybe McAfee really knows who it is and will let it slip some day.

No matter what happens, there are a few billion other reasons a lot of people are looking for Nakamoto. The wallet linked to Nakamoto might have as many as 1.1 million Bitcoins in it . Depending on the value of Bitcoin at any given time, that could be a hypothetical $7.5 billion or more.

Whether the mystery remains a mystery or is brought to light, cryptocurrencies and crypto investing have come a long way from a simple white paper post on a mailing list on Halloween 2008.

SoFi Invest®
The information provided is not meant to provide investment or financial advice. Investment decisions should be based on an individual’s specific financial needs, goals and risk profile. SoFi can’t guarantee future financial performance. Advisory services offered through SoFi Wealth, LLC. SoFi Securities, LLC, member FINRA / SIPC . SoFi Invest refers to the three investment and trading platforms operated by Social Finance, Inc. and its affiliates (described below). Individual customer accounts may be subject to the terms applicable to one or more of the platforms below.
1) Automated Investing—The Automated Investing platform is owned by SoFi Wealth LLC, an SEC Registered Investment Advisor (“Sofi Wealth“). Brokerage services are provided to SoFi Wealth LLC by SoFi Securities LLC, an affiliated SEC registered broker dealer and member FINRA/SIPC, (“Sofi Securities).
2) Active Investing—The Active Investing platform is owned by SoFi Securities LLC. Clearing and custody of all securities are provided by APEX Clearing Corporation.
3) Cryptocurrency is offered by SoFi Digital Assets, LLC, a FinCEN registered Money Service Business.
For additional disclosures related to the SoFi Invest platforms described above, including state licensure of Sofi Digital Assets, LLC, please visit www.sofi.com/legal.Neither the Investment Advisor Representatives of SoFi Wealth, nor the Registered Representatives of SoFi Securities are compensated for the sale of any product or service sold through any SoFi Invest platform. Information related to lending products contained herein should not be construed as an offer or pre-qualification for any loan product offered by SoFi Bank, N.A., or SoFi Lending Corp.
Crypto: Bitcoin and other cryptocurrencies aren’t endorsed or guaranteed by any government, are volatile, and involve a high degree of risk. Consumer protection and securities laws don’t regulate cryptocurrencies to the same degree as traditional brokerage and investment products. Research and knowledge are essential prerequisites before engaging with any cryptocurrency. US regulators, including FINRA , the SEC , the CFPB , have issued public advisories concerning digital asset risk. Cryptocurrency purchases should not be made with funds drawn from financial products including student loans, personal loans, mortgage refinancing, savings, retirement funds or traditional investments. Limitations apply to trading certain crypto assets and may not be available to residents of all states.
External Websites: The information and analysis provided through hyperlinks to third-party websites, while believed to be accurate, cannot be guaranteed by SoFi. Links are provided for informational purposes and should not be viewed as an endorsement.
SOIN19137