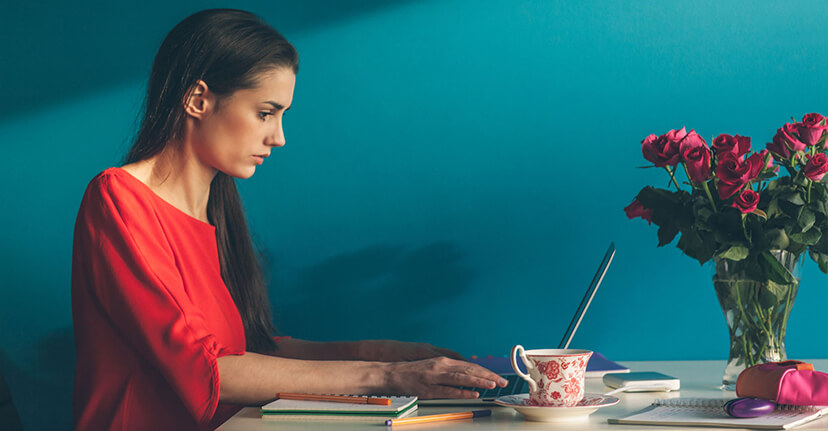 In our efforts to bring you the latest updates on things that might impact your financial life, we may occasionally enter the political fray, covering candidates, bills, laws and more.
Please note: SoFi does not endorse or take official positions on any candidates and the bills they may be sponsoring or proposing. We may occasionally support legislation that we believe would be beneficial to our members, and will make sure to call it out when we do. Our reporting otherwise is for informational purposes only, and shouldn’t be construed as an endorsement.

The Trump Administration has proposed a cap on the amount that parents and graduate students would be able to borrow from the federal government to pay for higher education. The administration says their effort is an attempt to curb tuition costs and student loan debt, which reached an outstanding $1.465 trillion in late 2018. Here’s a look at what these changes might mean for parents and grad students.

Before we dive in, we just want to be clear that this is an incredibly complex topic. We’re going to try to break it down the best we can, but full disclosure: this info is general in nature and does not take into account your specific objectives, financial situation, and needs; it should not be considered to be advice. SoFi always recommends that you speak to a professional about your unique situation.

What the Proposal Says

The White House’s proposal to cap PLUS loans comes as part of a range of proposals to reform the Higher Education Act (HEA). Each type of student loan comes with its own set of limits. Currently, PLUS loans are limited to the full cost of attendance minus financial aid with no cumulative limits.

To address rising debt, the administration has proposed a set of limits on federal student loans, including Parent and Grad PLUS loan limits. Other proposed actions include changes to the accreditation process, efforts to align education with workplace needs, and a call to simplify aid to students repaying their loans.

The White House says it wants to cap PLUS loans in an effort to curb rising tuition costs, citing research that points to a possible correlation between the availability of federal student aid and tuition increases. It says that widespread access to uncapped student loans provides institutions of higher education with no incentive to control their costs. What’s more, the system “saddles parents and graduate students with debt with little attention to borrowers’ likely ability to repay,” the White House says.

In addition to proposed limits on the amount parents and grad students can borrow through PLUS loans, the White House suggests that Congress provide financial aid administrators with information and the authority to help students limit and manage their student loan borrowing. It would also have Congress require educational institutions to provide financial aid counseling.

These proposals are not yet law. Congress is currently considering reauthorizing the HEA—which they last did in 2008—and would have to vote to approve any new changes. Though there seems to be bipartisan agreement that the HEA needs an overhaul, exactly what that means remains to be seen.

What Fans of the Proposal Say

The White House proposal isn’t the first effort at capping federal student loans. Congress has tried to set limits in the past. For example, the recent PROSPER Act , had it passed, would have eliminated some types of student loans and instituted borrowing limits. However, efforts like these are usually controversial.

Proponents of the current proposal say that taxpayer support of grad students and institutions is too high , and capping PLUS Loans would help curb that price tag.

Additionally, some studies show that parents may be taking on more debt than they can repay. Today, there are 3.4 million Parent PLUS loan borrowers who owe collectively $87 billion, according to a Brookings report . And as of the 2017-2018 school year, parents will average an estimated $37,180 in federal student loan debt .

Parent default rates have increased while repayment has slowed, and a cap on PLUS loans could theoretically help prevent parents from borrowing more than they can afford to pay back.

Finally, over the last decade, tuition and fees at private nonprofit four-year colleges leapt $7,390 . In its proposal, the White House made a connection between rising tuition costs and the availability of student loans. The idea that financial aid increases tuition prices is called the Bennett Hypothesis , named for former Education Secretary William Bennett, who wrote in a 1987 New York Times op-ed, “If anything, increases in financial aid in recent years have enabled colleges and universities blithely to raise their tuitions.”

Over the past 30 years, studies have examined the issues Bennett raised. Results have been mixed . Some researchers confirm portions of the hypothesis, while others point to factors that may have a greater effect on tuition price, such as the amount of state funding available for higher education.

Some opponents of the proposal worry that limiting access to PLUS loans will disproportionately affect the middle and lower classes. These families and grad students often rely on federal loans to achieve their higher education goals and may not qualify for some private loans.

The caps, opponents argue , would exacerbate class tensions in the higher education system. They worry that the proposal would shift more of the immediate costs of college to students, which higher-income families can potentially absorb more easily. To keep up, lower-income families might turn to more costly options, such as private loans with higher interest rates.

Similarly, others worry that the White House proposal doesn’t adequately address the root cause of student debt. Senator Patty Murray (D-WA) said in a statement , “The White House’s proposal is a feeble attempt to claim the Trump Administration is helping students by identifying one symptom of rising student debt, while completely ignoring the root cause—that college costs are rising exponentially and most students can’t afford college without taking on massive amounts of debt.

“In fact, this proposal would end up hurting students by reducing the amount of federal aid for students and taking billions out of the pockets of borrowers.”

Other Potential Reforms to Be Aware of

The White House also suggested simplifying the loan repayment system. Currently, there are multiple federal loan repayment plans , which the proposal suggests cutting down to just one. This single, potentially simpler, plan would cap monthly payments at 12.5% of a borrower’s discretionary income.

While the federal government works to address student loan debt, students and parents struggling to pay off their loans have a number of options. One strategy borrowers may consider is student loan refinancing.

It’s important to note that longer terms can cost the borrower more in interest over the life of the loan. Borrowers can also potentially qualify for a lower fixed or variable interest rate, which can save money in the long term. A lower interest rate may free up extra cash that borrowers can put toward their debt payments.

It’s important to note that refinancing with a private lender makes the borrower ineligible for federal programs such as forbearance and Public Student Loan Forgiveness.

If you’re ready to tackle your student loan debt, learn more about how student loan refinancing can help!
Learn More

The information and analysis provided through hyperlinks to third party websites, while believed to be accurate, cannot be guaranteed by SoFi. Links are provided for informational purposes and should not be viewed as an endorsement.
Notice: SoFi refinance loans are private loans and do not have the same repayment options that the federal loan program offers such as Income-Driven Repayment plans, including Income-Contingent Repayment or PAYE. SoFi always recommends that you consult a qualified financial advisor to discuss what is best for your unique situation.
SOSL19072