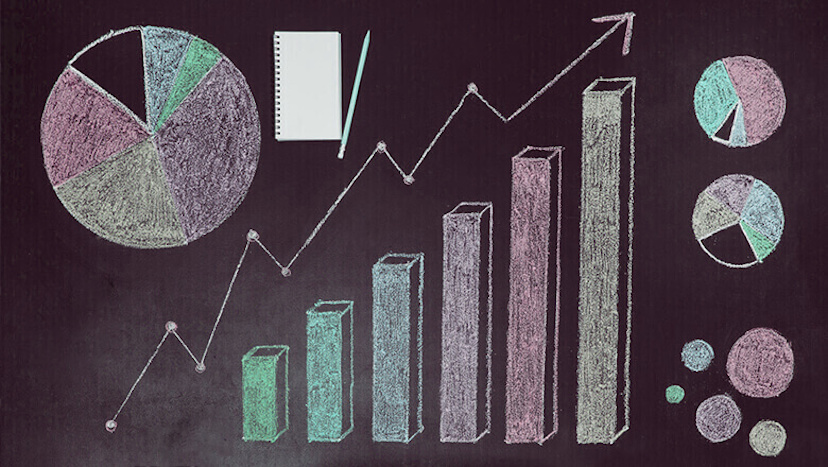 On Friday, the Labor Department said a record 20.5 million jobs were lost last month. In April the unemployment rate jumped from 4.4% to 14.7%. For context, the unemployment rate during the Great Depression is estimated to have reached nearly 25%. During the last financial crisis, the figure reached a high of 10% in October 2009.

Last week’s nonfarm payroll report showed that the hospitality and leisure industries bore the brunt of the losses. The sectors shed 7.7 million positions, 5.5 million of which were restaurant workers and bar employees. Other industries hit hard were education and health services, with 2.5 million jobs lost, as well as retail, which shed 2.1 million positions. Business services, which includes lawyers, engineers, and temporary office workers, lost 2.1 million jobs.

While bleak, those numbers still don’t quite give the full picture. A more comprehensive job losses figure includes people who have stopped looking for jobs or are working part-time jobs because they can’t find a full-time position. That number brings the real jobless rate to a staggering 22.8%.

While the latest unemployment report shows the highest numbers since World War II, it wasn’t as bad as some expected. Economists polled by Dow Jones anticipated that job losses would total 21.5 million for April with the unemployment rate reaching 16%.

Shares across various industries rallied on the news. On Friday, all 11 S&P 500 sectors and all 30 Dow components traded higher during the day. The positive sentiment was supported by corporate news as well. Although Uber (UBER) reported its biggest loss in three quarters, the ride-share giant said that it has seen week-on-week growth over the past four weeks. Overseas, tickets for Disney’s (DIS) Shanghai park sold out instantly on Friday. Stateside, Boeing (BA) announced that it is planning to reopen its 737 MAX factory by the end of May. Wall Street seemed focused on the reopening narrative as opposed to the dismal labor sector figures on Thursday and Friday.

Additionally, massive stimulus packages from the Federal Government and action on the part of the Federal Reserve to keep interest rates at zero have also helped markets rebound to some degree. On the whole, the Dow Jones Industrial Average and S&P 500 were up 2.5% and 3.5% for the week, respectively. Meanwhile, the Nasdaq jumped 6%. It was the first weekly advance for all three benchmarks in three weeks. Since the low on March 23, all three indexes are up by more than 30%.

What’s Next and What to Watch

It’s hard to tell what lies ahead for the US economy. In fact, a pair of Wall Street heavyweights even have mixed opinions in regards to the recent market rally and what’s in store for the rest of May.

Economists at CitiGroup (C) called the recent market surge “puzzling” in a memo on Thursday, adding that the uptick may have been driven by the extensive government measures to prop up the economy.

On the other hand, strategists from JPMorgan Chase & Co. (JPM) disagree, saying that the reopening of the economy and the unprecedented global response to the crisis poised markets for a steady recovery.

American workers seem to agree with more hopeful predictions about the economy’s future. 78% of those surveyed by the government said their layoffs were just temporary and they expect to return to work within six months.

Please understand that this information provided is general in nature and shouldn’t be construed as a recommendation or solicitation of any products offered by SoFi’s affiliates and subsidiaries. In addition, this information is by no means meant to provide investment or financial advice, nor is it intended to serve as the basis for any investment decision or recommendation to buy or sell any asset. Keep in mind that investing involves risk, and past performance of an asset never guarantees future results or returns. It’s important for investors to consider their specific financial needs, goals, and risk profile before making an investment decision.
The information and analysis provided through hyperlinks to third party websites, while believed to be accurate, cannot be guaranteed by SoFi. These links are provided for informational purposes and should not be viewed as an endorsement. No brands or products mentioned are affiliated with SoFi, nor do they endorse or sponsor this content.
Communication of SoFi Wealth LLC an SEC Registered Investment Advisor
SoFi isn’t recommending and is not affiliated with the brands or companies displayed. Brands displayed neither endorse or sponsor this article. Third party trademarks and service marks referenced are property of their respective owners.
SOSS51102