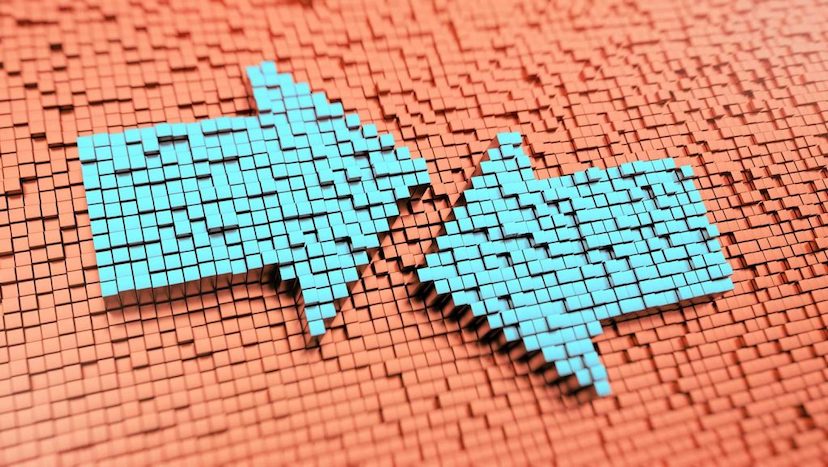 The ‘In and Out’ Economy

Disney’s (DIS) mainstay experiences—parks and cruises—are suffering during the coronavirus pandemic. But the new Disney+ streaming service has been a ray of hope in an otherwise difficult earnings quarter.

Disney is synonymous with the magic of its parks and cruises—longtime, significant drivers of its profitability. However, cruise ships have been docked and parks have been shuttered due to the coronavirus pandemic, leading to a 58% drop in operating income for the company this quarter.

NBCUniversal, owned by Comcast (CMCSA) has also experienced hardships as well as bright spots over the course of the last quarter.

Revenue from the company’s Universal theme parks fell 32% during the quarter to $869 million, and Comcast’s latest earnings call revealed the company doesn’t know when the parks will be able to open again.

Revenue from Universal film studios dropped 22.5% this quarter as movie theaters across the country closed. Comcast CFO Michael Cavanagh said on Comcast’s earnings call that the company’s revenue and earnings from its film studios would continue to decline into Q2 and Q3 as the company pushes release dates into 2021. The postponement of the 2020 Summer Olympics, which NBCU traditionally airs, is also a blow to the company.

The company’s CEO Jeff Shell sounded a positive note, saying that NBCU’s streaming service, Peacock, has had encouraging early performance. The service, which will stream both new and classic shows, became available for Comcast Xfinity customers in April, and NBCU plans a bigger rollout for July.

Additionally, as people stuck at home depend on streaming for everything from work conferences, to schooling, to gaming, Comcast’s high-speed internet account numbers posted a 12-year best, with 447,000 new additions.

Why This Matters and What to Watch

It’s no secret that businesses which help people work, exercise, and entertain themselves at home have generally performed well throughout the pandemic. On the other hand, companies focused on travel and large gatherings have continued to struggle. As evidenced by Disney and Comcast, this phenomenon is playing out even within individual companies. One division may have taken a massive hit, while another business segment outperforms.

Looking ahead, it’s helpful to view upcoming earnings and company performance through the lens of the “In and Out” economy.

For example, Peloton (PTON) reported first-quarter results after the bell on Wednesday and handily beat Wall Street expectations. Sales surged 66% from a year ago and the stationary-bike company added 1.1 million users to its digital fitness platform between March 16 and April 30 during a free trial promotion.

Today, ViacomCBS (VIAC) reports its latest results. Although analysts expect advertising revenue to take a hit, the company boasts a strong content portfolio and collections of streaming services including Showtime. Dropbox (DBX) also reports today. The file-sharing service has become increasingly important in the new digital workspace as more people have been forced to work from home. Both companies may benefit as the work-from-home sector is a main component of the “in” economy.

On the other hand, there are a few companies that may report less than rosy results given their reliance on the “out” aspect of the economy, which has been virtually not existent over the past month and a half. JetBlue Airways (JBLU) is scheduled to report and although the company has a history of beating estimates, it may be forced to suspend service at 16 airports across the US. Norwegian Cruise Line Holdings (NCLH) is also scheduled to report today. The company just narrowly avoided bankruptcy by bringing in billions in fresh funding. Lastly, Live Nation Entertainment Inc (LYV) is also scheduled to hand in its report card today. The experienced-based company may suffer because so many large events and gatherings have been postponed until 2021.

Please understand that this information provided is general in nature and shouldn’t be construed as a recommendation or solicitation of any products offered by SoFi’s affiliates and subsidiaries. In addition, this information is by no means meant to provide investment or financial advice, nor is it intended to serve as the basis for any investment decision or recommendation to buy or sell any asset. Keep in mind that investing involves risk, and past performance of an asset never guarantees future results or returns. It’s important for investors to consider their specific financial needs, goals, and risk profile before making an investment decision.
The information and analysis provided through hyperlinks to third party websites, while believed to be accurate, cannot be guaranteed by SoFi. These links are provided for informational purposes and should not be viewed as an endorsement. No brands or products mentioned are affiliated with SoFi, nor do they endorse or sponsor this content.
Communication of SoFi Wealth LLC an SEC Registered Investment Advisor
SoFi isn’t recommending and is not affiliated with the brands or companies displayed. Brands displayed neither endorse or sponsor this article. Third party trademarks and service marks referenced are property of their respective owners.
SOSS50702