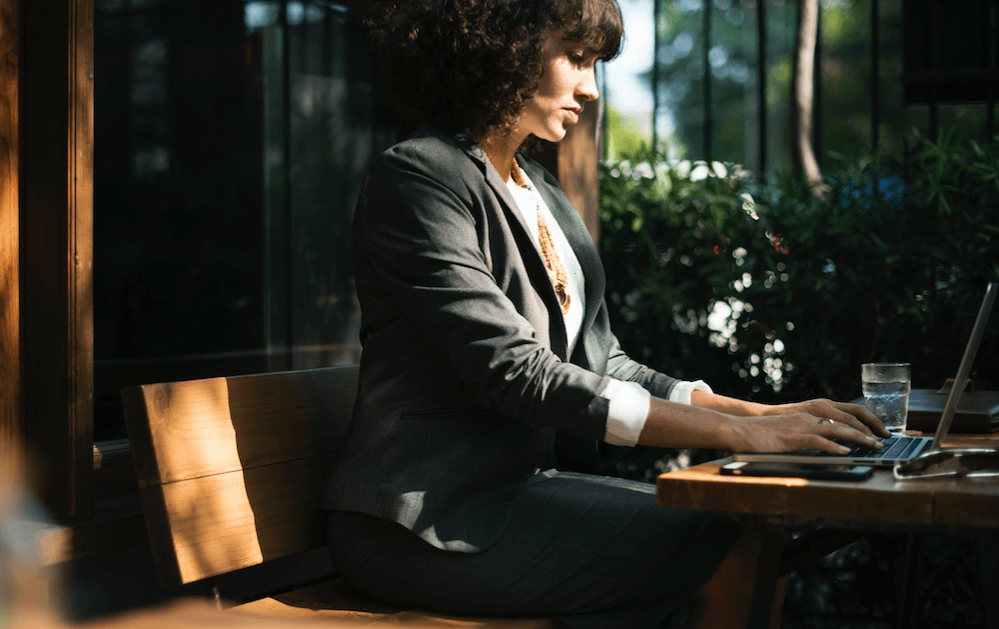 Think back to the first job you ever had, and compare it to the job you have now. You can probably see quite an evolution—over the years, you’ve likely gained experience, confidence, and efficiency in the way you approach your role.

Yet when it comes to the job search, many people take the same approach they did when they first entered the professional world. It’s simply easier to default to the strategies you’ve always used. But that mindset could lead to a frustrating, lengthy search.

Instead, think of how many executives look for new jobs. By that point in their career, it’s no longer about casting a wide net—it’s about knowing what they want and confidently going after it. And that often results in a more strategic, efficient, and fruitful search.

Here’s what you can learn from that executive job search mindset and how to apply it to your own job hunt—even if you haven’t made it into the C-suite yet.

Hone in on what you really want
Executives often have a fairly clear vision of what they want in a new role. Even if they haven’t stayed in the same industry or type of role their entire career, they likely have a sense of the type of work they do best and the company culture they thrive in. That insight is key to a successful job search.

“Throwing spaghetti against the wall and waiting to see what sticks is not typically the best option,” says SoFi career coach Gabby Bill. “You should have some ideas of what kind of company you want to work for.”

“The more self-awareness you have about what you value and what’s important to you, the better choices you’ll be able to make,” Bill says.

Stop looking at job boards
Between managing teams, overseeing high-level business strategy, and directing complex projects, most top executives don’t have much extra time on their hands. So when it comes to looking for a new position, they’re not going to waste those precious spare hours scrolling through endless job postings online.

“Most executives aren’t spending a ton of time looking at job boards,” says Bill. “Frankly, that is something no one should be doing. In my experience, only applying online has a very low success rate, so no matter what level you’re at, that’s a waste of time.”

Rather than leaving your search to chance, it’s better to follow executives’ lead and focus on an activity that will provide a much larger return on investment:

Go straight to the source
Most executives have developed an extensive professional network—it’s part of what has gotten them to where they are. Between fellow executives, clients, employees, and vendors, they know a wide range of people—and that becomes critical when looking for a new role.

“It’s really hard to get through the hiring process as a stranger,” explains Bill. “Networking is the shortcut that cuts out the top layers of the hiring funnel and gets you further down much, much faster.”

Focusing on networking can build connections that prove to be valuable in your current job search, as well as down the road.

“Even if you network with someone who never winds up calling you for an interview, you never know who they could introduce you to or what could come of that introduction,” says Bill.

Build your personal brand
Many professionals who are further along in their careers have cultivated a reputation—or personal brand—that reflects who they are and what they stand for. It’s displayed through things like the positions they’ve held, the thought leadership they’ve published, and the organizations they’ve worked with. This focused identify can be critical in a job search.

“The job market is very competitive in most fields,” says Bill. “One really great way to stand out is to build a personal brand. If I have a stack of 20 resumes and I have to get through them in 10 minutes, I’m going to flip through and look for the one that stands out.” And for Bill, that means the one that reflects a strong personal brand.

While there’s a lot that can go into the creation of a personal brand, Bill says it comes down to centering attention on the characteristics you want others to notice most.

You can communicate that through a targeted resume—but you’ll also want to demonstrate it through the activities you participate in. Depending on what you enjoy and what you’re good at, that could mean writing a blog, building a website, publishing articles on LinkedIn, or speaking at local events. Those activities are going to help you build an identity that can set you apart during your job search.

Lead with confidence
“Part of the reason a lot of people get to the executive level is because of their confidence,” explains Bill. “They have a lot of experience under their belt and are able to approach situations with a greater sense of assuredness than they might otherwise.”

That’s a key component that some non-executive job seekers lack. “Many people are embarrassed to toot their own horn in their resume,” Bill says. “They have a hard time stating their accomplishments in a compelling fashion because they feel like they’re blowing them out of proportion.”

But confidence comes into play in nearly every aspect of job searching, including networking, interviewing, and building a personal brand, so it’s an important skill to build.

“If you don’t have confidence, you might sit at home and take the easy route of just applying for jobs online, because you’re afraid of putting yourself out there,” says Bill. “But if you know your value and you know your worth, then you’ll be able to express that to someone else with so much more clarity.”

By embracing an executive mindset in your job search, you’ll avoid spinning your wheels—and at the end of your hunt, you’ll be much more likely to come away with a new role that challenges you and reflects your value.

Want some help taking your job search to the next level? If you’re a SoFi member, for SoFi Career Services, powered by Korn Ferry Advance, to schedule a complimentary one-on-one session with a career coach who can help you plot your next move. Not a SoFi member yet? Head to SoFi.com to learn more.

While COVID has claimed the jobs of million Americans, there are many businesses that are still hiring. Ashley Stahl shares what she’s been seeing from candidates who have been recently looking to switch up their employer.