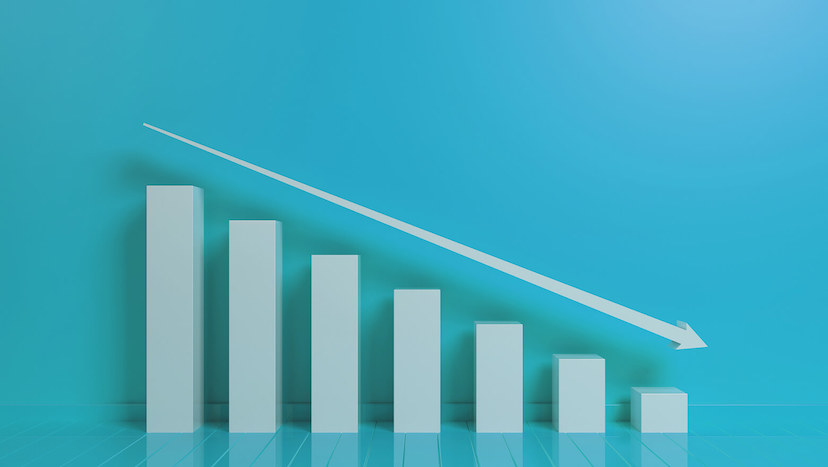 First Quarter GDP Results Are In

Coronavirus is continuing to take its toll on the US economy. The country’s first quarter GDP fell by 4.8%. This was higher than the 3.5% drop that economists predicted.

This marks the first GDP decline since 2014, and the worst contraction since late 2008, when the financial crisis caused a slump of 8.4% in the fourth quarter of that year.

This sobering news was not lost on the Federal Reserve. On Wednesday afternoon, the central bank announced that it’s going to keep its benchmark interest rate near zero . Policymakers said the crisis sparked by the coronavirus will “weigh heavily” on the US economy and promised to use every tool available to help cushion the blow and encourage growth.

The economy has been particularly hard-hit by a drop in consumer spending, which typically comprises over 70% of the nation’s GDP. Purchases of durable goods have declined by more than 16% in the first quarter of 2020, and purchases of services are down by over 10%. Sadly, these numbers make sense given that a record-breaking 26 million Americans have filed for unemployment in recent weeks. The latest jobless claims report will be released today, which could push that number to almost 30 million.

Though a recession technically requires two consecutive quarters of economic decline, economists are already describing the current situation as such. Keep in mind, the first quarter numbers coming out only reflect a few weeks of coronavirus shutdowns and subsequent economic decline. Gregory Daco, Chief US Economist at Oxford Economics, described the first quarter downturn as “only the tip of the iceberg.” He noted that statistics from Q2 will more accurately represent the pandemic’s impact, and will likely show the most significant economic decline since 2009.

The Road to Recovery

Analysts are also making predictions about economic recovery, though plenty of unanswered questions remain. The fastest rebound, in which the global economy bounces back as quickly as it fell apart, would look like a “V.” In this scenario, the virus would clear up by late spring, social distancing measures would be relaxed, and businesses would be able to fire up normal operations again. Early on, many predicted this would be the trajectory, but as closures have lasted longer than anticipated, many analysts expect recovery to be more gradual.

Some economists believe that a “U” shape is more likely, and that the lag time between restrictions being lifted and businesses recovering will be significant. More pessimistic forecasts anticipate a longer road to recovery, perhaps an “L,” where the virus is still prevalent through the second half of 2020, or a “W,” where infections drop, but then come back after restrictions are eased. Yet another scenario could be a tick-shape, or “Nike swoosh”—a gradual return to normalcy through a slow reopening process.

Economists, business owners, lawmakers, and health professionals are all working to predict what the future will look like. While everyone agrees that restarting the economy safely is important, the path to a post-corona world is difficult to predict.

Please understand that this information provided is general in nature and shouldn’t be construed as a recommendation or solicitation of any products offered by SoFi’s affiliates and subsidiaries. In addition, this information is by no means meant to provide investment or financial advice, nor is it intended to serve as the basis for any investment decision or recommendation to buy or sell any asset. Keep in mind that investing involves risk, and past performance of an asset never guarantees future results or returns. It’s important for investors to consider their specific financial needs, goals, and risk profile before making an investment decision.
The information and analysis provided through hyperlinks to third party websites, while believed to be accurate, cannot be guaranteed by SoFi. These links are provided for informational purposes and should not be viewed as an endorsement. No brands or products mentioned are affiliated with SoFi, nor do they endorse or sponsor this content.
Communication of SoFi Wealth LLC an SEC Registered Investment Advisor
SoFi isn’t recommending and is not affiliated with the brands or companies displayed. Brands displayed neither endorse or sponsor this article. Third party trademarks and service marks referenced are property of their respective owners.
SOSS43001