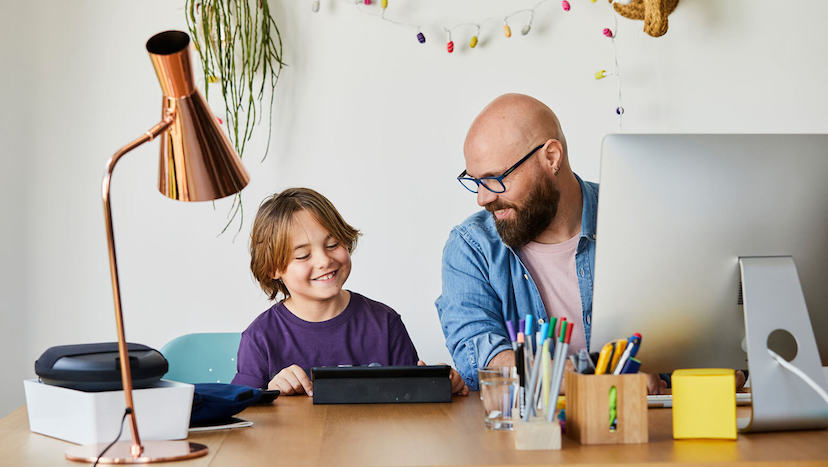 The year 2008 is back—for video games, at least. In the month of March, as coronavirus forced much of the United States to stay home, gaming generated $1.6 billion. The industry has seen 35% growth in spending so far this year as Americans buy more accessories, consoles, and games while they are stuck inside.

Before the pandemic began, video game sales had dropped by 28% over the course of a year, but that dip has been counteracted. Analysts suspect the change in spending is a direct result of stay-at-home orders. “Whether together on the couch playing locally, or playing online, gaming has generated increased engagement, which has resulted in corresponding increases in consumer spending,” said Matt Piscatella , a Games Industry Analyst at the NPD Group, a market research company.

Two of the industry’s biggest video game publishers, Activision Blizzard (ATVI) and Electronic Arts (EA), are expected to report earnings from the first quarter today. So far in 2020, Activision has seen a 9% spike in its stock price. For context, the S&P 500 has fallen by 9% during this time. Shares of Electronic Arts have also seen a 5% surge.

Just last week, EA announced it was partnering with Google (GOOGL). The two companies will release five of EA’s games, including Star Wars Jedi: Fallen Order, EA Sports FIFA, and Madden NFL, on Stadia, Google’s new gaming platform. The games are expected to be available for online streaming by this winter.

Nintendo and the Bank of Nook

Nintendo (NTDOY) is expected to report earnings on May 7. The report is highly anticipated because of the pandemic-induced rise of “Animal Crossing: New Horizons.” The game’s popularity has actually made it hard for Nintendo to keep up with production of its Switch device.

While hints of supply stress were evident in February, shortages started to appear in the United States in March. The Switch was out of stock at Amazon (AMZN), Best Buy (BBY), Target (TGT), and Walmart (WMT), and online sellers started price gouging. Overall, Switch sales last month doubled since last April.

Nintendo is trying to work quickly to get the Switch back into the hands of consumers. The goal for this fiscal year is to make 22 million devices. Still, despite the company’s best efforts, it may not be able to get retail stock back until June. It’s possible that people who can’t get access to the Switch will purchase other gaming systems instead.

Interestingly, the fictional bank in Animal Crossing called the “Bank of Nook” has lowered its interest rates, much like real banks around the world. This move was intended to encourage players to spend money in the game. Coronavirus is impacting the video game industry in the real world, and has even affected fictional economies in the video games themselves.

Please understand that this information provided is general in nature and shouldn’t be construed as a recommendation or solicitation of any products offered by SoFi’s affiliates and subsidiaries. In addition, this information is by no means meant to provide investment or financial advice, nor is it intended to serve as the basis for any investment decision or recommendation to buy or sell any asset. Keep in mind that investing involves risk, and past performance of an asset never guarantees future results or returns. It’s important for investors to consider their specific financial needs, goals, and risk profile before making an investment decision.
The information and analysis provided through hyperlinks to third party websites, while believed to be accurate, cannot be guaranteed by SoFi. These links are provided for informational purposes and should not be viewed as an endorsement. No brands or products mentioned are affiliated with SoFi, nor do they endorse or sponsor this content.
Communication of SoFi Wealth LLC an SEC Registered Investment Advisor
SoFi isn’t recommending and is not affiliated with the brands or companies displayed. Brands displayed neither endorse or sponsor this article. Third party trademarks and service marks referenced are property of their respective owners.
SOSS50503