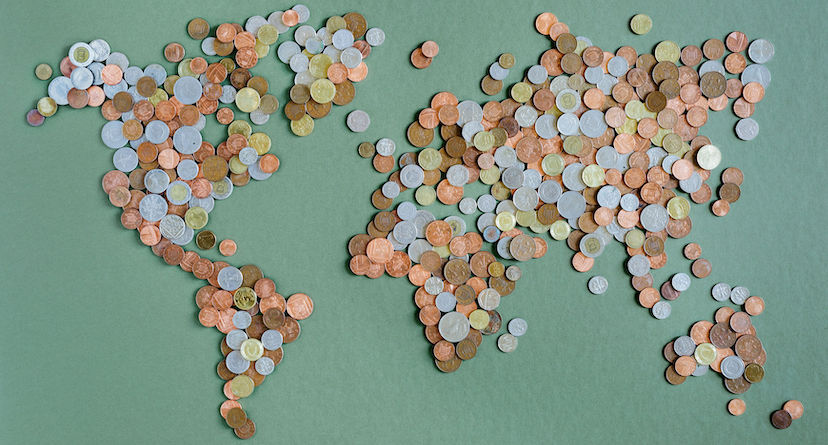 EU leaders reached a historic deal yesterday, passing a €1.8 trillion ($2.06 billion) package to help countries recover from economic downturn related to the pandemic. After four days of socially distanced negotiations, the bloc’s 27 leaders reached a consensus. Their agreement includes a €750 billion ($857 billion) funding package for countries and sectors most impacted by the coronavirus, as well as a budget of over €1 trillion ($1.15 trillion) which will be spent between next year and 2027. In regards to the €750 billion ($857 billion) lifeline, €390 billion ($450 billion) will be distributed as grants and €360 billion ($407 billion) will be classified as loans.

This is the first time in the EU’s history it has issued hundreds of billions of euros worth of common debt. This ties the EU countries together financially more than other policies have in the past. Some economists have called this the EU’s “Hamiltonian moment,” comparing the agreement to Alexander Hamilton’s decision for the Federal Government to absorb US states’ debts.

Talks in Brussels were not without tension. After much discussion, German Chancellor Angela Merkel and French President Emmanuel Macron reached a compromise about how much money should be distributed in grants and loans. In recent years, Germany has rebuked calls for deeper integration into the EU economy and France has been critical of these decisions. The agreement reached by Merkel and Macron shows the alliance between the two countries is stronger than it has been recently.

Italian Prime Minister Giuseppe Conte and Dutch Prime Minister Mark Rutte also disagreed about how much should be spent on grants and what conditions should be attached to loans. The Netherlands and other northern countries wanted to make sure the plan would not set up a pattern of wealth transfers in the EU. Ultimately, the fiscally conservative members agreed to the deal as a one-time response to a crisis, which they believe will save them money in the long term and help avoid further economic hardship in southern countries.

The Impact of the Deal

Even with the stimulus plan, analysts think the eurozone’s economy could contract by up to 9% this year. While many sectors of the European economy are coming back to life after lockdowns, the tourism industry, which generates billions of dollars for the bloc, will be significantly smaller this year.

News of the deal gave European stocks a boost. When the agreement came together, Germany’s DAX advanced 1%, France’s CAC rose 0.2%, and the UK’s FTSE 100 rose 0.1%. The pan-European Stoxx 600 ticked up 0.3%, and the compromise also boosted sentiment in the US. Traders now have their eyes on Congress and believe that some form of fiscal relief is on the way from Washington.

Please understand that this information provided is general in nature and shouldn’t be construed as a recommendation or solicitation of any products offered by SoFi’s affiliates and subsidiaries. In addition, this information is by no means meant to provide investment or financial advice, nor is it intended to serve as the basis for any investment decision or recommendation to buy or sell any asset. Keep in mind that investing involves risk, and past performance of an asset never guarantees future results or returns. It’s important for investors to consider their specific financial needs, goals, and risk profile before making an investment decision.
The information and analysis provided through hyperlinks to third party websites, while believed to be accurate, cannot be guaranteed by SoFi. These links are provided for informational purposes and should not be viewed as an endorsement. No brands or products mentioned are affiliated with SoFi, nor do they endorse or sponsor this content.
Communication of SoFi Wealth LLC an SEC Registered Investment Advisor
SoFi isn’t recommending and is not affiliated with the brands or companies displayed. Brands displayed neither endorse or sponsor this article. Third party trademarks and service marks referenced are property of their respective owners.
SOSS072201