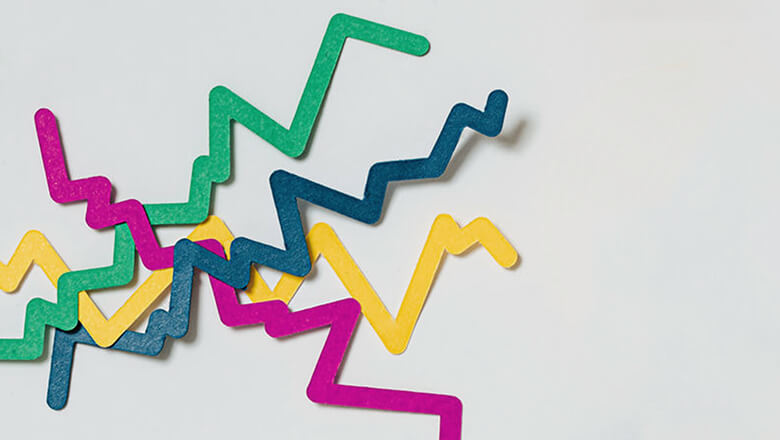 A Crazy Week for Crude

Selling Something Nobody Uses

On Monday, an overabundance of crude oil collided with a poorly timed contract schedule and forced oil prices to fall to historic lows. Those losses bled into Tuesday, though the per-barrel price for West Texas Intermediate crude—the US benchmark—broke back above zero by yesterday morning.

The demand problem is a direct result of the coronavirus pandemic. As life has come to a halt in the United States and in many parts of the world, demand for oil is exceptionally low, global pumps are still operational, and now storage space for the commodity is running out.

On Monday, that meant crude oil prices on the May contract for West Texas Intermediate futures fell to a historic low of -$37.63. If the price had held on, that would have meant sellers would have to pay buyers to take their oil. The price rose again on Tuesday, but analysts expect the market to struggle for the foreseeable future. One Deutsche Bank (DB) analyst wrote to clients that they should expect oil prices to appear in the negatives again within the month.

Demand for oil in April could end up at lows not seen since 1995. Compared with last April, demand is expected to be reduced by 29 million barrels per day, the International Energy Agency reports.

Saudi Arabia and Russia appeared to score a win after American oil prices fell to historic lows on Monday. Remember, earlier this month, the two nations reached a deal to remove 9.7 million barrels of crude oil from the market every day after May 1 to help stabilize prices.

Still, analysts don’t expect the victory to last long. Dave Ernsberger, Head of Commodities Pricing at S&P Global Platts said on Tuesday that, “Saudi Arabia and Russia have both won here, but it’s a very pyrrhic victory.” He added that, “they need to look over their shoulder because Brent is not far behind, other crude benchmarks are not far behind, and the world is running out of storage.”

As if on cue, Brent crude futures—the international benchmark—tumbled to their lowest level since 2002 reaching $19.33 per barrel—a 24% drop.

Some Cause for Hope in Oil Futures

It’s possible that the American oil situation is more hopeful than the May West Texas contract suggests. Some analysts think timing on the contract was to blame for the negative price on Monday. They say the June contract is trading more actively and might be a more accurate measure of oil prices. On Tuesday, the June contract had oil priced at $15.75 per barrel. That’s a 22% drop, but it’s not a negative price.

Additionally, there was tempered optimism surrounding President Trump’s claim that he “will never let the great US Oil & Gas Industry down.” On Tuesday, Trump ordered Energy Secretary Dan Brouillette and Treasury Secretary Steven Mnuchin to devise a possible rescue package for the struggling sector. Yesterday, Brouillette organized a phone call with several members of Congress to brainstorm what aid might look like. While Trump appeared to shoot down the idea of any aid being included in the small business relief bill working its way through Washington, it will be important to watch for how soon an individual solution might be reached for the oil industry.

Please understand that this information provided is general in nature and shouldn’t be construed as a recommendation or solicitation of any products offered by SoFi’s affiliates and subsidiaries. In addition, this information is by no means meant to provide investment or financial advice, nor is it intended to serve as the basis for any investment decision or recommendation to buy or sell any asset. Keep in mind that investing involves risk, and past performance of an asset never guarantees future results or returns. It’s important for investors to consider their specific financial needs, goals, and risk profile before making an investment decision.
The information and analysis provided through hyperlinks to third party websites, while believed to be accurate, cannot be guaranteed by SoFi. These links are provided for informational purposes and should not be viewed as an endorsement. No brands or products mentioned are affiliated with SoFi, nor do they endorse or sponsor this content.
Communication of SoFi Wealth LLC an SEC Registered Investment Advisor
SoFi isn’t recommending and is not affiliated with the brands or companies displayed. Brands displayed neither endorse or sponsor this article. Third party trademarks and service marks referenced are property of their respective owners.
SOSS42202