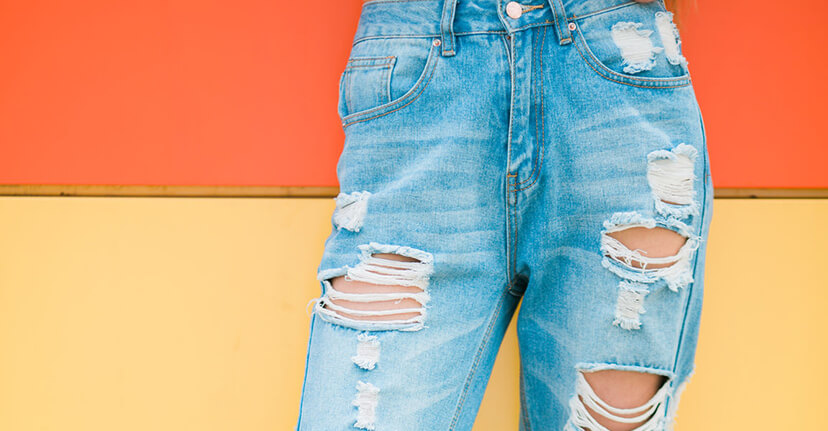 The Company Chat: A Look at Levi’s Pair of IPO’s

On March 21, the floor of the New York Stock Exchange was full of traders wearing denim jackets and blue jeans. No, it wasn’t casual Friday (in fact, it was a Thursday). The occasion for breaking their strict dress code? Levi Strauss, the iconic jeans maker, was going public after a 30-year hiatus from the markets.

In a season of roller coaster initial public offerings (IPOs) for upstarts, like Lyft and Uber, the 165 year-old brand had a more streamlined debut. Levi Strauss shares soared 30% in the first day of trading, increasing from $17 to more than $22 per share.

(The company’s bankers had initially advised Levi to price its shares even lower, between $14 and $16, apparently underestimating Wall Street’s demand.) The company’s valuation surged from $6.6 billion to $8.7 billion as a result.

The Levi’s brand has stood the test of time (who doesn’t love a pair of 501 jeans?). Here’s a bit of background about this company’s colorful history and why it went public, then private—then public again.

A Golden Beginning, a Storied History

A Jewish immigrant from Bavaria, Levi Strauss moved to San Francisco from New York in 1853 to take advantage of the Gold Rush boom. Instead of panning for nuggets, Strauss decided it would be a better bet to feed the prospectors instead. So he opened a dry goods business that stocked general stores across the West.

As the business blossomed, Strauss got to know a customer of his named Jacob Davis. A tailor, Davis had come up with the idea to place metal rivets in denim work pants to keep them from falling apart.

Strauss invested in the innovation, and the pair received a patent for what would become blue jeans in 1873. (They were called “overalls” or “waist overalls” until around 1960.) The first jeans for women didn’t appear until 1934 .

With the popularity of denim exploding in the 1960s, Levi’s became an international brand. Eventually, the company expanded to other trademarks like Dockers and Denizen and went beyond jeans to sell dress pants, tops, skirts, footwear, and more. Now, the company sells its products in more than 50,000 retail stores in over 100 countries. In 2018, the company took in more than $5.6 billion in net revenues.

What Happened During its First IPO?

Strauss didn’t have any children and left the company to his four nephews. His descendants continued to own the company privately for many years until they decided to take it public for the first time in 1971 .

At that point, it was one of the largest IPOs ever, with the company issuing 1.07 million shares and raising $47.8 million. Shares were priced at $47 but began trading at $60.

Why Did It Go Back To Being Private?

By 1985, Levi Strauss was the largest clothing maker in the world. But that summer, Strauss’s descendants announced that they would take the company private through a leveraged buyout —which is when either management or outsiders buy a controlling stake in a company financed by outside debt, using the company’s assets as collateral.

Changing fashions and a decline in the population of young people had bruised the jeans industry in the late 1970s and early 1980s. The company’s stock had fallen from a high in the $50s in 1983 to the $20s and $30s in the next two years. Revenues and profits were declining as well.

At the same time, Levi’s was positioned for a buyout, since it had hundreds of millions of dollars in cash holdings. Going private “would allow management to focus its attention on the long-term rather than being concerned with the short-term as a public company must be,” the Strauss heirs said through a spokesperson at the time.

So Why Did Levi’s Go Public Again?

Strauss’s descendants seemed to have inherited his business genes (no pun intended). After going private, the company rebounded. The brand evolved over time, taking advantage of the “Casual Friday trend of the 1990s” and the emergence of e-commerce and continuously working to appeal to younger users. Net revenues grew from $4.8 billion in 2011 to $5.6 billion in 2018, with profits of $285 million last year.

On the heels of this solid performance, the company decided to go public to raise money for future growth. According to its prospectus , Levi’s plans to use funds to increase sales in its top five markets, expand its presence in selling tops and women’s clothing, and penetrate further into emerging markets like China, India, and Brazil.

It will also put the money toward core operating expenses and opening new stores, including 100 locations in 2019. After the public offering, Strauss’s descendents still control 80% of voting shares, so they’ll continue to be in the driver’s seat.

Why did the stock market have this response to Levi’s reappearance on the market? This was especially notable given that the retail industry as a whole isn’t doing that well. Retail sales declined 1.2% in December 2018, the worst drop in nine years.

Fallout from talks about U.S.-China tariffs, the rise of e-commerce, and retailer bankruptcies and store closures have continued to plague the industry. The fact that the Strauss family would still retain majority control over the business may have been less than appealing to potential shareholders.

Levi’s has also been selling more directly to consumers, as opposed to wholesalers or retailers, which has caused gross margins to improve from 51% to 54% from 2015 to 2018.
The company has also worked hard to attract younger customers: Beyoncé wore Levi’s-branded cutoff shorts at her Coachella performance, and Justin Timberlake was the face of a capsule collection that launched in 2018.

The brand plans to continue appealing to younger consumers, for example by expanding the ability for people to customize the company’s jeans and T-shirts. Plus, you can’t argue with the fact that Levi’s is actually profitable and will pay dividends to investors, while the stock price was relatively affordable.

Even though Strauss’s family is still in control of the business, some investors were probably reassured by the fact that the management team, including the CEO is comprised of outside professionals. The board, besides the CEO and two family members, is otherwise independent. It remains to be seen whether Levi’s is a public company for good in its second century of existence.

Getting in on IPOs

Thinking about investing in a future IPO? Check out SoFi Invest, where you can grow as an investor without paying any SoFi fees. SoFi is built to grow with you and your goals—no matter what your skill level at the start.

Third-Party Brand Mentions: No brands or products mentioned are affiliated with SoFi, nor do they endorse or sponsor this article. Third-party trademarks referenced herein are property of their respective owners.
External Websites: The information and analysis provided through hyperlinks to third-party websites, while believed to be accurate, cannot be guaranteed by SoFi. Links are provided for informational purposes and should not be viewed as an endorsement.
SoFi Invest®
The information provided is not meant to provide investment or financial advice. Investment decisions should be based on an individual’s specific financial needs, goals and risk profile. SoFi can’t guarantee future financial performance. Advisory services offered through SoFi Wealth, LLC. SoFi Securities, LLC, member FINRA / SIPC .
Investing in an Initial Public Offering (IPO) involves substantial risk, including the risk of loss. Further, there are a variety of risk factors to consider when investing in an IPO, including but not limited to, unproven management, significant debt, and lack of operating history. For a comprehensive discussion of these risks please refer to SoFi Securities’ IPO Risk Disclosure Statement. IPOs offered through SoFi Securities are not a recommendation and investors should carefully read the offering prospectus to determine whether an offering is consistent with their investment objectives, risk tolerance, and financial situation.

New offerings generally have high demand and there are a limited number of shares available for distribution to participants. Many customers may not be allocated shares and share allocations may be significantly smaller than the shares requested in the customer’s initial offer (Indication of Interest). For SoFi’s allocation procedures please refer to IPO Allocation Procedures.