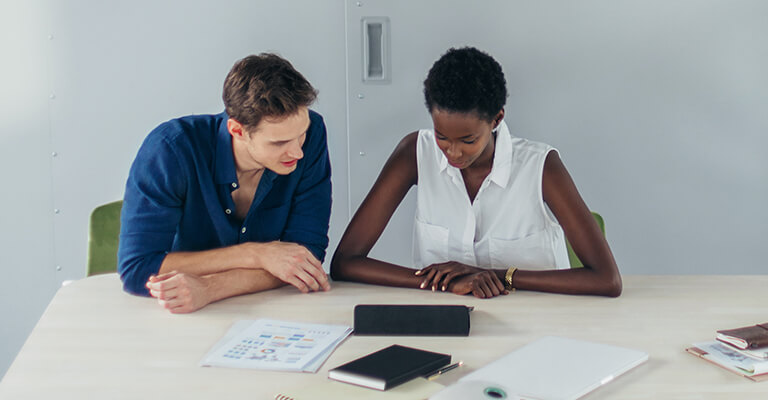 How to Ask for a Raise When You Are Underpaid

Money may not be everything, but it certainly plays a considerable role in your job satisfaction. And if you suspect you’re underpaid, your happiness can plummet—quickly. A recent Indeed survey revealed that only 19% of American workers are comfortable with how much they make and say they’d need a $6,000 raise to feel good about their salaries. Additionally, Glassdoor found that a majority of its users are underpaid by an average of $4,700.

If you think you deserve more, it’s worth doing some research to determine if you are truly underpaid—and if so, using that information to have a conversation with your boss. But before you set foot in his or her office, you have to understand how much of a raise to ask for and the best way to ask for a raise in that situation.

The Best Way to Ask for a Raise

Here are four steps to take to determine your value in the market and learn how to ask for a raise when you are underpaid.

Step 1: Understand what’s going on in your company and industry

Chances are, no one’s going to approach you and inform you that you’re underpaid. However, by paying attention to what’s going on in your company and industry, you can often pinpoint reliable signs that you need to push for more.

“Sometimes, industries will go through rapid change or growth, which will increase marketability for certain skill sets,” explains Jennifer Zamora, a career coach at SoFi and Korn Ferry Advance. In recent years, for example, there has been a significant rise in the demand for UX and UI designers—and with increased demand often comes increased market value. “That can be a flag for you to have a conversation.”

On a smaller scale, you may have noticed shifts within your company. If you’ve gone through a recent reorganization or restructuring, for instance, you may have experienced a change to your job title and responsibilities. “If a compensation review wasn’t done at the same time as that reorganization, you may want to ask to have that conversation,” says Zamora.

Or, perhaps you didn’t negotiate when you were first hired, and now that you have a few years of experience under your belt—and salary intel from your co-workers and network—you realize you’ve consistently been working for a lower-than-market rate. Any of these situations can be a sign that you could dig in further to determine your fair market value and consider asking for a raise.

If you determine you might be underpaid, the next step is to figure out how much of a raise to ask for.

To some extent, the internet makes this simple. You can easily gather data from salary calculators and job boards like Glassdoor, PayScale, and Salary.com. Keep in mind the limitations of this data, though. For most sites, the data is self-reported by employees, rather than directly by the company.

“There are so many nuances that go into someone’s salary, and you’re getting an aggregated range for different companies, industries, and roles,” explains Zamora. “So it’s a data point, but it shouldn’t be the end-all, be-all for how you determine compensation.”

In addition to gathering data online, consider reaching out to your network and asking for input on a salary range for your position. That can help you gauge an appropriate number to shoot for.

Step 3: Prepare for the conversation

While market data alone could be enough to make the case for a raise, you should also come to the conversation with proof of your performance.

“You want your boss to see that you’ve put thought and preparation into your request,” says Zamora. Plus, your immediate manager may not have the authority to immediately grant you an increase; so bringing proof of your performance and accomplishments can help him or her advocate for you up the ladder.

As you collect information about salary, make sure to also gather examples of your recent accomplishments, goals you’ve met, and accolades you’ve received from co-workers or clients. This information, along with the salary data you gathered, can help make a strong case even stronger.

The best way to ask for a raise, however, comes down to a few simple elements: “You want to be thoughtful, sincere, and authentic,” Zamora says. “If you approach it from an authentic place, your employer will likely meet that with a level of sincerity as well.”

Step 4: Know your plan if the answer is “no”

In some ways, the strategy behind how to ask for a raise when you are underpaid may not seem dissimilar to how you would approach a performance-based raise. But according to Stacey Perkins, a career coach at SoFi and Korn Ferry Advance, there’s an important difference.

“For both, you want to have market data and you want to be able to show your contributions. However, the conversation itself will be very different,” she says. Why? “Because many times, when you’re underpaid, you’re considering leaving the company.”

Often, she elaborates, if you’re asking for a raise based on your stellar performance, you’re otherwise happy with your role and company. But if you truly feel you’re undervalued and underpaid, you may not be so satisfied. That doesn’t mean you should threaten to quit if you don’t receive a salary bump—but you should expect that your boss may ask if you’re looking elsewhere.

“Be prepared for the conversation to go in that direction,” says Perkins.

Learning how to ask for a raise when you’re underpaid is critical when so many people report dissatisfaction with their current compensation. Arm yourself with relevant data and evidence of your achievements, and you can make a strong case.