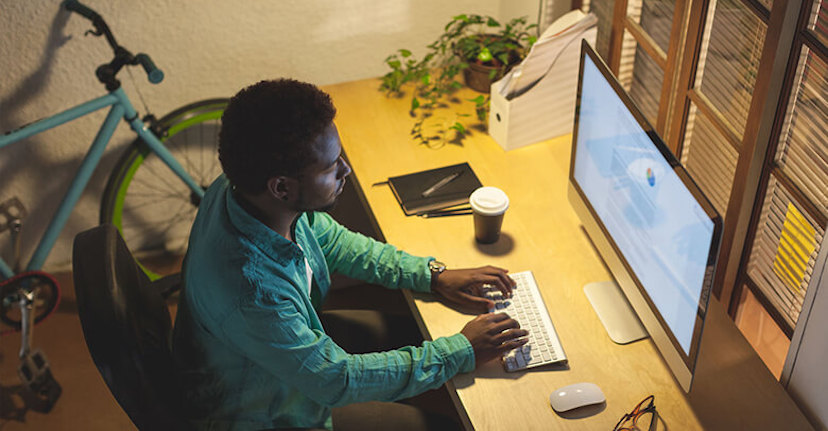 Advantages of the New Chips for Apple

Yesterday, Apple (AAPL) unveiled two new computers, a MacBook Air and a Mac Mini desktop, which are powered with chips made by Apple instead of an outside provider. Apple designs its own chips for iPhones and iPads, but this is the first time it has developed in-house chips for computers.

This transition will give Apple a number of long-term advantages. It will save money for the company and will give it more design flexibility. For example, apps originally developed for iPhones will be able to run on Macs with the new chips.

The Potential for Stumbling Blocks

Despite these benefits, the transition is a huge undertaking and there could be some hiccups.
Mac computers have used Intel (INTC) chips since 2005. Apple says the entire transition away from these chips will likely take about two years. However, the company has promised to support Macs with Intel chips after the tradition is complete.

Though Apple is gaining attention for its new in-house chips, it hopes that for Mac users, the transition from a computer powered by an Intel chip to a computer powered by an Apple chip will be seamless. Ideally, consumers will hardly even notice a change. People want to be able to place full trust in their laptops, and if Apple’s new products show signs of having flaws, it could still risk losing business despite its loyal customer base.

Apple Has Done This Before

This is not Apple’s first time taking on a challenging transition between different types of chips. In the mid-1990s, the company exchanged Motorola (MSI) chips that were in the first Macs for PowerPC chips, built through a collaboration between IBM (IBM) and Motorola.

Then, in the early 2000s, Apple switched from the original Mac OS to the Unix-based OS X operating system. In 2005, Apple transitioned from PowerPC to Intel chips. While this latest transition will be significant, Apple has had plenty of practice with successfully implementing similar changes.

Please understand that this information provided is general in nature and shouldn’t be construed as a recommendation or solicitation of any products offered by SoFi’s affiliates and subsidiaries. In addition, this information is by no means meant to provide investment or financial advice, nor is it intended to serve as the basis for any investment decision or recommendation to buy or sell any asset. Keep in mind that investing involves risk, and past performance of an asset never guarantees future results or returns. It’s important for investors to consider their specific financial needs, goals, and risk profile before making an investment decision.
The information and analysis provided through hyperlinks to third party websites, while believed to be accurate, cannot be guaranteed by SoFi. These links are provided for informational purposes and should not be viewed as an endorsement. No brands or products mentioned are affiliated with SoFi, nor do they endorse or sponsor this content.
Communication of SoFi Wealth LLC an SEC Registered Investment Advisor
SoFi isn’t recommending and is not affiliated with the brands or companies displayed. Brands displayed neither endorse or sponsor this article. Third party trademarks and service marks referenced are property of their respective owners.
SOSS111103