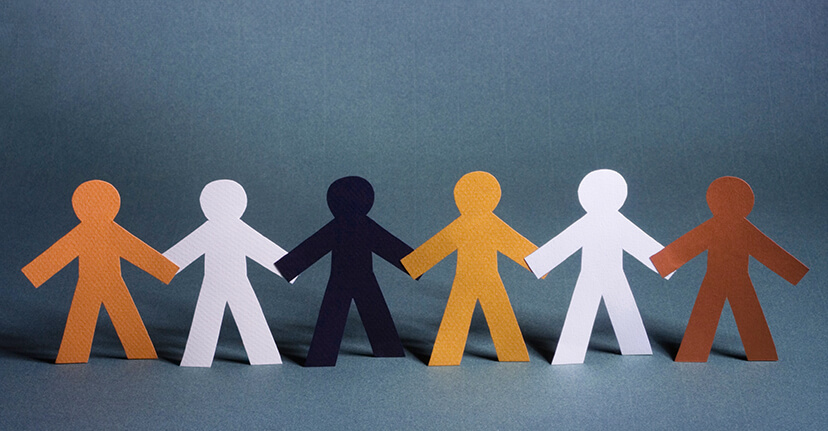 If you’ve kept up with the democratic debates or campaigns recently, you may have heard the term universal basic income, or UBI, tossed around.

The program’s biggest proponent, democratic candidate Andrew Yang, says that a universal basic income will be key to protecting the American economy in the future, especially as more jobs are replaced by automation and technology. His plan for a “Freedom Dividend ” would give Americans $1,000 a month, which he argues would increase productivity and boost economic growth.

Here’s a look at what universal basic income is, Yang’s proposed plan, and how adopting a UBI could possibly affect you in the future.

What Is a Universal Basic Income?

The idea for a universal basic income (UBI) has been around for hundreds of years. Thomas Paine, one of the architects of the American Revolution proposed that individuals be given a “groundrent,” or a one-time payment, when they turned 21, and then a yearly stipend after that.

Even Napoleon considered the idea of a universal basic income, though he never implemented it. However, the concept as we know it today really took hold in the 20th century.

In the 1960s, Martin Luther King, Jr. called for a UBI in order to abolish poverty and help diminish income inequality amongst Americans as well.

Richard Nixon flirted with a UBI of sorts in 1969 with a plan to assist poor families by giving them $1,600 a year. Both plans fizzled out amidst opposition on both sides of the aisle.

A universal basic income as we know it today is a minimum income that is guaranteed by a government and provides a financial security net.

Models for UBI vary. Some like those proposed by Paine over two hundred years ago, would give everyone a basic income regardless of what they currently make. Others might target a specific population, such as those below the poverty line. The ways in which plans would be funded vary, but some propose taxes on the wealthy or taxes on corporations to pay for the program.

What Are the Pros and Cons of Universal Basic Income?

The idea of a UBI can be divisive, often along party lines. Here’s a look at some of the potential advantages and disadvantages of a universal basic income program.

•  Individuals would be able to afford to spend time searching for better, higher-paying jobs

•  Low-income individuals who use government welfare programs could avoid the so-called “poverty trap” that disqualifies them from programs, such as food stamps, if they make too much money

•  During recessions, payments could help stabilize the economy

•  As more people can afford goods and services, increased demand may trigger inflation, which in turn could reduce the effectiveness of the universal basic income

•  The program may be prohibitively expensive—a UBI of $1,000 per person in the U.S. would translate to well over $3 trillion per year

•  A UBI program could be difficult to implement politically

What Is the Freedom Dividend?

Andrew Yang’s Freedom Dividend plan comes as a response to what the candidate sees as a gathering crisis in the U.S. job market. Yang, serial entrepreneur and founder of philanthropic non-profit Venture for America , became increasingly concerned with how technology and automation will continue to replace jobs. He cites 4 million jobs already lost to automation in the U.S., with millions more on the line in the coming years.

Automation may be a good thing in some circumstances since it means humans no longer have to perform many dangerous or repetitive tasks. However, it may also mean workers no longer have the income to pay for basic necessities, start families or pay for education.

Yang’s plan for universal basic income would grant $1,000 per month, or $12,000 per year, to every person over the age of 18. Yang’s plan would give a UBI even to the very rich to help dispel any stigma associated with accepting cash transfers from the government.

Yang proposes to pay for his program by consolidating some other government welfare programs and levying a 10% value-added tax (VAT) on the production of goods and services produced by businesses. Yang says the VAT would make it harder for large corporations to avoid paying taxes.

Medicare and Medicaid would be unaffected by the plan, though other government benefits, such as the Supplemental Nutrition Assistance Program, would be. Individuals who currently use government welfare programs like this could choose between staying on the program or receiving their UBI.

According to Yang, his plan for a UBI will lead to myriad benefits, including encouraging people to find work, improving labor market efficiency, and increasing entrepreneurship.

The candidate told a crowd on a recent campaign stop in Plaistow, N.H.,“People will realize that we can build a trickle-up economy from ourselves, our families, and our communities.”

Has Universal Basic Income Ever Worked?

For a current example of guaranteed income, look no further than America’s 49th state, Alaska. After oil was discovered in the state, Alaska passed a state constitutional amendment to create the Alaska Permanent Fund as a repository for state oil revenue.

In 1982, Alaskans were paid their first dividend of $1,000 from the fund, and typically receive dividends of $1,000 to $2,000 a year. Though the program is not the same as a universal basic income program, it does have the effect of allowing many Alaskans to save for financial goals like education or help pay for basic necessities.

Hawaii is also considering a universal basic income following trials in some European cities. The state introduced a bill in 2017 stating that Hawaiians are entitled to “basic financial security” and tasks the state government with finding ways to make that happen.

The idea of a universal basic income has grown more popular in recent years. While its detractors worry about increasing the welfare state, it’s proponents see it as a way to shrink income inequality, boost the economy and help people save.

We are nowhere near knowing who the Democratic presidential nominee will be, and a UBI program may be many years off. In the meantime, you can address your own financial planning needs with an investment account like one from SoFi Invest.

Investors who like to take a hands-on approach can opt for active investing, which allows them to choose among stocks and exchange-traded funds (ETFs) to build their investments.

Those who prefer to be less involved can use passive methods such as automated investing that builds a balanced and diversified portfolio for you.

Investing your savings may give you access to potential market returns, and you can withdraw your funds at any time when you need it.

External Websites: The information and analysis provided through hyperlinks to third-party websites, while believed to be accurate, cannot be guaranteed by SoFi. Links are provided for informational purposes and should not be viewed as an endorsement.
SoFi Invest®
The information provided is not meant to provide investment or financial advice. Investment decisions should be based on an individual’s specific financial needs, goals and risk profile. SoFi can’t guarantee future financial performance. Advisory services offered through SoFi Wealth, LLC. SoFi Securities, LLC, member FINRA / SIPC .
SOIN19186