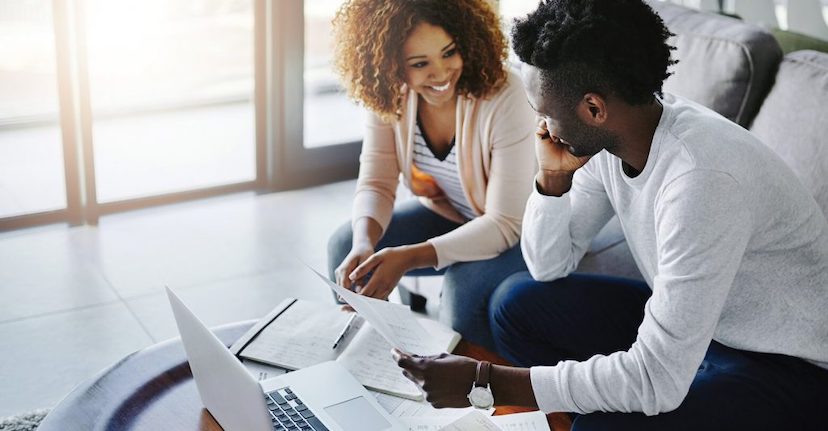 Today, the US Census Bureau reports durable goods data for March. The figure tracks durable goods manufacturers’ shipments, orders, and inventories for the month. In February, new orders for durable goods declined by $2.9 billion, or 1.1% to $254 billion. This marked the first decrease after nine months of consecutive increases, but economists are anticipating a rebound in March’s report. Core capital goods for March are also released today.

On Tuesday, the Conference Board releases the Consumer Confidence Index for April. The index tracks how households feel about the health of the economy and is often used to predict consumption and saving habits. In March the index reached 109.7—a big uptick from February when the reading was 90.4. This March, consumer confidence hit its highest level since the onset of the pandemic. As more people receive COVID-19 vaccines and shutdown restrictions ease, the reading could continue to climb. The February Case-Schiller home price index and homeownership rate for Q1 are also released Tuesday.

On Wednesday, the Federal Reserve will make an announcement. Investors will be on the lookout for any commentary about the Fed’s stance on an increase in interest rates. During the March FOMC meeting the Fed said the economy still needs extra support.

On Friday, Consumer spending numbers for March will be released. The index tracks the value of goods and services purchased by US consumers in the month. Consumer spending sank 1% in February for its steepest decline in ten months. Consumer spending should increase in March, buoyed by pandemic stimulus checks, lower unemployment, and businesses reopening.

Today, Tesla (TSLA) reports quarterly earnings. Investors will want to see if the electric vehicle maker can keep up its six-quarter profit streak. Tesla recently faced stumbling blocks in its fast-growing Chinese market due to quality complaints, which has led to a public rebuke from Chinese regulators and a vow by Tesla to improve. Tesla CEO Elon Musk thinks China will eventually become the company’s largest market.

On Tuesday, look for Microsoft (MSFT) to report quarterly earnings. The software giant just ended $10 billion takeover talks with the popular messaging app Discord. Microsoft has been looking for acquisitions to bolster its consumer reach recently. Last summer it tried to purchase parts of TikTok, the short video app.

On Wednesday, Apple (AAPL) reports quarterly earnings. Analysts anticipate that Apple will beat Wall Street’s forecasts for the quarter. Apple is also expected to announce a share repurchase program and dividend increase. Apple could buy back as much as $50 billion in stock and raise its dividend payout by more than 10%.

Mastercard (MA) will report earnings for the quarter on Thursday. Last week the credit card giant paid $850 million to acquire Ekata, an identity verification company. The purchase is aimed at enhancing Mastercard’s digital identity and security framework. The company is also investing millions of dollars in Fearless Fund, a VC firm founded by Black women which invests in female, BIPOC-owned startups.

On Friday, ExxonMobil (XOM) reports quarterly earnings. The oil company, which is facing investor pressure to combat climate change, announced a $100 billion plan to make money capturing carbon and burying it beneath the Gulf of Mexico. ExxonMobil wants to offer its service to industrial companies in the Houston, Texas area including petrochemical plants.

Please understand that this information provided is general in nature and shouldn’t be construed as a recommendation or solicitation of any products offered by SoFi’s affiliates and subsidiaries. In addition, this information is by no means meant to provide investment or financial advice, nor is it intended to serve as the basis for any investment decision or recommendation to buy or sell any asset. Keep in mind that investing involves risk, and past performance of an asset never guarantees future results or returns. It’s important for investors to consider their specific financial needs, goals, and risk profile before making an investment decision.
The information and analysis provided through hyperlinks to third party websites, while believed to be accurate, cannot be guaranteed by SoFi. These links are provided for informational purposes and should not be viewed as an endorsement. No brands or products mentioned are affiliated with SoFi, nor do they endorse or sponsor this content.
Communication of SoFi Wealth LLC an SEC Registered Investment Adviser
SoFi isn’t recommending and is not affiliated with the brands or companies displayed. Brands displayed neither endorse or sponsor this article. Third party trademarks and service marks referenced are property of their respective owners.
SOSS21042601