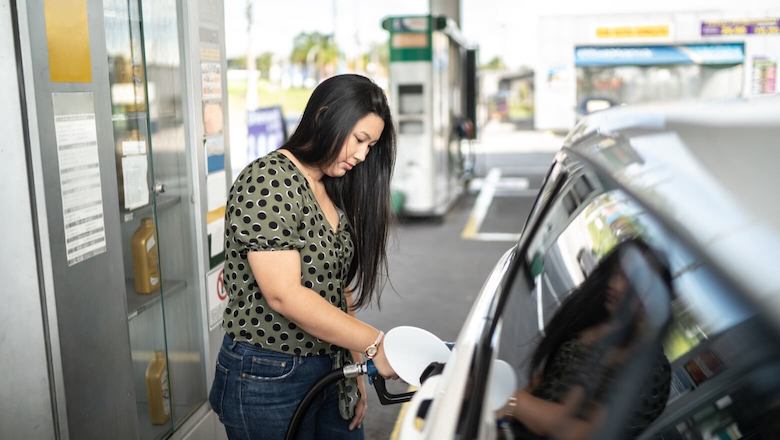 Since Russia’s invasion of Ukraine two weeks ago, the US and its Western allies have put in place a series of economic sanctions designed to punish President Vladimir Putin’s aggression. Given around 40% of Russia’s federal budget is funded by the sale of fossil fuels, there have been widespread calls to ban their importation into the US. Yesterday, President Joe Biden took that step.

Meanwhile, the United Kingdom announced plans to phase out Russian oil imports by the end of 2022. The European Union has laid out a path toward eliminating its dependence on Russian fossil fuels. Around 90% of the EU’s natural gas is imported, with upwards of 45% coming from Russia.

As word hit the Street regarding Biden’s ban, the price of oil soared higher across the world. This comes amid already-spiking prices. This week, US benchmark West Texas Intermediate hit its highest mark since 2008, with crude futures contracts going over $130 a barrel.

Consumers are feeling the pain at the pump in the US and elsewhere. The average price for a gallon of regular gas reached $4.173 yesterday according to AAA, which is an all-time high. President Biden warned his ban will send prices even higher, and cautioned companies against trying to take advantage of the situation.

What US Consumers Can Expect

Russia is a major exporter of natural gas and oil — ranking as the world’s third-largest oil producer behind Saudi Arabia and the US. One of the country’s deputy prime ministers predicted oil prices could eventually hit $300 per barrel in the wake of this ban. Analysts are also sending out warnings, saying there could be a massive impact in both energy markets and the broader global economy.

If there’s any silver lining, only around 8% of US fossil fuel imports come from Russia. The bulk of foreign oil comes from Canada, Mexico, and Saudi Arabia, leaving the US much less exposed to the ban’s direct impact compared to some European nations. Prices are already on the rise in response to the geopolitical turmoil — determining where things ultimately level off could be an expensive ride.

Please understand that this information provided is general in nature and shouldn’t be construed as a recommendation or solicitation of any products offered by SoFi’s affiliates and subsidiaries. In addition, this information is by no means meant to provide investment or financial advice, nor is it intended to serve as the basis for any investment decision or recommendation to buy or sell any asset. Keep in mind that investing involves risk, and past performance of an asset never guarantees future results or returns. It’s important for investors to consider their specific financial needs, goals, and risk profile before making an investment decision.
The information and analysis provided through hyperlinks to third party websites, while believed to be accurate, cannot be guaranteed by SoFi. These links are provided for informational purposes and should not be viewed as an endorsement. No brands or products mentioned are affiliated with SoFi, nor do they endorse or sponsor this content.
Communication of SoFi Wealth LLC an SEC Registered Investment Adviser
SoFi isn’t recommending and is not affiliated with the brands or companies displayed. Brands displayed neither endorse or sponsor this article. Third party trademarks and service marks referenced are property of their respective owners.
SOSS22030901