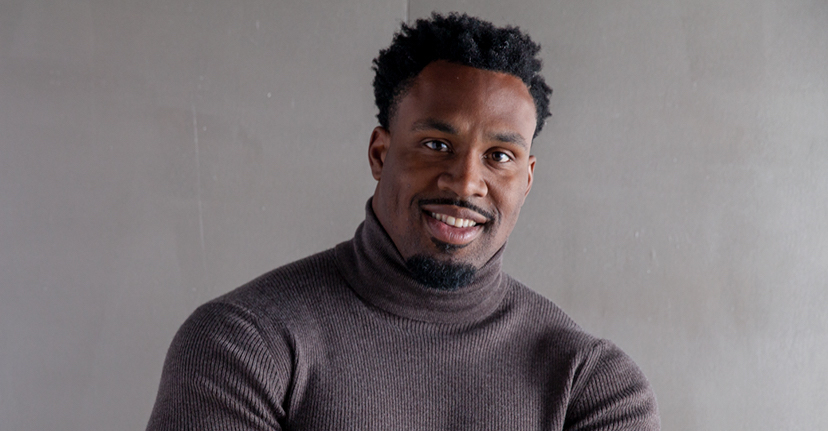 Running Down Your Life Goals with Steven Jackson

Football player, Steven Jackson, made the Pro Bowl three times as running back for the Rams and racked up over 11,000 yards rushing and 78 touchdowns over his 12 year career—including stints on the Atlanta Falcons and the New England Patriots.

But, the end of Jackson’s professional football career has not meant the end of his accomplishments—he remains involved with Oregon State (his alma mater) and is an investor and businessman.

Jackson sat down—over Zoom— with career coach, Ashley Stahl, to discuss what he’s learned about topics such as:

•  Managing money throughout his career

•  Learning lessons from football that could be applied to other careers

•  Understanding the importance of competition and inner drive

Below is a recap of Jackson’s conversation with SoFi:

During his chat with SoFi, Jackson laid out what he claims are his approaches to spending and investing. While Jackson’s financial situation is unique (he did get a $1 million signing bonus for a football contract), some of his tips spilled beyond the football field.

Here are some of the personal and career motivation tips he shared with SoFi members.

Paying Attention to Your Fixed Costs

“Once you learn a formula, once you really understand how things are made, you can engineer that and implement it yourself,” Jackson said in reference to his life as an investor.

By looking at deals and contracts, he says that he realized that common business concerns—such as, recurring costs and incoming cash flow—could apply to his own personal budgeting. “I have a mortgage, I have a car, I have all these expenses that are fixed, month to month.” This realization helped him plan his spending in advance.

While income and expenses typically vary from individual to individual, Jackson suggested that it can be helpful to find “what’s your formula”—meaning, developing a budget. His practice: he considers saving as paying himself, which he prioritizes.

“You can only drive one car at a time,” Jackson went on to say. He also cautioned to pay attention to the difference between assets (i.e., something that could grow in value over time) and liabilities (i.e., a source of costs). An expensive car, for instance, can depreciate in value over time—starting from when the buyer drives it home.

“What I was beginning to learn,” Jackson said in reference to his early professional football career, “was that I thought a car was an asset, but really it was a liability. They depreciate the moment you drive off the lot.”

He did, however, spend his rookie year signing bonus on purchasing a house for himself, his mother, and a new car.
“You quickly realize the importance of cash flow, and having it coming in.”

Jackson recommended the personal finance classic, Rich Dad, Poor Dad by Robert Kiyosaki as “an entry-level book.” According to Jackson, there’s something to learn “child, teenager, or adult” from that book.

He had also read Andrew Ross Sorkin’s non-fiction book, Too Big To Fail, to educate himself on the causes of the Great Recession. Jackson then described business and finance as akin to learning a second language.

At first, “it comes really fast,” but the “more you participate in class and ingest the homework and look up the words,” you can get more comfortable. “When you start to read these things and nibble at them, you get comfortable using that terminology.” From there, he said, it’s possible to keep on learning.

Jackson continued that it’s good to “challenge yourself” and to be “okay with not knowing everything right away, because there is a huge learning curve.”

Then, Jackson said, you can start using terminology and concepts with people who know even more than you, learning from their accrued understanding of complex matters.

“Once you use that terminology, they understand you and challenge you with another term,” Jackson said. “Challenge yourself and be comfortable not knowing everything right away.”

The NFL is hardly a typical work environment. Still, in Jackson’s opinion, there’s much to learn from how a football player charted his own career path. For example, Jackson stressed the importance of competition and confidence:

Jackson was born and raised in Las Vegas, Nevada, where he played football before going to Oregon State. From Oregon, he then went on to play professionally for the Los Angeles Rams.

Nevada and Las Vegas are not exactly football hotbeds, like California, Texas or Florida. Consequently, Jackson claimed, college scouts “wouldn’t just question my own abilities, they’d question the talent I was up against.”

He said he used this outside doubt to propel his career through college and the NFL, where he was up against competitors from schools and states better known for football. “[Competition] fueled me throughout my career.”

After he left the NFL, Jackson said that he needed to find different sources of motivation. Because many people saw him mainly as a football player, Jackson said, he felt compelled to “read more, dive into the details more.”

Jackson said that he realized that—as a player—he had essentially been a type of programmer. He’d had to learn offenses and defenses that allowed him to make split second decisions. That mental nimbleness, Jackson said, could then be transferred to his post-football career.

Jackson said that he prays and spends some time with himself every day, along with a steady diet of podcasts that range from sports to national security.

“In their stories, there’s always going to be a high and a low—how they get through it and find their new goal and new target. It’s helped me a lot.”

Learning from Steven Jackson and with SoFi

Everyone’s career is different, but that also means there are various paths to learn from—even from a Pro Bowl running back. SoFi members receive a host of benefits, including invitations to exclusive talks.

SoFi Invest®
The information provided is not meant to provide investment or financial advice. Investment decisions should be based on an individual’s specific financial needs, goals and risk profile. SoFi can’t guarantee future financial performance. Advisory services offered through SoFi Wealth, LLC. SoFi Securities, LLC, member FINRA / SIPC .
Third-Party Brand Mentions: No brands or products mentioned are affiliated with SoFi, nor do they endorse or sponsor this article. Third-party trademarks referenced herein are property of their respective owners.
Financial Tips & Strategies: The tips provided on this website are of a general nature and do not take into account your specific objectives, financial situation, and needs. You should always consider their appropriateness given your own circumstances.
Non affiliation: SoFi isn’t affiliated with any of the companies highlighted in this article.
SOCO20104