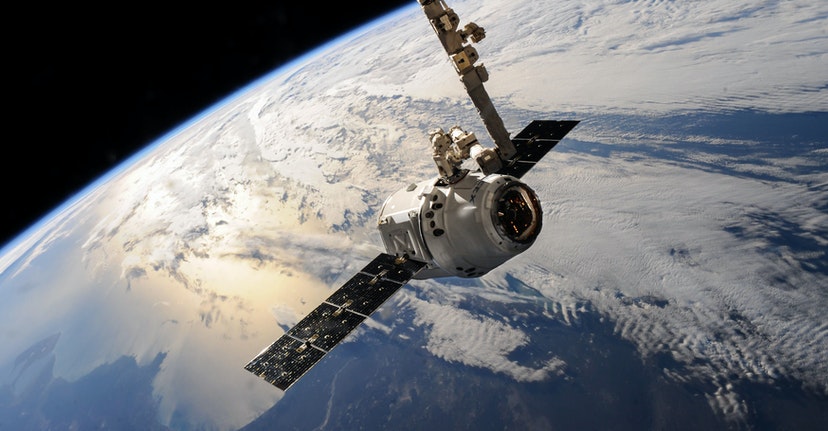 SpaceX has entered a multibillion-dollar deal with the Pentagon to conduct satellite launches. The Air Force is planning about three dozen launches between now and 2027, which will be split between Elon Musk’s SpaceX and United Launch Alliance, which is a joint venture between Lockheed Martin Corp. (LMT) and Boeing (BA).

Until recently, almost all of these military and intelligence missions were conducted with United Launch Alliance. SpaceX breaking into the market represents a significant leap for the company.

Amazon’s (AMZN) Blue Origin Federation and Northrop Grumman Corp. (NOC) also made bids for the project. Blue Origin and SpaceX have been rivals for some time. Both see securing government contracts for satellite launches as crucial to the future of their businesses.

SpaceX and Blue Origin are both led by billionaire entrepreneurs who are willing to invest heavily in winning the race for government aerospace contracts. NASA is currently making plans for its Artemis program which will return US astronauts to the moon. SpaceX and Blue Origin are vying for the opportunity to build technology for the mission and NASA is expected to make a choice between them later this year.

A Series of Successes for Musk’s Companies

Securing this satellite launch contract is the latest in a series of important steps for Elon Musk’s companies. Tesla (TSLA) has reported four consecutive profitable quarters for the first time in its history.

Additionally, SpaceX recently launched the first privately developed space capsule with astronauts aboard. The capsule safely docked at the International Space Station and then returned the astronauts to Earth with a pinpoint splashdown, which garnered praise for SpaceX from government officials. All eyes are on the company as it begins this next mission.

Please understand that this information provided is general in nature and shouldn’t be construed as a recommendation or solicitation of any products offered by SoFi’s affiliates and subsidiaries. In addition, this information is by no means meant to provide investment or financial advice, nor is it intended to serve as the basis for any investment decision or recommendation to buy or sell any asset. Keep in mind that investing involves risk, and past performance of an asset never guarantees future results or returns. It’s important for investors to consider their specific financial needs, goals, and risk profile before making an investment decision.
The information and analysis provided through hyperlinks to third party websites, while believed to be accurate, cannot be guaranteed by SoFi. These links are provided for informational purposes and should not be viewed as an endorsement. No brands or products mentioned are affiliated with SoFi, nor do they endorse or sponsor this content.
Communication of SoFi Wealth LLC an SEC Registered Investment Advisor
SoFi isn’t recommending and is not affiliated with the brands or companies displayed. Brands displayed neither endorse or sponsor this article. Third party trademarks and service marks referenced are property of their respective owners.
SOSS081203