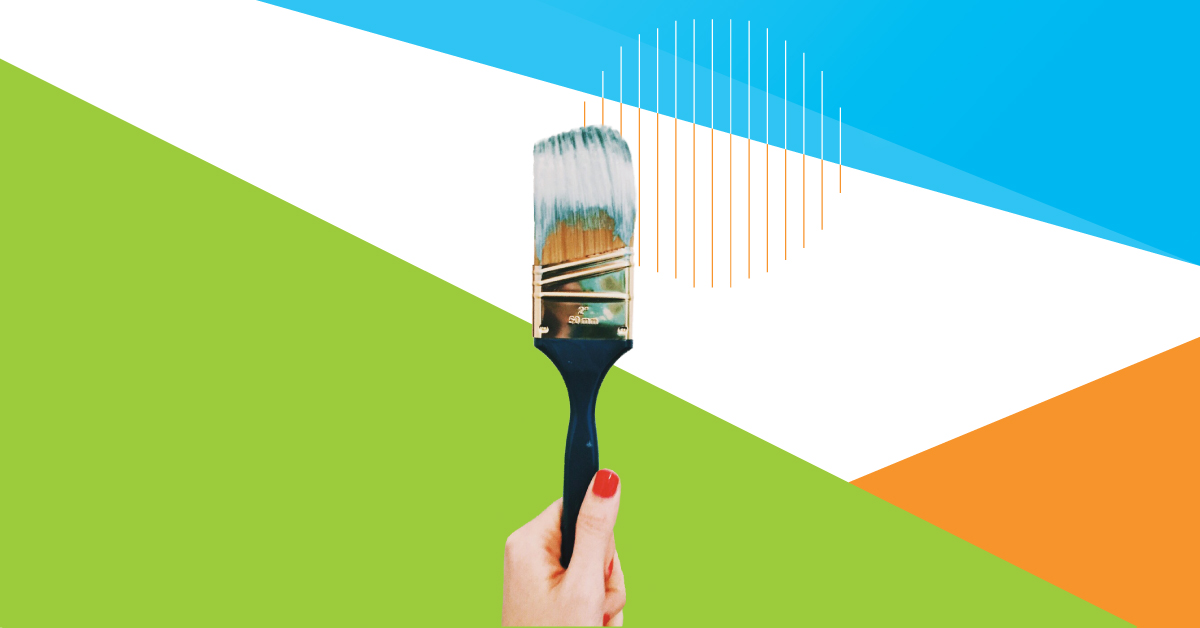 How This L.A. Lawyer Renovated Her Home to Make It Foster Child-Ready

Finding your dream home can be tricky, especially in a tough real estate market. Currently, home sales are falling nationwide due to a housing shortage that’s keeping prices high, making the process especially thorny. That’s why so many people are turning to home renovations to convert an eh, it’ll do house into a dream home. In fact, according to a survey by HomeAdvisor, home renovation spending is expected to continue to rise in 2017, with 80% of homeowners planning projects in the next 12 months.

Kate McKeon was one of those people. After growing up all over, from Sacramento to Europe, McKeon went to the University of Southern California to get her bachelor’s degree. She thought she was ready to become a Midwest girl during law school in Michigan, “then it got to be October,” she joked, and cold. She returned to L.A. in 2009, where she was ready to take another big step: Becoming a foster parent.

But first, she wanted her home to be everything she had initially hoped for, which is why she opted for a $100,000 personal loan to renovate her property. Now she has a home that’s exactly how she wants it—and one that’s foster-child ready.

When did you buy your house? Why did you decide to renovate?

I bought my house in 2014, and I looked at a lot of houses first. The L.A. real estate market is very expensive and it took a lot of looking. I think, ultimately, I put 23 offers down. I was looking at houses that were mostly already renovated, which obviously cost slightly more, but I didn’t want to do a ton of work (ironically).

The house I bought, my agent told me it was a fixer-upper, but I didn’t believe it. There were all these weird quirky things, but I thought, ‘No, it’ll be fine.’ 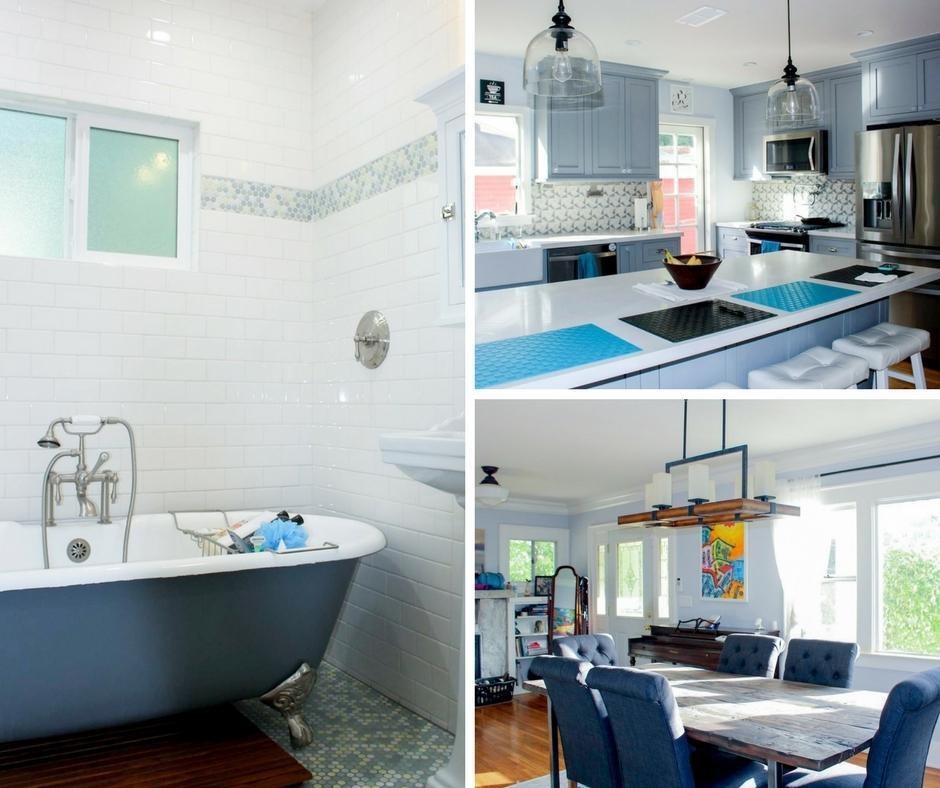 You were wrong, though? What sort of quirky things were there?

There were all these little things. The fridge was in a hallway and the stove was on a wall all by itself, without any counters, so if I was cooking something I’d have to balance ingredients on the trash can.

It’s a 1921 craftsman in the Highland Park neighborhood, which is up-and-coming. There’d been a renovation in 2005 that doubled the square footage, but the layout was terrible. It was a four bedroom/two bath, but one of the bedrooms was tiny, 9 ½ feet x 8 feet. It was this awkward little room, and now it’s part of the living room.

I had a contractor out to look at it, but I still needed to secure financing. After getting a home renovation loan from SoFi and then working with the designer, the renovations didn’t actually start until December 2015, and finally finished in April 2016. I was told it would be eight weeks, but clearly it wasn’t.

What did you end up changing in your house?

It was a four bedroom/two bath, and now it’s a three bedroom/two bath. There’s hardwood in the whole house now. We changed the closets, the molding, and redid the whole kitchen and front bathroom. Basically, we gutted the entire original portion of the house.

There was a designer who was also a contractor and a woman, which I liked. She’d done two flips on houses in my neighborhood, and I’d seen her stuff on Houzz, which is like Pinterest for home renovations.

I had a consultation with her, just trying to get ideas, and she was like, “OK, let’s get started.” And then we just moved forward really quickly.

There were three or four floor plans I was choosing from. There are these built-in cabinets that I really liked the historical value of and wanted to keep, and this beautiful crown molding in the front room. I had them make custom molding to match it.

Related: Use SoFi’s Home Project Value Estimator to get an idea of what your project return will be.

She created the design and the contractor crews got to work, but then she ended up going to Costa Rica, and so I had to manage a lot of the day-to-day design work later in the process myself. 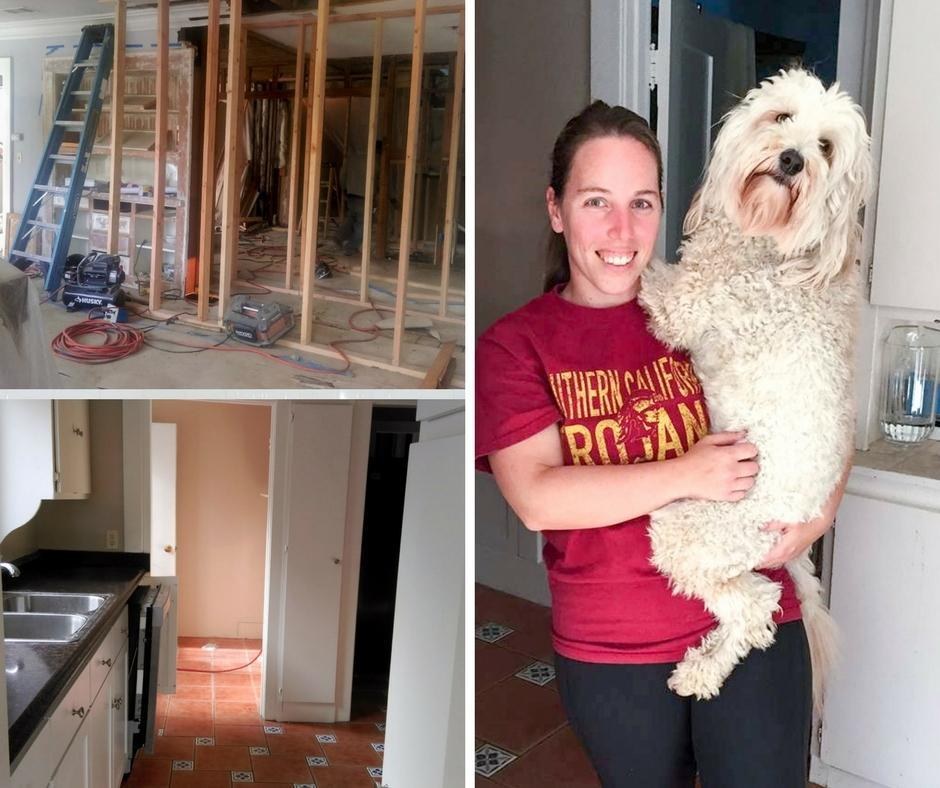 That sounds like a lot of work. Where did you live during all of it?

I was living in and out of the house. I’m a probate litigator, doing trust and estates, and there were plenty of days where, even if I wasn’t busy at work, I’d just stay in the office and watch Netflix until late. There were two weeks I stayed in a friend’s guest house.

Fortunately, they didn’t touch the back bathroom, so that was still accessible, which was good. I really didn’t want a port-a-potty on the front lawn, so the contractors were able to use that bathroom too.

The biggest problem was the vibrations from jackhammering and all the work would trip the earthquake shut-off trigger on the gas valve. It took two weeks of me going to take a shower in the morning and having the water be 55 degrees in January before I figured it out.

What was your budget?

I started looking at financing in the summer and secured the loan in July, but [my contractor] actually didn’t get me an estimate until three days after they started work in December, which was stressful.

Recommended: Trying to figure out your remodeling budget? Check out this Home Improvement Cost Calculator to get more insight.

There were just all kinds of things. Every day it was something. They tore up the floor and there was a giant hole that had rotted out the boards. They pulled out the ceiling and realized the sagging was because the boards were too small.

I spent an extra $250 to have them move the light fixture three times, because I couldn’t decide which way I liked it. They moved it and then I changed my mind and had them move it back. I thought they were going to kill me.

How did you pay for all of it?

I knew I wouldn’t be able to pay for it with an equity loan because without the renovation done, I didn’t have as much equity. There are some renovation loan options out there, which take that into account, but I didn’t look at those as much. 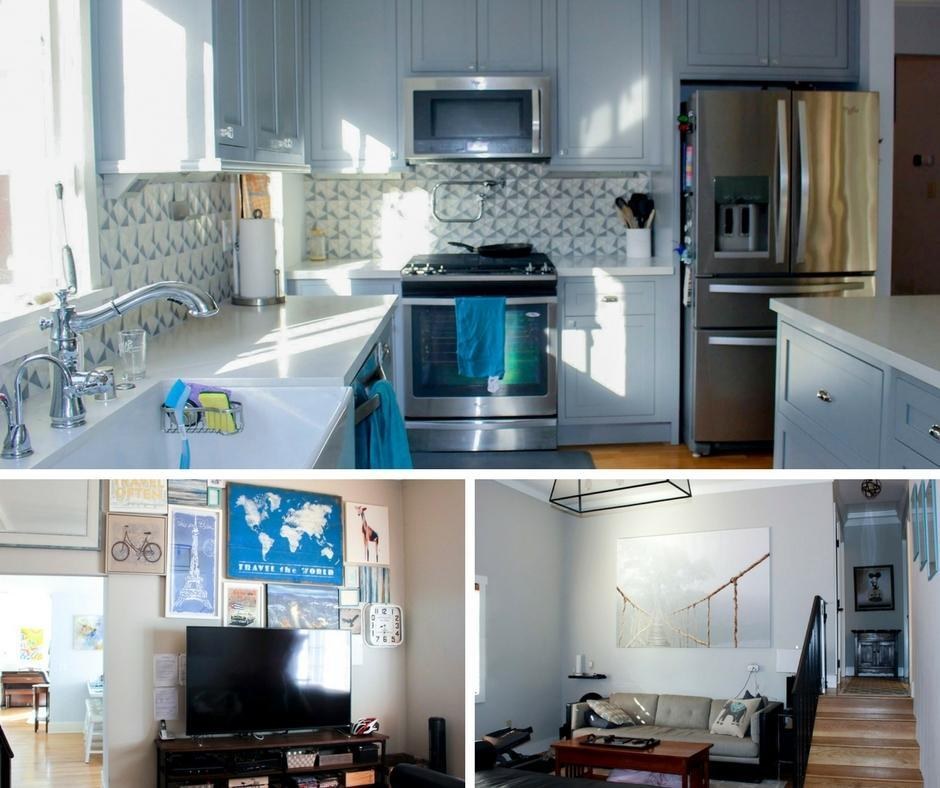 How did you decide on SoFi?

I knew it was going to be expensive, and I knew I had some money, but would need a loan. I applied for two loans, one from SoFi and one from Lightstream, which is similar and I already had a car loan from them.

With SoFi, the interest rate was a little higher, but they gave me more of a loan. And the process was crazy easy. When I took out my mortgage loan, the bank needed statements, proof of a job, lots of forms. [For] SoFi, I just went on the internet and filled out my information. I think I applied and the same day they told me I was approved. After I electronically signed the documents, the money was in my account in 24 hours.

OK, it was a lot of work and money. Was it worth it?

From a financial standpoint, I maybe could have spent less, done better. I knew I was putting more money into the house than I’d get out of it.

But I love my house now, and it’s mine. I spent extra on things like this specific kind of tile that was way more expensive—it’s actually called Diva Tile. But every time I go into my kitchen now, I’m so happy with my Diva Tile.

I got exactly the house I wanted. My dad is trying to convince me to sell and move to Fresno, where my parents live now. And that idea sounds crazy; I just went through all this. It was a lot of work, but it was worth it.

What’s next for you? What do you plan to do in your new house now?

Actually, I’ve been licensed to do foster care, so soon my house will be filled with children, and it probably won’t be as nice and clean.

I have two adopted siblings and always felt a calling to go through adoption or foster care. I’ve wanted to foster kids for a while, but it got put on hold during the renovation. Now I’ve been working on the licensing process since this past August. The social worker came out to my house four times, and I took 36 hours of classes. I’ve said I’m willing to take up to four kids and am looking for a sibling group, so hopefully there’s a placement soon.

Getting the home you want can be a complicated process, but SoFi can help you plan a home renovation budget and finance your plans for the future. Check out a SoFi personal loan as an option for your own home renovation.