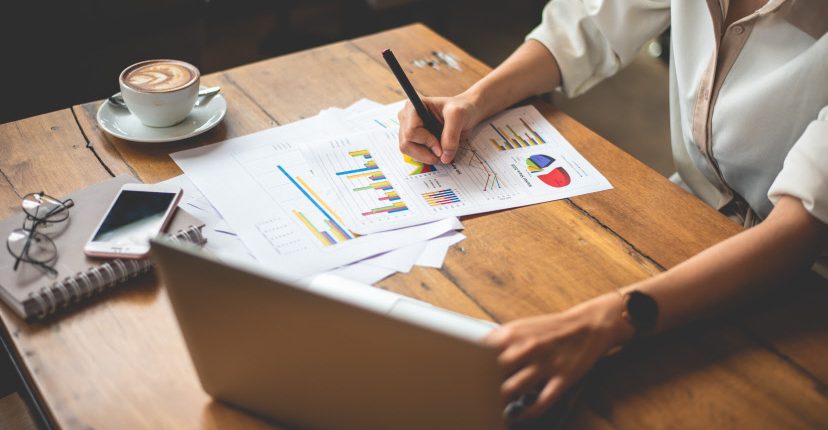 While the hits keep coming in markets and the Fed seems to be the band that can’t write a bad song, there is chatter about “seasonality,” and autumn being a time period when markets tend to struggle. I don’t put a lot of weight on the calendar as a driver of market movements, but this autumn does have some notable forces at play.

What the History Books Say

Preceding the Great Depression, autumn of 1929 was a rough season for markets. On October 28th and 29th, the Dow fell 13% and 12%, respectively. By mid-November 1929, the Dow had lost almost half of its value.

Autumn of 1987 saw another crater in markets—on October 19th, the Dow dropped over 22%. In one day. A day that would go down as one of the most notorious crashes in stock market history.

Market crashes caused by the internet bubble and the events of September 11th also occurred in fall of 2001 and the market hit another bottom in fall of 2002.

Add those to the fact that on average, October sees the highest readings in the volatility index (VIX), and it’s no wonder people get a little nervous.

But the history books also say that market crashes have happened in February, March, May, July, and August. Average monthly performance in the S&P 500 since 1950 shows that September is only down -0.7%, with the average for October at a positive 0.9% (which is also comparatively higher than the averages for February, May, June, July, and August).

These historical autumn crashes just happen to be historically large—and more memorable as a result.

What the Current Events Calendar Says

This year does have a few hurdles to jump, which is why we’re hearing about trepidation in fall. Those upcoming hurdles are, in no particular order: the Fed tapering plan announcement, Congressional budget debate (including tax hikes), debt ceiling debate, delta variant blowback, and discussion around Fed Chair Jay Powell’s second term.

Speaking of high, the S&P 500 recently clocked its 53rd new all-time high of the year, its highest number of records in a calendar year through August. Even absent the wall of worry mentioned above, this stat alone gives some concern that the market is “due” for a pullback.

Don’t buy or sell based on the month of the year, the color of the leaves, or the fact that October of 1987 was a traumatic time for investors. These patterns are good to be aware of, but what’s happening in the now is more important. It is true that we haven’t had a meaningful pullback in a while, and pullbacks are normal (see last week’s column). Could one be coming? Sure. That’s always the case. Trying to call the day it will begin or end is a game I’ve never won, so I stopped playing. The wall of worry and the record number of records are reasons to go into autumn with your eyes wide open, but not reasons to expect a crash.

Please understand that this information provided is general in nature and shouldn’t be construed as a recommendation or solicitation of any products offered by SoFi’s affiliates and subsidiaries. In addition, this information is by no means meant to provide investment or financial advice, nor is it intended to serve as the basis for any investment decision or recommendation to buy or sell any asset. Keep in mind that investing involves risk, and past performance of an asset never guarantees future results or returns. It’s important for investors to consider their specific financial needs, goals, and risk profile before making an investment decision.
The information and analysis provided through hyperlinks to third party websites, while believed to be accurate, cannot be guaranteed by SoFi. These links are provided for informational purposes and should not be viewed as an endorsement. No brands or products mentioned are affiliated with SoFi, nor do they endorse or sponsor this content.
Communication of SoFi Wealth LLC an SEC Registered Investment Adviser
SoFi isn’t recommending and is not affiliated with the brands or companies displayed. Brands displayed neither endorse or sponsor this article. Third party trademarks and service marks referenced are property of their respective owners.
Communication of SoFi Wealth LLC an SEC Registered Investment Adviser. Information about SoFi Wealth’s advisory operations, services, and fees is set forth in SoFi Wealth’s current Form ADV Part 2 (Brochure), a copy of which is available upon request and at www.adviserinfo.sec.gov. Liz Young is a Registered Representative of SoFi Securities and Investment Advisor Representative of SoFi Wealth. Her ADV 2B is available at www.sofi.com/legal/adv.
SOSS21090202