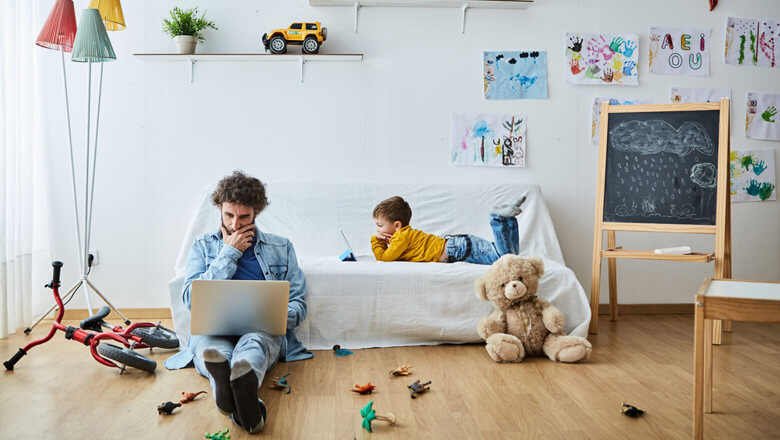 Toy aisles have long been packed with merchandise from popular children’s television shows. Now, much of that source material comes from another platform: YouTube (GOOGL). As kid-focused YouTube channels gain in popularity, they have also become more marketable. “I firmly believe that in a few years these brands will rival that of Sesame Street,” said Brendan Gahan, Chief Social Officer at the ad agency Mekanism Inc. “They’ve got the mass appeal, which is likely bigger than Sesame Street in most cases now—they just haven’t monetized it through as many avenues. I think you’ll see that change quickly.”

Take, for example, Ryan’s World, the popular YouTube channel which is known for unboxing videos. Since 2018, the channel has helped market toys, clothes, and toothbrushes sold at Target (TGT) and Walmart (WMT). The channel also led to the first Macy’s (M) Thanksgiving Day Parade balloon featuring a YouTube star. Over the weekend, Ryan’s World launched its own corner of the videogame universe on Roblox.

How the Roblox Deals Break Down

Before the end of 2020, the adults behind Ryan’s World expect the franchise to earn $250 million in retail sales this year alone. That will bring the franchise’s total earnings since retail sales launched in 2018 to $500 million.

That retail empire will be promoted on the new Roblox game. Players will be able to try out a race car in the Roblox universe and then purchase that same Ryan’s World-branded race car at an FAO Schwarz store. The channel will not just use Roblox for product promotion. Ryan’s World will take in revenue from the sale of “gems” on the platform. After the gaming platform takes its 30% cut of digital sales, the top creators on the platform can make as much as $1 million per year from these in-game purchases.

Pocket.watch, the entertainment company that manages retail and other business for Ryan’s World, considers the YouTube channel’s success a blueprint for other kid-focused content creators. Instead of launching a ride at a Disney (DIS) theme park, YouTubers can create digital versions of those theme parks and meet their fans where they are already hanging out.

Pocket.watch represents 12 content creators, including Ryan’s World. According to executives, retail sales make up 54% of its revenue. As YouTube content for children continues to grow, analysts expect more entertainment companies and toy manufacturers to leverage that following for games and retail products.

Please understand that this information provided is general in nature and shouldn’t be construed as a recommendation or solicitation of any products offered by SoFi’s affiliates and subsidiaries. In addition, this information is by no means meant to provide investment or financial advice, nor is it intended to serve as the basis for any investment decision or recommendation to buy or sell any asset. Keep in mind that investing involves risk, and past performance of an asset never guarantees future results or returns. It’s important for investors to consider their specific financial needs, goals, and risk profile before making an investment decision.
The information and analysis provided through hyperlinks to third party websites, while believed to be accurate, cannot be guaranteed by SoFi. These links are provided for informational purposes and should not be viewed as an endorsement. No brands or products mentioned are affiliated with SoFi, nor do they endorse or sponsor this content.
Communication of SoFi Wealth LLC an SEC Registered Investment Advisor
SoFi isn’t recommending and is not affiliated with the brands or companies displayed. Brands displayed neither endorse or sponsor this article. Third party trademarks and service marks referenced are property of their respective owners.
SOSS120703