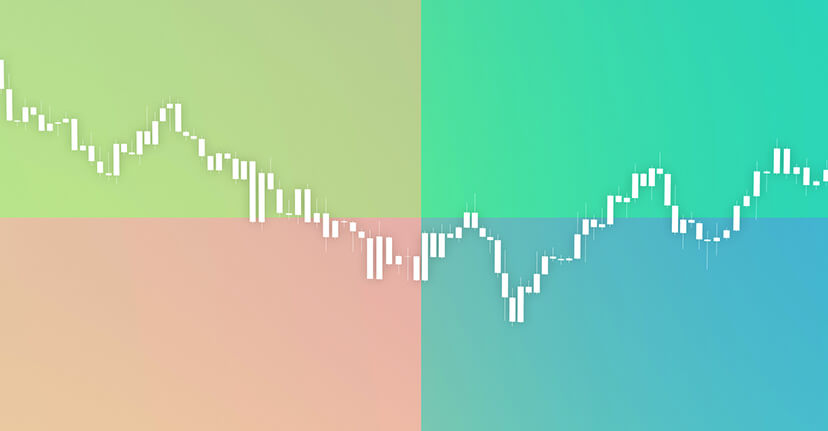 What Exactly Is an Inverted Yield Curve?

If you’ve been paying any attention to the stock market and financial headlines over the past few weeks, you’ve likely noticed a lot of turmoil and the term “inverted yield curve” being used quite frequently.

Since 1955, an inverted yield curve has preceded all nine of the U.S. recessions that have occurred. Usually, the curve inverts about two years before a recession hits, so it can be an early warning sign.

The current inversion of the yield curve doesn’t mean that a recession is definitely going to happen within the next few years, but it is one indicator.

What exactly is an inverted yield curve, and what does it mean for the economy and your finances?

What Is a Yield Curve?

Before we get into inverted yield curves, let’s go over what a yield curve is.

Yield curves are graphs that show the time to maturity for U.S. Treasury Bonds and the interest rates (aka “yield”) of those Treasury bonds. The graph shows the difference between short- and long-term bond rates. The one used most often as a gauge of the economy and upcoming recessions is the 3-month to 10-year yield curve.

The graph plots interest rates of bond agreements with different end dates but the same credit quality. Each day, you can check the yield curve rate on the Treasury website .

What Is an Inverted Yield Curve?

When the yield curve inverts, it shows that short-term treasury bonds are earning more interest than long-term bonds. Usually, the graph shows that interest rates rise with longer term bonds, because the longer you lend out your money the more interest you expect to be returned since it’s less risky to lend out money over shorter time frames, all things equal.

The Treasury yield curves have actually temporarily inverted twice this year, the first time was in mid March when the 3-month to 10-year curve inverted, and the second time on Aug. 14.

To gain a deeper understanding of the inverted yield curve, you need to know what bonds are and how they work.

A bond is essentially an IOU given to you by the U.S. Department of the Treasury. The Treasury issues four main types of debt: Treasury bills, Treasury notes, Treasury Inflation-Protected Securities (TIPS), and Treasury bonds.

Since these are all backed by the U.S. government, they are considered very safe, which generally translates into them being low-yielding investments. Treasury bonds earn a fixed amount of interest over a fixed time frame, and the government uses the money they have borrowed from you on various expenses.

For example, if you buy a two-year bond for $100 with a 2% annual return, after two years, you will receive $104 (this ignores any compounding). Although this is a very low return rate, there are a few reasons people choose to invest in bonds:

•  Bonds, especially government bonds, are generally seen as stable investments. If you want to be sure you don’t lose your money, bonds are a good option. The only way you can lose your money from a bond is if the U.S. government defaults on its loans, which it has never done.

•  Bonds have guaranteed and fixed returns, so when you buy them, you already know exactly how much you will get out of them assuming they don’t default.

•  Typically, longer-term bonds yield higher returns, so if you are looking for a long-term, stable investment they can be a good option. However, when the yield curve inverts, this may not be the case.

Similar to when you put money into a Certificate of Deposit (CD) from a bank, bonds have specific dates of maturity and corresponding interest rates. Usually the interest rates are higher for longer-term bonds.

Imagine if you went into a bank and they told you would receive more interest on a six-month CD than you would on a five-year CD. That is what’s happening now with U.S. Treasury Bonds. Earlier this month, the U.S. Treasury offered a two-year bond that yields 1.634%, while 10-year Treasury bonds yield 1.623%.

The Federal Reserve Board’s Open Market Committee (FOMC) determines the benchmark for short-term interest rates in the U.S. It might lower or raise the federal funds rate to stimulate the economy or try to ward off inflation, respectively.

Its goal is a balance between the two. Think of a lower interest rate like a discount. Those big-ticket items, like a house or car, might not seem like such a big purchase when the interest rate is lower. But keep that rate too low for too long, and the supply starts to run out, which can cause inflation.

What the Inverted Yield Curve Means for the Economy

So why is everyone so freaked out by the recent inverted yield curve?

Because it can indicate that a recession is coming.

As the Federal Reserve Bank of San Francisco put it in a letter they wrote last year, “Forecasting future economic developments is a tricky business, but the [yield curve] has a strikingly accurate record for forecasting recessions,” they wrote. “Periods with an inverted yield curve are reliably followed by economic slowdowns and almost always by a recession.”

When the yield curve flips, it essentially signals a negative economic outlook. It suggests that, for the next couple years, things probably look ok, but the outlook beyond that doesn’t look great. As we’ve seen in recent weeks, this can freak investors out and cause them to start selling stocks, which in itself can partially trigger an inversion.

When investors lose confidence in the economy, they start moving their money away from stocks and into bonds, where they feel their money will be safer if the stock market falls in value.

As the demand for bonds goes up, the yields they pay go down, resulting in the inversion of the yield curve. The curve also inverts when investors put more money into long-term bonds than into short-term bonds.

The yield curve inversion also indicates that investors predict the Federal Reserve will continue to lower short-term interest rates in order to boost the economy.

One reason the inverted yield curve is a good indicator for a coming recession is that it happens infrequently. Some major financial institutions, however, such as Wells Fargo

Securities, have claimed that the yield curve is losing its predictive power over time.

There was one inverted yield curve in 1966 that did not lead to a full on recession, but an economic downturn did occur. Sometimes, a short inversion could be a fluke and a recession doesn’t follow.

However, in the current economy there are also other indicators pointing toward a coming recession, including current issues with international trade and tariffs.

What Does This Mean for You?

When it comes to your finances, knowledge is power. The more you understand about the markets, the better decisions you’ll be able to make.

One mistake many people make is following herd mentality and making emotional decisions. This can lead people to buy on greed and sell on fear or, in other words, buy high and sell low.

Knowing that there may be a recession within the next two to five years, you could start to plan ahead and prepare. Claiming that the inverted yield curve is signaling the next recession isn’t entirely accurate—no one can predict the future.

There are many things you can do to prepare for the next recession, from saving up an emergency fund to rebalancing your stock portfolio.

However, it’s usually a good idea to think of your portfolio and finances on a long-term time frame, rather than trying to time the markets and make short-term decisions.

Before making any important financial decisions or changes to your portfolio, speak with a financial advisor.

Getting Your Money in Order Before a Recession

Anticipating a coming recession can be stressful and overwhelming, but you don’t need to go it alone. Using SoFi’s suite of financial tools and advisors, you could plan ahead, learn, and be strategic, no matter what happens.

SoFi is a platform that lets you see all your financial information in one place, set financial and budgeting goals, and build a portfolio to help you reach your long-term goals. Using SoFi Invest®️, you can set up an invest account to add money to your portfolio each month.

SoFi Invest offers both active and automated investing platforms, so you can either hand-select each stock you buy, or let SoFi select groups of stocks to invest in. SoFi also offers no-cost consultations with our team of financial advisors.

External Websites: The information and analysis provided through hyperlinks to third party websites, while believed to be accurate, cannot be guaranteed by SoFi. Links are provided for informational purposes and should not be viewed as an endorsement.
Financial Tips & Strategies: The tips provided on this website are of a general nature and do not take into account your specific objectives, financial situation, and needs. You should always consider their appropriateness given your own circumstances.
SoFi Invest®
The information provided is not meant to provide investment or financial advice. Investment decisions should be based on an individual’s specific financial needs, goals and risk profile. SoFi can’t guarantee future financial performance. Advisory services offered through SoFi Wealth, LLC. SoFi Securities, LLC, member FINRA / SIPC .
SOIN19187