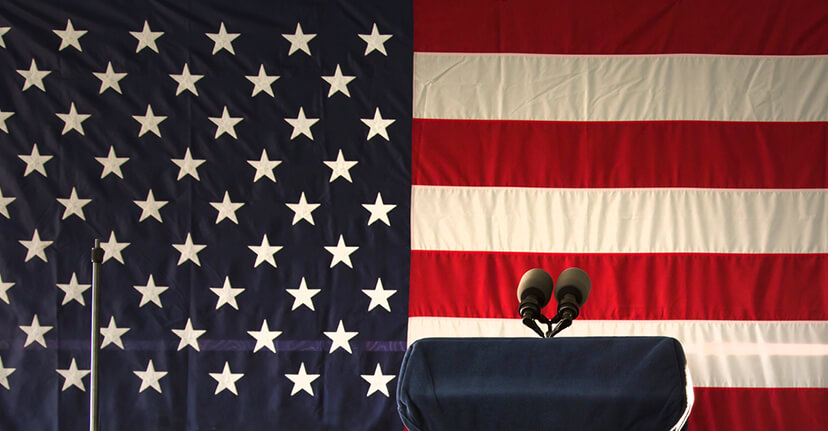 Primary elections had already occurred in Iowa and New Hampshire. The Associated Press was unable to declare an official winner in Iowa, but Bernie Sanders and Pete Buttigieg split the delegates, with Sanders taking the popular vote. Sanders won the New Hampshire primary election, making him the frontrunner before Wednesday’s debate.

A Quick Recap of the Night

A whopping 20 candidates took the stage during the first round of Democratic debates in June. Wednesday, only five of those 20 remained: Bernie Sanders, Pete Buttigieg, Joe Biden, Amy Klobuchar, and Elizabeth Warren. A sixth nominee, former New York City mayor and billionaire Mike Bloomberg, was debating for the first time.

Warren asserted herself from the get-go. Not only did she lead the other candidates in criticizing Bloomberg, but she discussed perceived flaws in the healthcare plans proposed by Buttigieg, Klobuchar, and Sanders.

Rather than focusing negative attention on Sanders to try to knock him out of the running, several candidates shifted that energy toward Bloomberg. The new candidate also served as a real-life example any time Sanders, or others, condemned billionaires.

Ratings Go Through the Roof

Wednesday night’s debate was the most viewed Democratic debate ever, with almost 20 million people watching the event on NBC and MSNBC. The 2015 Republican debate in Ohio that aired on Fox News still holds the title of the most-watched presidential debate of all time with 24 million audience members. That was the first night Donald Trump took the stage as a presidential candidate.

Many people likely tuned in to Wednesday’s debate for two main reasons: The candidates have dwindled down from 20 to six, making the standoff more exciting and easier to follow. And people wanted to know what would come of Mike Bloomberg being onstage for the first time after spending hundreds of millions of dollars on TV advertisements and sponsored meme account posts.

The next debate will air Tuesday, February 25th, on CBS.

Are Candidates Having an Effect on the Stock Market?

At this point, Bernie Sanders has received more votes than the other candidates. The stock market is reaching record highs. Those two sentences might seem like they should be mutually exclusive since Sanders describes himself as a democratic socialist and promises to be hard on Wall Street.

One possibility they list is that people feel it’s too soon to know whether he will be named the Democratic nominee. So it could be that there’s no effect to be had. Moderate candidates such as Bloomberg or Buttigieg would likely steer clear of some of Sanders’ controversial ideas if they become president.

The second option listed is that investors think Sanders will struggle to pass some of his bills that would drastically affect the stock market, such as taxing the wealthy. With Republicans in control of the Senate, he might not pass contentious ideas.

Finally, some investors may believe that President Trump could beat Sanders if he became the Democratic nominee. Investors who are happy with Trump’s effects on the stock market might actually hope Sanders becomes the candidate because they believe Trump has the power to beat him.

Pundits warn against taking any of these ideas too seriously, though. The election is still nine months away—anything could happen.

Keep up with primary coverage by downloading the SoFi app on your iOS or Android device !

External Websites: The information and analysis provided through hyperlinks to third-party websites, while believed to be accurate, cannot be guaranteed by SoFi. Links are provided for informational purposes and should not be viewed as an endorsement.
Third-Party Brand Mentions: No brands or products mentioned are affiliated with SoFi, nor do they endorse or sponsor this article. Third-party trademarks referenced herein are property of their respective owners.
SOCO20007