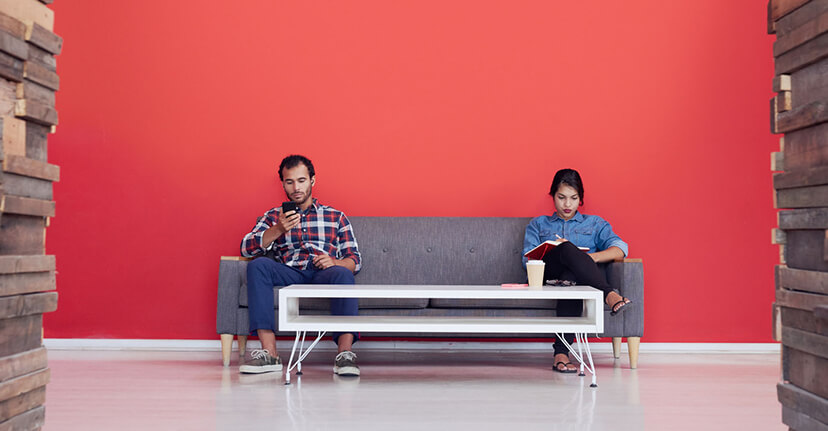 What To Do If You Hate Your Boss’s Political Views

Between personality differences, competition for promotions, and day-to-day stressors, navigating relationships at work is hard enough. Add political discussions into the picture—especially in today’s highly charged climate—and it gets even trickier. Now take it one step further: What if it’s your boss who has different political views than you?

Clashing politically with your boss can seem uncomfortable, but it’s not as hard to navigate as you may think. You don’t have to completely avoid discussing politics at work, and you don’t have to let those views get in the way of a healthy, productive relationship.

Don’t: Bring It up All the Time

“If it comes up organically—like something big happens in the news—you don’t necessarily have to shut the conversation down immediately,” explains Dickinson. “On the other hand, I always encourage a little bit of caution in a workplace.”

Do: Think Carefully Before You Enter a Political Discussion

Even when the opportunity presents itself, think before you begin discussing politics at work. Especially when you engage in those conversations with your manager, you have the potential to alter the way he or she perceives you (whether that’s fair or not).

“It’s about how it affects your interpersonal relationship,” explains Dickinson. “If you catch someone on one of their hot-button issues, and you have a different view than they do, it might change how they think about you.”

Engaging in a respectful conversation—or even a little light debate—is one thing, but if the discussion gets heated, you need to think about if it’s really worth it.

Don’t: Go into the Conversation Expecting to Change His or Her Mind

When you’re dealing with politics at work, it’s critical to avoid approaching the conversation with the expectation that you’re going to change your boss’s mind on an issue.

“That’s the tendency a lot of people have,” says Dickinson. “They debate with the hope that they’re going to get the other person to say, ‘Aha! You’re right! I’m going to change my vote’—and that’s never going to happen.”

So before you get deep into politics at work, check your intentions. If you’re only in it to change your manager’s mind, it’s probably not in your best interest.

Do: Approach Any Political Conversations Respectfully

However, you don’t have to avoid politics at work entirely. With the right approach, you can engage your boss in a healthy conversation despite your differing views.

“The people who are the best at this are very respectful in the sense that they set their intentions before they speak,” says Dickinson. “Their attitude is ‘I’m here to learn and listen,’ rather than ‘I’m here to change your mind at all costs.’”

That means coming to the conversation with an open mind and a true interest in hearing the other person’s opinion. Dickinson suggests using the phrase, “Tell me more.”

“It’s really simple, but it’s very inviting if you really want to know what someone thinks,” she says. “It’s human nature for people to want to talk about themselves, so giving someone the opportunity to do that can make them feel really good.”

Don’t: Spend the Whole Time Formulating Your next Response

Giving your boss the opportunity to speak, however, isn’t your chance to think about your rebuttal.

“You have to practice active listening,” says Dickinson. That means actually taking in the information your boss is conveying, rather than half listening and half planning your response.

To show that you’re actively listening, you should maintain eye contact, nod along as the other person is speaking, and make relevant follow-up comments based on his or her statements.

Do: Watch Your Body Language

“Your body language can also communicate a lot,” Dickinson says. If you’re being an active listener and you’re truly open to what your boss saying, you’ll want to have a relaxed stance—so uncross your arms and legs.

“You’re showing with your body that you’re receptive to what they’re saying,” she says. “That open stance can help you be a better listener and communicate to that person that you’re listening.”

Do: End the Conversation on a Positive Note

You don’t want to walk away from a political discussion emotionally charged and angry—especially when the other party is the person signing your paycheck. Whether a job-related question pops up five minutes later or you have a meeting scheduled with your manager the next day, you need to be able to turn your conversation back to work and interact amicably.

“Having an exit plan is smart,” Dickinson says. “You have to find a way to pivot the conversation to a more neutral topic, so you can cool off and both walk away feeling positive.”

And that’s possible whether or not you come to an agreement on the issue at hand. “You can still be respectful and gracious and say something like, ‘Thank you for sharing your viewpoint with me; it was really interesting to hear what you think about that. By the way, what are your plans for the weekend?’”

Opposing political views don’t have to drive a wedge between you and your boss. By handling those conversations respectfully and thoughtfully, you can discuss politics at work and build a better relationship with your manager while you’re at it.

Navigating delicate workplace issues—like work politics—can be stressful. If you’re a SoFi member, sign up for a complimentary one-on-one session with a career coach, who can provide the guidance you need to maintain healthy work relationships. Not a SoFi member yet? Head to SoFi.com to learn more.
Learn More

The tips provided on this website are of a general nature and do not take into account your specific objectives, financial situation, and needs. You should always consider their appropriateness given your own circumstances.
CG18140