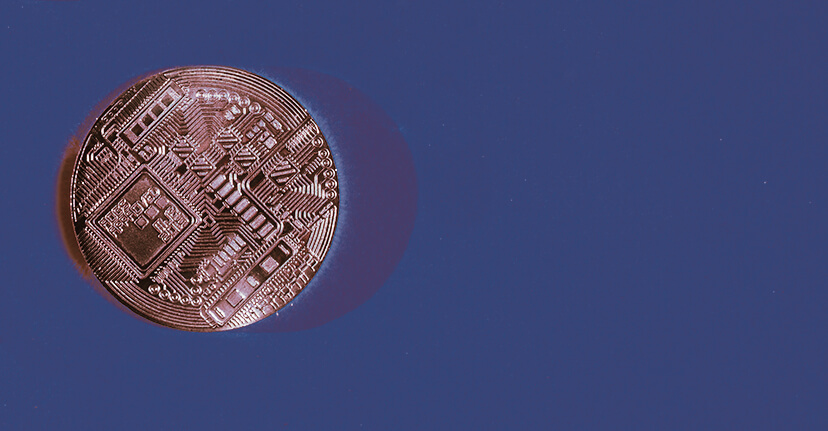 Bitcoin and other cryptocurrencies aren’t endorsed or guaranteed by any government, are volatile, and involve a high degree of risk. For more information, see FINRA , SEC , and CFPB public advisories concerning digital asset risk.

Facebook is no stranger to mixing it up—and making headlines. First, they dropped the word “the” from their name to go from “the Facebook ” to just Facebook.

They then created the timeline, and put the algorithm through change after change, which probably led to at least one person you know to post a message about how they hoped it would somehow go back to how it used to be.

You might be thinking that Libra is a new social media platform, a hot new unicorn startup acquisition, or a codename for a killer new feature.

It’s none of those things. It’s actually the big blue thumb’s first foray into the world of cryptocurrency. Yep, Facebook, that very same Facebook, now has its very own altcoin and they announced it Tuesday, June 18 with a whitepaper called “An Introduction to Libra .”

In addition to being just, well, different, there are some other distinguishing features of altcoins. Sometimes they have different driving factors. They can be experimental, they can be built around memes and communities, or built for a very specific purpose.

Ripple is a relatively well-known altcoin. Ripple was built for enterprise so banks and institutions could seamlessly send money internationally—quickly and securely.

This is a pretty big difference between some of the motivating factors behind the creation of Bitcoin which were mostly about creating a decentralized currency and cryptonerds geeking out on the proof of concept. While Ripple might be considered a mainstream implementation of an altcoin, they can get more experimental. Like Bomb, for instance.

Bomb is a cryptocurrency on what you might call the more experimental end of the spectrum when it comes to altcoins. The creators of Bomb describe it as the world’s first self-destructing cryptocurrency.

There were originally 1,000,000 Bomb tokens, or coins, created. Every time some Bomb is transferred, 1% of the transaction is destroyed. The coders who started it call it a social experiment and are actively waiting for Bomb to blow itself up because they want to see what happens to a hyperdeflationary currency .

Facebook’s goals with Libra are probably a little different than either Ripple or Bomb. And while it does have some things in common with Bitcoin, it’s not exactly the same as the first cryptocurrency either, hence its status as an altcoin.

In their whitepaper, Facebook says they created Libra because , “the world truly needs a reliable digital currency and infrastructure that together can deliver on the promise of ‘the internet of money.’”

They seem to want to position Libra as a next step in cryptocurrency and as a way to provide access to financial systems for people living in developing countries and those who are operating below poverty lines in the first world. These can be seen as lofty goals compared to those that announced Bitcoin in a similar whitepaper in 2008 .
While there seems to be some divergence in approach and aims, there are some similarities between Libra and Bitcoin. They are:

•  Built on Blockchain – Both Bitcoin and Libra are built on top of blockchain technology.

•  Open Source – Facebook says Libra will be open source . Meaning that the cryptocurrency will be “designed so that anyone can build on it.”

•  (some) Anonymity – Facebook said users will be able to trade Libra with some level of privacy, writing, “the Libra Blockchain is pseudonymous and allows users to hold one or more addresses that are not linked to their real-world identity.”

More similarities might emerge as Libra spins up, but Facebook seems to be excited about how this new cryptocurrency splits from its predecessors and tries to break new ground.

Libra seems to be setting itself from previous cryptocurrencies right from the get-go, with the way it will be backed, managed, and transactions verified. Here’s how Libra hopes to differentiate itself from the crowd.

•  Libra will be backed by a reserve—this means there will be real money tied to the digital currency, or that it will be what is called a stable currency. Facebook writes in the whitepaper that the goal here is to mimic how currency exchanges used to work and “help instill trust in a new currency and gain widespread adoption during its infancy.” A lot of other cryptocurrencies do not have this sort of backing.

•  The Facebook Blockchain—Libra will indeed operate on a blockchain, but Facebook built this one from the ground up.

•  The Libra Association—Libra Association will “coordinate and provide a framework for governance for the network and reserve and lead social impact grant-making in support of financial inclusion.” Based in Geneva, Switzerland, this nonprofit will give Libra something many cryptocurrencies lack, a centralized body with rules and a mission.

•  Permissioned Validation (at first, at least)—The way Bitcoin works, anyone with some extra processing cycles on their computer can hop on the blockchain and validate transactions. If they happen to be successful, or part of the successful group, the blockchain mints some new bitcoin and rewards these “nodes” with it. This is a process called mining. Libra will have some form of validation, but at first you’ll need permission if you want to mine Libra.

Facebook thinks their plans are ambitious and they’re attracting some attention with the announcement. A few members of Congress even asked them to pause the work on the cryptocurrency the day the whitepaper was published.

The stock markets reacted as well. Facebook stock initially rose 1% on the news before settling into modest gains of .3% at $188.47 a share at the close of trading the day Libra was announced.

What Does the Future Hold for Libra?

Facebook has spun off a subsidiary company to handle Libra called Calibra to create some separation between the social arm and the Libra business, per the whitepaper. That new company will be part of the Libra Association when Libra launches, again per the whitepaper, in the first half of 2020.

Libra seems to be stressing ease of use and accessibility, and it seems like Facebook wants to make their currency not only truly international, but truly easy to use internationally.

They write in the whitepaper, “success will mean that a person working abroad has a fast and simple way to send money to family back home, and a college student can pay their rent as easily as they can buy a coffee.”

If you’re not quite ready for cryptocurrency just yet, check out how SoFi Invest®, and some easy to understand ETF’s and other investments, might be right for you and your goals.
Learn More

Crypto: Bitcoin and other cryptocurrencies aren’t endorsed or guaranteed by any government, are volatile, and involve a high degree of risk. Consumer protection and securities laws don’t regulate cryptocurrencies to the same degree as traditional brokerage and investment products. Research and knowledge are essential prerequisites before engaging with any cryptocurrency. US regulators, including FINRA , the SEC , the CFPB , have issued public advisories concerning digital asset risk. Cryptocurrency purchases should not be made with funds drawn from financial products including student loans, personal loans, mortgage refinancing, savings, retirement funds or traditional investments. Limitations apply to trading certain crypto assets and may not be available to residents of all states.
External Websites: The information and analysis provided through hyperlinks to third-party websites, while believed to be accurate, cannot be guaranteed by SoFi. Links are provided for informational purposes and should not be viewed as an endorsement.
Third-Party Brand Mentions: No brands or products mentioned are affiliated with SoFi, nor do they endorse or sponsor this article. Third-party trademarks referenced herein are property of their respective owners.
Financial Tips & Strategies: The tips provided on this website are of a general nature and do not take into account your specific objectives, financial situation, and needs. You should always consider their appropriateness given your own circumstances.
SoFi Invest®
The information provided is not meant to provide investment or financial advice. Investment decisions should be based on an individual’s specific financial needs, goals and risk profile. SoFi can’t guarantee future financial performance. Advisory services offered through SoFi Wealth, LLC. SoFi Securities, LLC, member FINRA / SIPC .