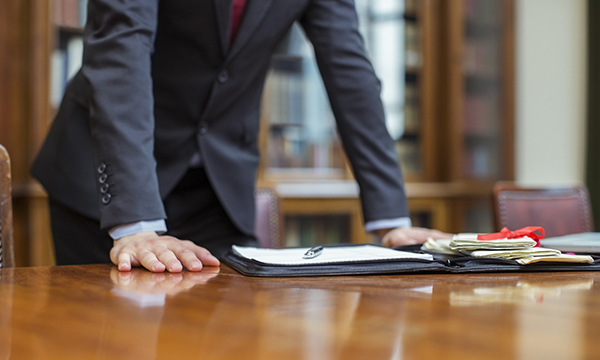 The EU’s Plans to Crack Down on Big Tech

EU Releases a Draft of Legislation for Monitoring Big Tech

The European Union has released a draft of its highly anticipated Digital Services Act and Digital Markets Act, two rulebooks that will soon set strict guidelines for tech giants in the EU. Before now, the European Commission has kept the details of the proposals under wraps.

The acts seek to enforce competition laws and algorithm transparency, as well as requiring companies to manage harmful and illegal content. Additionally, the legislation aims to stop major tech companies from promoting their own products on marketplaces that they control, which could prevent smaller tech companies from gaining visibility. For example Apple (AAPL) will be under scrutiny regarding how it promotes products like Apple Pay on its App Store.

The acts will serve as an update to legislation that first became law in 2004, when Facebook (FB) had just been founded and Twitter (TWTR) did not yet exist. When the rules take effect, companies like Google (GOOGL), Facebook (FB), Apple (AAPL), Amazon (AMZN), and Microsoft (MSFT) will be marked as internet “gatekeepers.” This means they will be required to follow certain guidelines to limit their power in the market. They will be subject to fines of up to 10% of their annual revenue if they violate competition rules.

In addition to legislation from the EU, yesterday the United Kingdom said it plans to charge significant fines to social media companies and other tech giants if they fail to remove harmful content from their sites. If companies do not obey these rules, they could face fines of up to $24 million or 10% of their annual global revenue, whichever is higher. These restrictions and subsequent fines will begin next year under the Online Safety Bill.

The bill is expected to include special requirements for the largest companies that allow users to post their own content or chat with each other, including TikTok, Facebook (FB), Instagram, and Twitter (TWTR). According to the bill, the UK will also have the right to file criminal charges against the companies’ senior executives if they do not comply with the new rules.

Meanwhile, Twitter is facing a fine of approximately $547,000 in Ireland for its failure to properly declare and document a data breach. Twitter said in a statement, “An unanticipated consequence of staffing between Christmas Day 2018 and New Years’ Day resulted in Twitter notifying the IDPC outside of the 72 hour statutory notice period.”

The charge is notable in part because it is the first against a United States tech company since the European Union’s General Data Protection Regulation (GDPR) rules took effect in 2018. The Irish Data Protection Commission is facing criticism on two fronts in the wake of this case. First because the decision took so long to reach. Critics say it will be hard for the commission to effectively sanction fast-moving tech companies if it continues to move this slowly. Second, critics are also displeased because the fine is smaller than expected. Under the GDPR, regulators can fine companies up to 4% of their global annual turnover. Twitter will pay a fine equivalent to just over 0.1% of the company’s full-year 2019 revenue.

Big Tech is up against significant pushback from EU lawmakers. Investors will be anxious to see how various discussions and conflicts unfold.

Please understand that this information provided is general in nature and shouldn’t be construed as a recommendation or solicitation of any products offered by SoFi’s affiliates and subsidiaries. In addition, this information is by no means meant to provide investment or financial advice, nor is it intended to serve as the basis for any investment decision or recommendation to buy or sell any asset. Keep in mind that investing involves risk, and past performance of an asset never guarantees future results or returns. It’s important for investors to consider their specific financial needs, goals, and risk profile before making an investment decision.
The information and analysis provided through hyperlinks to third party websites, while believed to be accurate, cannot be guaranteed by SoFi. These links are provided for informational purposes and should not be viewed as an endorsement. No brands or products mentioned are affiliated with SoFi, nor do they endorse or sponsor this content.
Communication of SoFi Wealth LLC an SEC Registered Investment Advisor
SoFi isn’t recommending and is not affiliated with the brands or companies displayed. Brands displayed neither endorse or sponsor this article. Third party trademarks and service marks referenced are property of their respective owners.
SOSS121601