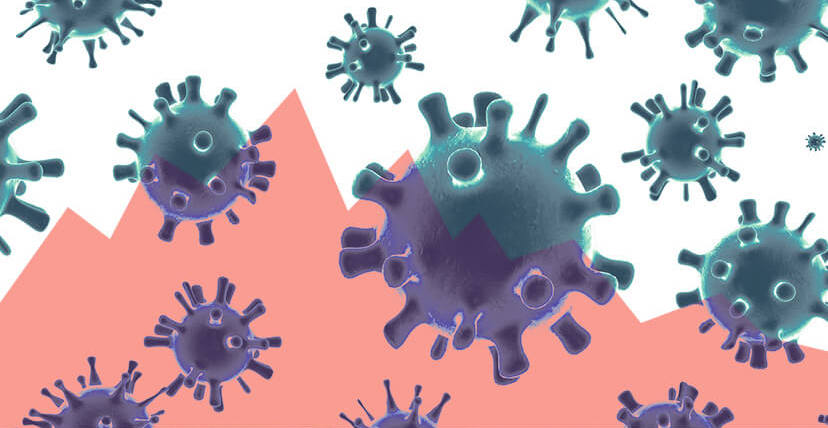 Has the Coronavirus Recession Begun?

It appears that the economic fallout from the coronavirus pandemic has reversed the near decade-long bull market, pushing the U.S. economy into a recession.

The coronavirus has impacted the daily lives of all Americans. Schools are canceled, those who can work from home are doing so, and bars and restaurants across the country are closed indefinitely. In response, the stock market is reeling.

The Dow closed below 20,000 for the first time since February 2017 on Wednesday. And stock trading has been halted four times in recent days in an attempt to control the freefall.

The disruption to economic activity is already worse than previous estimates and could deteriorate further in the U.S. and Europe, according to S&P Global, a credit rating agency that determines the creditworthiness of companies and governments around the world.

Economic data from Asia, where the spread of the virus appears to have stabilized, suggests that the outbreak slowed economic activity far more than previously expected.

The Economic Engine Grinds to a Halt

Consumer spending is the grease that keeps the economy moving. Shuttered businesses, cutbacks on nonessential travel, and people just staying home means that consumer spending has largely ground to a halt.

And that’s a big deal. Consider that consumer spending makes up more than two-thirds of the U.S. economy .

As revenues drop from recreation and travel, companies are already laying off workers, a trend that is expected to accelerate. As many as 18 million people work in those industries.

What’s more, as restrictions on person-to-person contact in the U.S. and Europe become more strict, markets continue to spiral amid rising risk-aversion, and view of economic activity, credit quality, and earnings drop precipitously.

How Long Could a Recession Last?

Experts expect that a downturn in the global economy will last at least six months. S&P Global predicts that the effects of social distancing on consumer spending, the subsequent drop in the market, as well as falling oil prices will lead to a 1% drop in GDP in the first quarter of the year and a 6% contraction in the second quarter.

Banking giant Morgan Stanley says that the U.S. economy could contract by as much as 4% in the second quarter, and that global growth could slip by 0.9% after a contraction in the first half of the year.

These predictions would make a coronavirus recession less extreme than the 2008 recession, but more acute than the financial downturn of 2001.

Some experts say that global economic activity could return to business as usual as soon as the third quarter this autumn, with a slow recovery into 2021.

Oxford Economics predicts that global GDP will slow to 2%, down from 2.6% last year, before rebounding to 3% in 2021.

Industries That Have Been Affected

In an attempt to curb the spread of the coronavirus, governments and businesses have canceled events and shuttered ground locations. New York and Los Angeles are among the major cities to close all restaurants, bars and movie theaters.

Large sporting events including NBA, NHL, and college basketball games have been canceled. Major retail stores, such as Macy’s, Nordstrom, Bloomingdale’s, and Apple have all closed their doors to the public for the time being.
The travel and hospitality industries have been hit particularly hard.

Hilton Hotels has announced that it plans to close most of its properties in major U.S. cities, and has already begun to do so in New York and Washington. Hilton CEO Christopher Nassetta has said that global occupancy rates could fall to as low as 10% .

Airlines have been hit hard by the coronavirus, with many canceling domestic and international flights as demand plummets and borders close. The IATA, an industry trade group, predicts passenger flights could see revenue losses of $63 billion to $113 billion in 2020.


Before the coronavirus pandemic, unemployment was at historic lows. However, a wave of layoffs is expected in response to the virus.

Nearly a quarter of businesses say they plan to downsize if the outbreak worsens, according to a business owners survey conducted last week by wealth manager UBS.

The housing market was stronger than expected in February, yet it could be undercut as stock market losses wipe out considerable equity for potential homebuyers and recession and the threat of layoffs loom.

In response to economic fallout, lawmakers are working to agree on a $1 trillion relief plan—including $500 billion for two waves of direct payments to taxpayers and another $500 billion for loans to businesses. The White House proposes payments of $1,000 per adult and $500 per child.

The proposal would give small businesses loans equalling six weeks of their payroll, up to $1,540 per person, if the business promises to pay their employees for eight weeks after receiving the loan.

It also calls for a $50 billion bailout for the airline industry in the form of secured loans, with an additional $150 billion in secured loans for other hard hit sectors, such as cruise lines. Some criticize this type of corporate bailout.

Some companies have used recent corporate tax breaks for programs like stock buybacks that may be seen as prioritizing shareholders over workers. The government has said that it will waive interest on federal student loans until further notice.

Additionally, the Federal Reserve cut interest rates to near 0% in an effort to prevent a credit crunch and to help bolster the markets. Lower interest rates could spur consumers to refinance loans, helping put a little extra money in their pockets for now.

While it is unclear when this recession might end, it’s important to prepare yourself and your financial plan for when it does.

For up-to-date market information and access to certified financial planners who can help guide you through your personal financial situation, download the SoFi App.
Download the App

SoFi Invest®
The information provided is not meant to provide investment or financial advice. Investment decisions should be based on an individual’s specific financial needs, goals and risk profile. SoFi can’t guarantee future financial performance. Advisory services offered through SoFi Wealth, LLC. SoFi Securities, LLC, member FINRA / SIPC .
External Websites: The information and analysis provided through hyperlinks to third-party websites, while believed to be accurate, cannot be guaranteed by SoFi. Links are provided for informational purposes and should not be viewed as an endorsement.
Third Party Trademarks: Certified Financial Planner Board of Standards Inc. (CFP Board) owns the certification marks CFP®, CERTIFIED FINANCIAL PLANNER™, CFP® (with plaque design), and CFP® (with flame design) in the U.S., which it awards to individuals who successfully complete CFP Board's initial and ongoing certification requirements.
SOIN20064