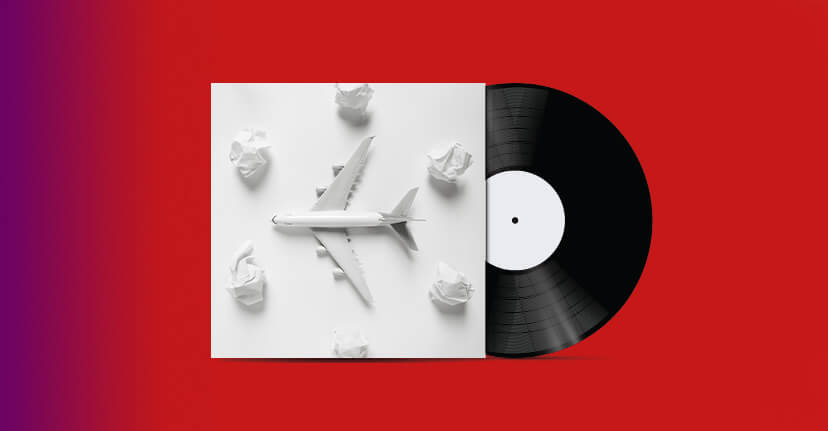 You could say that Richard Branson, founder of the Virgin Group, began his career in business at age 11—selling parakeets with his best friend. Fast forward to today, and the boy who was once slinging pet birds now has a net worth of $3.9 billion. Here’s a look at the steps—and missteps—Branson took on his way from entrepreneurial schoolboy to billionaire mogul.


Branson was born on July 18, 1950 in Surrey, England. He was the eldest son of Edward Branson, a barrister, and Eve Branson, who worked as a flight attendant. He attended Stowe School, a prep academy in Buckingham. Branson’s struggle with dyslexia, which wasn’t understood at the time, made his school work extremely challenging. He eventually dropped out at age 15.

Branson credits this moment with launching his career in a way, telling Forbes Magazine that if he hadn’t dropped out of school, “I suspect I would have ended up having a much more conventional life. My father was a barrister, and my grandfather was a judge. They expected me to follow suit, but because I was dyslexic there was no way I thought I could do that. That turned out to be a big advantage.”

Before leaving school, Branson started Student magazine, which he threw himself into promoting when he dropped out. With that, Branson kicked off his career, starting a decades-long journey that would lead him from music and other media, to Virgin Airlines, and all the way to space—onboard Virgin Galactic.


Student magazine launched in 1966. Branson wanted to create an alternative to the other student publications available, which he considered “boring.” The magazine covered everything from music to the Vietnam war.

A moment of serendipity provided seed money for the magazine. Branson’s mother found a necklace on the ground and turned it into the local police.

After many months, the necklace remained unclaimed and the police offered it back to her. She sold the necklace for 100 pounds, approximately $1,900 USD today, and gave the money to her son to help him launch the magazine.

To help continue supporting the project, Branson started a mail-order record business. And while the magazine would ultimately fail, the record business lived on in the form of Virgin Records.

In 1971, the first Virgin Record shop opened up in London on Oxford Street. Branson himself manned the register and sold the first record, an album by the German band Tangerine Dream.

Branson and his employees debated about what to call the company. They were leaning toward Slipped Disc when they decided that they were all virgins in the business and would name the company accordingly.

After opening the store, Branson—unable to get a record label deal for talented artists he supported—decided to start a record label himself. In 1972, he opened a recording studio, dubbed The Manor, where Tangerine Dream and John Caler recorded. A year later, Virgin Records and Virgin Music Publishing launched with the release of Mike Oldfield’s “Tubular Bells.”

The record label signed The Sex Pistols in 1977, and would go on to work with mega artists like Janet Jackson and The Rolling Stones.

By the mid-eighties, Branson had turned his sights from music to air travel. In 1984 he launched the airline Virgin Atlantic. Not content simply to get people to their destination, the company launched Virgin Holiday—which offers packaged travel deals—shortly thereafter in 1985.

Children of the eighties and nineties may remember the Virgin Megastore—which first opened in the U.S. in 1992—fondly. At the same time, Virgin Atlantic was struggling. Among other challenges, the company had to contend with what would become known as British Airways’ “dirty tricks ” campaign. During that time the airline giant tried to put Virgin Atlantic out of business. That same year, Virgin Records was sold to EMI to help keep the airline afloat.

In 2002, Virgin Mobile made its debut in the U.S. The company went global in 2006 in China, France, and South Africa.
After continuing to expand the routes and services offered by Virgin Atlantic, Branson cast his eyes a little bit further beyond Earth’s atmosphere.

In 2004, Burt Rutan designed SpaceShipOne, the first privately-built manned spacecraft to reach space. The same year, Virgin Galactic launched. Its stated mission is to operate a new generation of space vehicles that will make space travel possible for everyone.

Branson has worked tirelessly to build his businesses, from small magazine to space travel. And of course, there have been bumps along the way. During Virgin Atlantic’s initial test flight, a flock of birds flew into the engine.

Branson wasn’t able to turn all of his failure around, however. Consider Virgin Cola, which was meant to compete with Coke and Pepsi and fizzled after only a few years.

Branson also made a number of forays into fashion with a cosmetic company and an underwear company that he saw as a competitor to Victoria’s Secret. He even made forays into the bridal industry with Virgin Brides bridal stores and boutiques.

None of these fashion ventures succeeded, but they do point to Branson’s willingness to try an idea, and when it doesn’t work the first time, reconsider it and try again.

In many ways, Branson has transcended business to become a cultural and pop icon. Who could forget when MTV Cribs took a tour of his house on Necker Island—his private island in the British Virgin Islands—where the camera crew stumbles across a bikini-clad Mariah Carey in one of the bedrooms. He’s also made cameo turns on Friends and Baywatch.

In addition to his businesses, Branson is active in nonprofits, including through his organization Virgin Unite . The organization collaborates with a number of initiatives such as the Branson Centre for Entrepreneurship, which helps give a leg up to budding entrepreneurs in Kingston, Jamaica. Another collaboration, the Carbon War Room, involves a team of entrepreneurs looking for market-based solutions to climate change.

Branson’s company, The Virgin Group, is a private conglomerate. Shares of the company are not available to the general public. Some of its familiar brands like Virgin Atlantic and Virgin Mobile are subsidiaries of the company and may be owned in part by other companies.

For example, Delta owns 49% of Virgin Atlantic. Shareholders can gain some access to Virgin brands through purchasing shares of these other companies.

Investors interested in buying shares in any single company could consider researching the company carefully before they buy. When they’ve decided that buying shares makes sense for their goals and is a right fit for their portfolio, they can do so in an active investment account.

To learn more about investing in companies that interest you, visit SoFi Invest®. Plus, there are no transaction or management fees with a SoFi investment account, and you are able to learn by doing.
Learn More

External Websites: The information and analysis provided through hyperlinks to third-party websites, while believed to be accurate, cannot be guaranteed by SoFi. Links are provided for informational purposes and should not be viewed as an endorsement.
SoFi Invest®
The information provided is not meant to provide investment or financial advice. Investment decisions should be based on an individual’s specific financial needs, goals and risk profile. SoFi can’t guarantee future financial performance. Advisory services offered through SoFi Wealth, LLC. SoFi Securities, LLC, member FINRA / SIPC .
SOIN19144