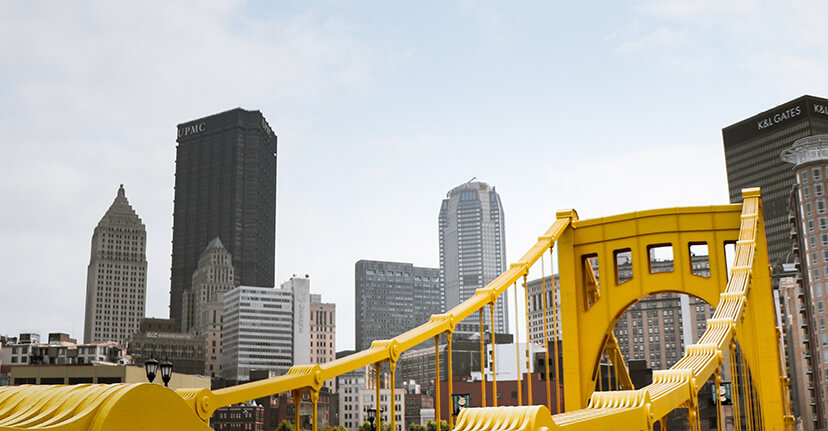 Most Affordable U.S. Cities to Live In

Let’s admit it, everyone loves a good deal. From a killer happy hour, to a clothing sale, saving money can be satisfying—even life changing.

So imagine saving much more than on a meal or a new outfit. Living in one of the most affordable cities in the US could mean saving across the board. That means greater financial stability, and maybe even purchasing a home of your own—sooner rather than later.

We poured over the cheapest places to live in the US and most liveable city listicles to bring you not only some of the most affordable square footage in the country, but also the cities with growing job markets. In a more affordable market, you can afford more home, and possibly a more comfortable lifestyle.

Want to save while still living comfortably? Read on to discover our top 15 cheapest cities to live in the US.

Population: 261,000
Price Per Square Foot : $91
Not only is it home to the buffalo wing, but Buffalo’s growing downtown sector and affordable cost of living has made the city an attractive place for first-time homebuyers.
It has an emerging tech scene, and established health and finance industries offers booming job opportunities. Fair weather folks be warned, the city’s winters can be brutal, but residents say it’s worth it for the summer.

Population: 264,488
Price Per Square Foot : $98
Fort Wayne is surrounded by parks, trails, and three rivers, and it’s growing healthcare, manufacturing, and insurance sectors makes it ideal for the outdoorsy type seeking employment in those fields.

Additionally, the city hosts one of the oldest Native American structures in the world.

Population: 829,718
Price Per Square Foot : $107
Indianapolis is known as the racing capital of the world, but also attracts residents with its blend of arts, education, and culture. Sports fans are also drawn to the city for the Colts, as well as a thriving sports and outdoor recreation culture. The biggest employment sectors in the city are healthcare and sports tourism.

Population: 193,079
Price Per Square Foot : $108
It’s not uncommon to hear Huntsville being referred to as “out of this world”—the city is home to NASA’s Space Flight Center, which means top employers are in the aerospace and military tech fields.

If you’re not launching rockets, the biotech, retail, and higher-ed sectors also make up much of the city’s employment numbers. The city offers a downtown area full of unique shops, modern dining, and entertainment more commonly found in a large city.

Population: 390,000
Price Per Square Foot : $119
The largest city in Kansas, Wichita offers the amenities of a big city with the feeling of a small town. Growth here comes from jobs in manufacturing, healthcare and agriculture. Even with the small town charm, the city has a robust arts, culture, and sports scene that’s accessible and affordable.

Population: 129,626
Price Per Square Foot : $120
Lafayette has earned the moniker of “Happiest City in America ” for a reason. It’s the fourth largest city in Louisiana, but is the center of Creole and Cajun culture. The economy of Lafayette thrives in part due to the large offshore oil and gas development. Health care and education also provide job opportunities in the city.

Population: 87,936 (as of 2017)
Price Per Square Foot : $132
Fayetteville is home to the University of Arkansas, but its proximity to the Ozark National Forest also makes it an ideal city for outdoorsy types.

The university is the town’s main source of employment, but it also provides opportunities in the trade, retail, and healthcare sectors. The university also brings in a large arts and culture scene, creating a balance between outdoors and entertainment.

Population: 209,000
Price Per Square Foot : $132
As the capital of Iowa, Des Moines plays host to major insurance, finance, and publishing companies. It’s in part due to these industries that Des Moines is one of the wealthiest cities in America.

But, don’t let its wealth drive you away—it’s still one of the most affordable cities to live in. Major employment sectors include financial services, distribution and logistics, and publishing.

Population: 301,301 (as of 2017)
Price Per Square Foot : $133
Cincinnati has a historically strong local economy. It’s home to ten Fortune 500 companies as well as the University of Cincinnati and Xavier University. The city is also headquarters to Kroger, Macy’s, and Procter & Gamble, offering a number of career opportunities to its population.

Population: 230,000
Price Per Square Foot : $134
Baton Rouge’s rich culture and cuisine gives it a big city feel, with the charm and affordability of a small town. Louisiana State University and the city’s festive culture make Baton Rouge the tailgating capital of the world.
Beyond tailgating, the city hosts multiple festivals and celebrations that are free and open to the community. If you’re looking for a city steeped in history with a thriving music and arts scene, Baton Rouge might be the place for you to settle.

Population: 194,000 (as of 2015)
Price Per Square Foot : $135
Grand Rapids was once known as the “Furniture City ,” and while some employment still comes from furniture manufacturing, more residents find employment in the healthcare, technology, automotive, aviation, and education sectors.

The city has a booming live music culture with many entertainment venues, as well as new and established museums.

Population: 620,000 (as of 2016)
Price Per Square Foot : $140
Kentucky’s largest city is likely best known for the Kentucky Derby and Kentucky Fried Chicken, but the city also hosts three Fortune 500 companies and a worldwide UPS hub.

The University of Louisville draws a diverse student population and the city’s rich history in distillation brings in both growing economic opportunities and an expanding cultural and culinary scene.

Population: 466,000
Price Per Square Foot : $147
Omaha is home to five Fortune 500 companies, as well as the bustling Offutt Air Force Base. Between a low cost of living and job opportunities, Omaha deserves a spot in the top fifteen. If you’re looking for careers in banking, healthcare, technology, insurance, or transportation, this could be the city for you.

Population: 2.36 million
Price Per Square Foot : $149
Pittsburgh’s 446 bridges have earned it the moniker of “City of Bridges,” and its many colleges and universities have created a bridge for post-grad employment, especially in the STEM field, as well as healthcare.

The birthplace of Andy Warhol, as well as home to six-time NFL champions the Steelers, Pittsburgh blends sports and arts in an approachable and affordable environment.

You Can Afford More for Less

Ready to make a move for a better quality of life? A cheaper city with more affordable square footage could mean owning the home of your dreams is closer than ever.

Don’t let that pesky mortgage process hold you back—SoFi mortgage loan offers as little as 10% down on loans up to $3 million.
Learn More