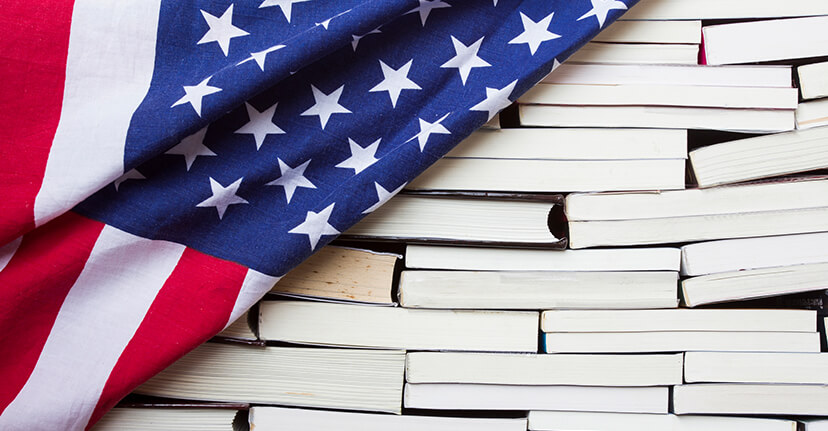 Bill Weld , the former governor of Massachusetts, was the first Republican to announce that he’s running against President Donald Trump in the election primaries. Weld has historically supported education, in particular online education and training programs.

Who is Bill Weld, what are his positions on the major issues, and what exactly is his stance on education and student debt? Let’s dive in.

Who is Bill Weld?

In addition to Massachusetts governor (the first Republican in 20 years!), Weld held positions as U.S. attorney for the District of Massachusetts, and U.S. assistant attorney general for the Criminal Division.

Although he was a popular governor in Massachusetts, Weld has been criticized for his lack of party loyalty. He defected the Republican party to run for Vice President in 2016. In 2008 he endorsed Barack Obama over John McCain, but in 2012 he endorsed Mitt Romney over Obama.

Bill Weld has long been known for his socially liberal and fiscally conservative values. He candidly opposes President Trump, with statements like, “I really think if we have six more years of the same stuff we’ve had out of the White House the last two years that would be a political tragedy, and I would fear for the Republic.”

Weld on the Key Issues

Before we get to Weld’s stance on education, here’s a quick rundown of his opinions on other key political issues:

•  Economy: Weld is in support of tax cuts and reducing government spending. He wants to work on balancing the budget.

•  Abortion: Weld is pro choice, and has supported abortion rights for more than 20 years.

•  Gun Rights: In the 1990s, Weld backed a ban on assault weapons, in opposition to the Republican party.

•  Marijuana: A member of the board of directors of cannabis company Acreage Holdings, Weld has supported the legalization of medical marijuana since the 1990s.

•  LGBTQ Rights: During his time as governor, Weld signed legislation protecting gay and lesbian students, and also recognized domestic partnership rights for same-sex couples. In 2013 he signed an amicus brief in support of same-sex marriage.

•  Trade and Foreign Policy: Weld is opposed to the tariffs which have been put in place by the Trump administration, and has been critical of the Iraq War and other invasions.

As perhaps the only state executive who dreams in ancient languages, Bill Weld has demonstrated his commitment to education throughout his decades as a political leader. Weld signed the Education Reform Act while governor of Massachusetts, which aimed to raise accountability and standards in the public school system.

In 1993, Weld signed a law prohibiting discrimination against gay and lesbian students in public schools, which was a groundbreaking shift in the educational system.

In general, Bill Weld is in favor of more availability and options for education. He supports home-schooling, online education, and charter schools. Weld has suggested the abolishment of the Department of Education, because he feels decisions should be made by the States, communities and parents–not by the federal government.

Weld recognizes that new skill sets will be needed in the future workforce, and wants to put more work into making sure students are prepared to meet those demands. He views the upcoming wave of automation and job loss as the most critical domestic issue to be addressed at this time.

“This is not caused by the unseen hands of globalization or the internet, but rather by the soon to be all-too-visible hands of robotics, drones, machine learning, artificial intelligence, and autonomous vehicles,” Weld has stated.

“The old jobs will be replaced by new and different jobs, but the problem is that today’s workers don’t yet possess the skill sets that the replacement jobs will require,” He continued. “This truly is a national emergency, and it’s going to require a nationwide response.”

As the father of three Millennials, Weld is familiar with the mountains of student debt many graduates are buried under. Weld believes that students should be able to refinance their college loans at a lower rate, and has proposed making in-state tuition free for displaced workers at two-year post-secondary schools.

His tuition plan was part of Clinton’s education plan in 2016. As he put it, “The current federal provision which prevents the renegotiation of student debt? We need to repeal it immediately.”

Making college tuition more affordable for Americans is a hot topic amongst many of the 2020 presidential candidates.
Democratic candidates Bernie Sanders and Elizabeth Warren have both released debt forgiveness plans. Some of the suggested ideas include tuition-free community college, free undergraduate tuition for public colleges and universities, and student loan forgiveness.

Senator Warren’s plan would cancel $50,000 worth of debt for anyone living in a household earning less than $100,000 a year. For anyone earning between $100K and $250K, it would provide a prorated amount of debt relief.

Tuition and student loan forgiveness plans proposed by the candidates have been met with mixed response so far.

Critics have claimed that one-time debt clearance isn’t forward-thinking enough, and that people who have already paid their loan debts down will resent how other borrowers benefit from the plans. Others claim that the plans will boost the economy, create economic stimulus, increase home-buying, and improve credit scores.

Paying for Your Education

The elections are still a ways off, and though we may not be quite ready to elect a president with new plans for financing education, fortunately there are private student loans designed to work for your needs. Paying for school shouldn’t feel like a burden.

SoFi offers private student loans with no fees (that means no late fees, origination fees, or insufficient funds fees.) You can easily apply for your loan online, and with flexible repayment options, you can find a loan that fits your budget.

Learn more about paying for your education with a SoFi private student loan.
Learn More

External Websites: The information and analysis provided through hyperlinks to third-party websites, while believed to be accurate, cannot be guaranteed by SoFi. Links are provided for informational purposes and should not be viewed as an endorsement.
SoFi Loan Products
SoFi loans are originated by SoFi Bank, N.A., NMLS #696891 (Member FDIC). For additional product-specific legal and licensing information, see SoFi.com/legal. Equal Housing Lender.
SoFi Private Student Loans
Please borrow responsibly. SoFi Private Student Loans are not a substitute for federal loans, grants, and work-study programs. You should exhaust all your federal student aid options before you consider any private loans, including ours. Read our FAQs. SoFi Private Student Loans are subject to program terms and restrictions, and applicants must meet SoFi’s eligibility and underwriting requirements. See SoFi.com/eligibility-criteria for more information. To view payment examples, click here. SoFi reserves the right to modify eligibility criteria at any time. This information is subject to change.