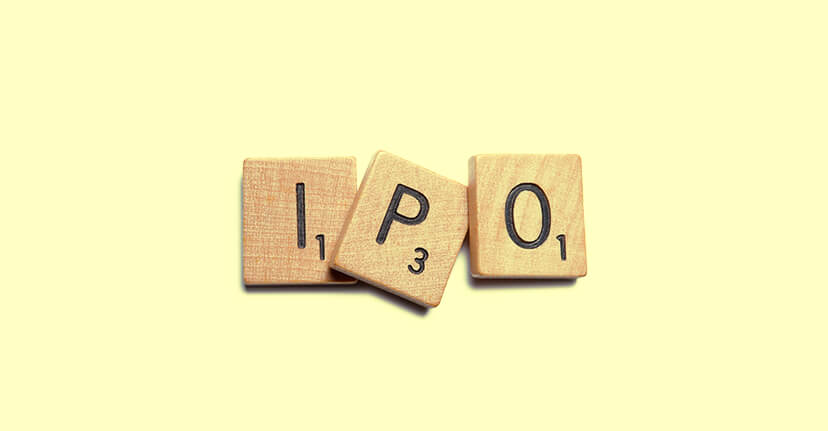 Industry insights, IPO updates, and fun facts about some of the world’s favorite firms.

So far, you might describe 2019 as the year of the unicorn companies. These are startup companies valued over $1 billion, and many of them—like Lyft, Beyond Meat, and Zoom—are hitting the market for the first time. But what’s driving this current trend in IPOs, and will it continue?

It might feel like you can hardly catch a breath between tech IPOs this year. No sooner has Lyft gone public than the market’s attention veers toward other tech darlings like Pinterest. So why the pile-on now? The answer may lie in the way that these companies raised money.

Cast your eyes back for a moment to the late nineties when tech giants like Amazon were making their own initial public offerings. At that time, companies frequently turned to the public market to fund their growth just a few years after their founding. Amazon, for example, was founded in 1994 and went public in 1997.

Now, companies like Uber and Lyft, are building huge businesses through the help of private funding, avoiding scrutiny, and demand for public disclosures for longer while they grow. Mutual funds, hedge funds, and venture capitalists are likely to invest more in companies while they’re private to garner a larger stake when they go public.

The investments are partially responsible for driving the valuation of companies past the billion-dollar mark. And in some cases, these private companies are valued at rates similar to their public counterparts.

This year, many companies, which have spent years maturing, are ready to go public, or they’ve already crossed the finish line.

Haven’t We Seen This Before?

I’d be no surprise if all of this were to give you déjà vu. Twenty years ago, during the dotcom bubble , tech companies were partying like it was 1999, experiencing similar highs when it came to IPOs. Internet companies made millions on investor speculation. However, the bubble burst as many of those companies failed to turn a profit.

Consider Pets.com, one of the biggest tech IPO fiascos to come out of the dotcom bubble. You may remember the company’s famous sock puppet dog mascot, which was even a balloon in the Macy’s Thanksgiving Day Parade.

The stock made over $80 million in its IPO. And while its share price reached a high of $14 per share, they quickly plummeted to just $0.22. The company folded only nine months after going public. Woof.

Things appear to be quite different two decades on. Investor speculation on relatively young and untested companies was partially to blame for the dot-com bubble bursting.

Investor enthusiasm is still driving some of today’s sky-high valuations. Yet, remember, the current class of tech IPOs tend to include much older companies. While Amazon was only three years old when it went public, Uber, which is set to go public this year, was founded a decade ago in 2009 .

The company is seeking a valuation of $80 billion to $91 billion in its initial public offering. And it expects to raise as much as $9 billion in its IPO, bringing the company value to $100 billion.

These are much more mature companies that have shown that their business models have staying power. It’s hard to imagine a world without ride-sharing apps.

However, many do share an interesting similarity with their cousins of the dotcom bubble. A number of this year’s IPOs, including Uber, have yet to turn a profit, and some are even losing billions of dollars each year. This factor sets these companies apart from some of the public tech giants, like Google, which was profitable three years before it went public.

Private companies don’t have to disclose much about how they make money. And information about how the glass of 2019 plans to turn a profit will only become clear once they’re public.

There have been highs and lows among this year’s IPO debutantes. Lyft was one of the most hotly anticipated IPOs of 2019. With an IPO date of March 29, it beat its main competitor, Uber, to the punch.

Other IPOs have appeared more promising. Beyond Meat , maker of the Beyond Burger, released shares in an initial public offering on May 2. The IPO price per share was set at $25, and on Thursday, May 2 the first shares traded on the open market at $46 per share.

By the end of the day, stocks in the company were trading at $65.75, which is 163% over its IPO price. The company became the best first-day performing IPO in nearly the last 20 years.

It remains to be seen what will happen with upcoming IPOs. Airbnb plans to go public at some point during 2019 or next year . And office communications app Slack will hit the market this year in a direct public offering , where stocks will be made available to the public without first passing through the hands of an underwriter.

Investors can often buy shares of companies going public for the first time on the opening day of a company’s IPO. Because many of today’s tech companies did much of their growing while private, the average investor can’t access that growth the way they might have by investing in IPOs of the previous generation . A $1,000 investment in Amazon’s IPO would be worth about $1 million today.

Investing in IPOs can still be exciting. That said, it’s important to also consider that while stock may ride high like Beyond Meat’s shares, they can also fall as they did with Lyft.

To avoid this potential volatility, investors may want to wait before buying shares of a newly public company. In some cases, it may even be worth holding out until after the company’s IPO lock-up period has passed.

During this time, company insiders are forbidden to sell their early shares of the company. When the lock-up ends, it’s a free-for-all, and insider shares may flood the market, depressing share prices.

Research companies carefully before you buy stock. It can be challenging to research a company its IPO. Though the SEC requires companies to provide a prospectus before going public, which can give investors insight into the inner workings of the company.

Investors can purchase stock through a brokerage account. Those interested in IPOs, may want to choose a self-directed account that allows them to handpick the stocks they want to buy.

To learn more about how to open an investment account and start investing, visit SoFi Invest.
Learn More

SoFi Invest®
The information provided is not meant to provide investment or financial advice. Investment decisions should be based on an individual’s specific financial needs, goals and risk profile. SoFi can’t guarantee future financial performance. Advisory services offered through SoFi Wealth, LLC. SoFi Securities, LLC, member FINRA / SIPC .
External Websites: The information and analysis provided through hyperlinks to third-party websites, while believed to be accurate, cannot be guaranteed by SoFi. Links are provided for informational purposes and should not be viewed as an endorsement.
SOIN19131