Stock prices fell last week in the face of rising interest rates and mixed economic data. The 10-year Treasury yield reached its highest level since early June as the market-derived probability of a Fed hike in December rose. Rising yields pushed the dollar higher against most other currencies, hurting returns in international and emerging market equities. We see bond yields leveling out in the coming weeks and remain constructive on U.S. growth.

As time passes without economic catastrophe the market has come to the realization that a December rate hike is likely. The probability of at least one rate hike by year-end, as derived from market prices, rose to nearly 70% this week. 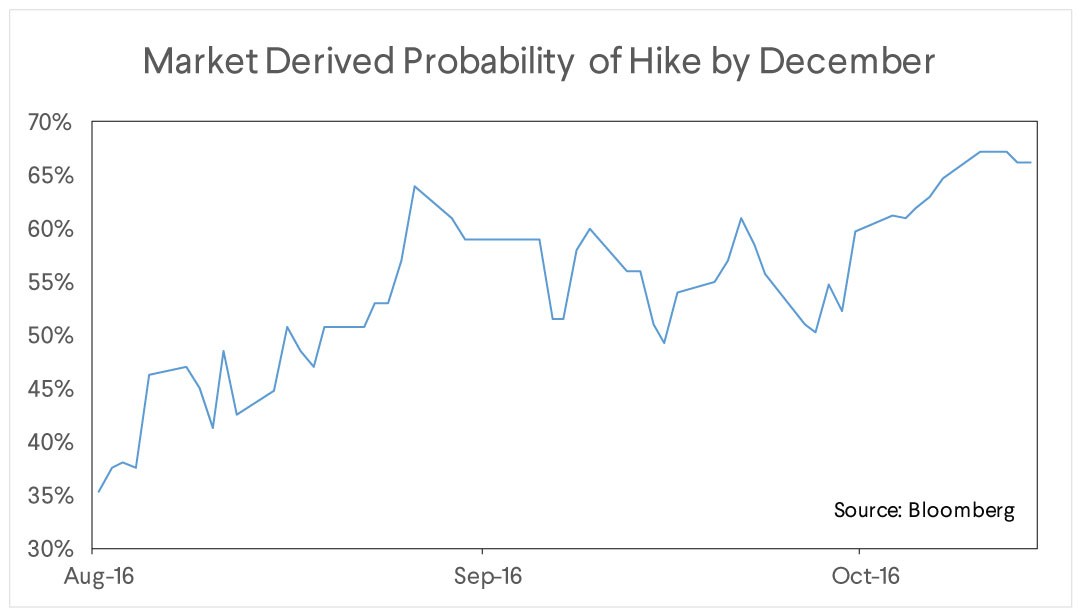 Equity prices can thrive in a rising interest rate environment if economic growth promises growing corporate profits, but data released this week was mixed. The headline retail sales number released on Friday was strong at 0.6% month over month growth. However, stripping out the volatile food, energy, autos, and building materials components showed a different story. Doing so revealed a 0.1% month-over-month growth rate for the less volatile components of sales. This brought the three-month moving average of the less volatile control group into negative territory.

In addition, the Michigan Survey of Consumers, an important measure of consumer expectations, missed its estimates. Households with incomes less than $75,000 are feeling significantly less optimistic. 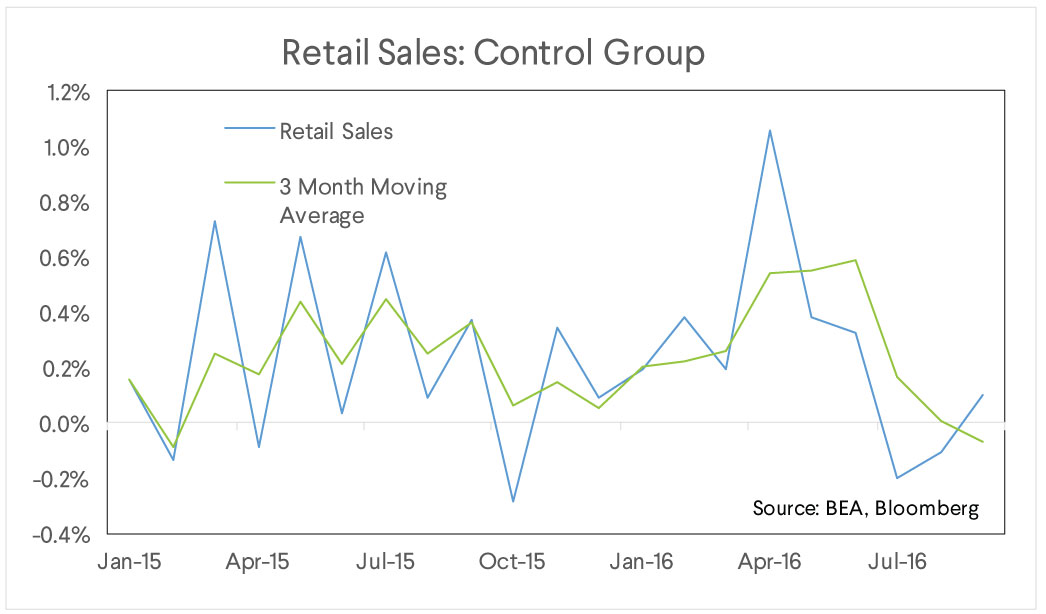 We will watch the sales data carefully but remain constructive on the U.S. economy and our current portfolios. Monthly retail sales data is noisy and, on a longer-term basis (year over year), looks solid. It is likely the consumer expectations data was influenced by the uncertainty surrounding the presidential election.

We also feel that policy makers look less likely to cut the expansion short than in past cycles. A recent speech by Fed vice chair Stanley Fischer reaffirmed the Fed’s understanding of the current business cycle. They have been explicit that they expect GDP growth to be slower than in past expansions and will conduct monetary policy with that in mind. This means that interest rate hikes will be gradual.

This is notable for two reasons. First, the Fed is rarely that explicit about “their” view. In fact, there is not usually a Federal Reserve “view” to begin with. Fed Open Market Committee members come from Federal Reserve districts throughout the country. As such, they have views that are influenced by economic activity in each member’s district. While these views can and have been averaged to form a median projection, it would be a misnomer to suggest that the average view of the FOMC1 members was the FOMC view. Stanley Fischer, however, was quite clear that the FOMC view is that the neutral interest rate (an interest rate that is neither expansionary nor contractionary) is likely lower than in past recoveries.

1. The Federal Open Market Committee (FOMC) includes Federal Reserve Board members and regional Federal Reserve Bank presidents. This committee makes monetary policy although Ben Bernanke recently advised investors to listen to the Chair (Janet Yellen), the Vice Chair (Stan Fischer), and the president of the New York Federal Reserve Bank. In my 13 years at the Fed in the 70’s and early 80s the list would have to be cut to one, the Chairman.

Second, gradual interest rate hikes are something new to the Fed. As we can see in the chart below, past increases in the Fed Funds rate came in successive small hikes over consecutive meetings. They have yet to hike rates again after raising them in December of 2015. It was unclear, however, if this was because economic events conspired against a more ordinary rate hike cycle, or because this time was different. Fischer’s comments give significant weight to the latter. 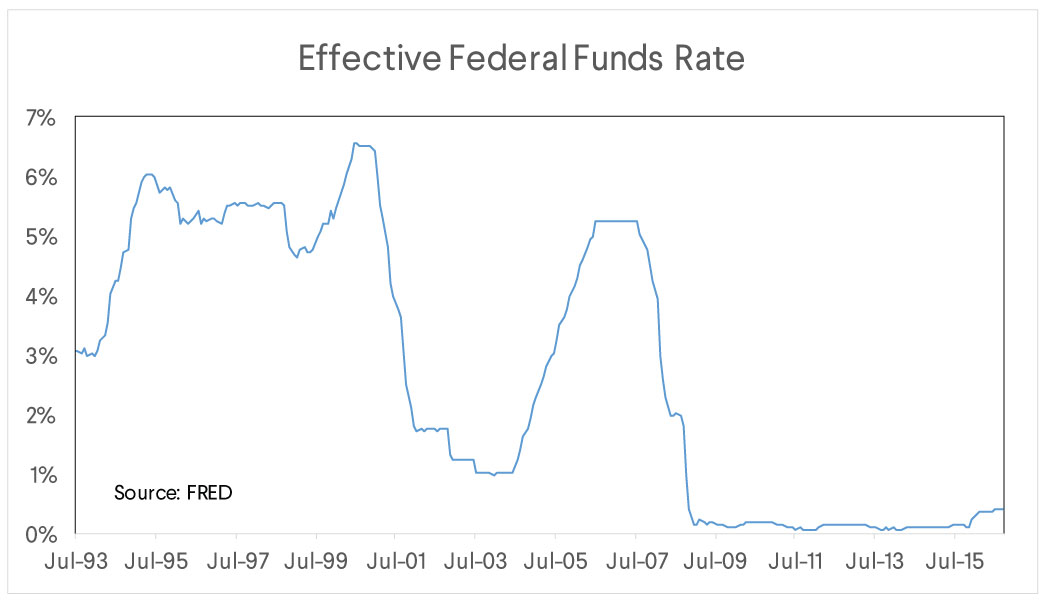 We expect that after the election the Fed will continue to communicate this to the market, slowing the ascent of longer-term interest rates. This would tend to support equity prices and restrain the appreciation of the dollar, helping emerging markets. In addition, we see little reason to worry over the occasional bad data point. With structural factors such as population dynamics and productivity growth causing lower trend growth, normal macroeconomic volatility will generate some negative outcomes.