Equity markets continued to fall last week. The S&P 500 matched its longest losing streak since 1980 with 9 straight losing days as polls indicated a tightening race for president. The search for safety from political uncertainty resulted in rising Treasury prices (and falling yields) throughout the week. While the price action has been painful over the last couple weeks, the economy continues to look good and we still expect a December rate hike from the Federal Reserve.

Friday saw the release of the monthly Current Employment Statistics report from the U.S. Bureau of Labor Statistics. This is the most comprehensive look at the state of the U.S. labor market. The most closely watched number, October net change in nonfarm payrolls, missed investor expectations. However, September’s jobs added figure of 156,000 was revised up to 191,000. Also important was the 0.4% monthly change in average hourly earnings. This brings year-over-year growth in average earnings to 2.8%, the highest level since the financial crisis. 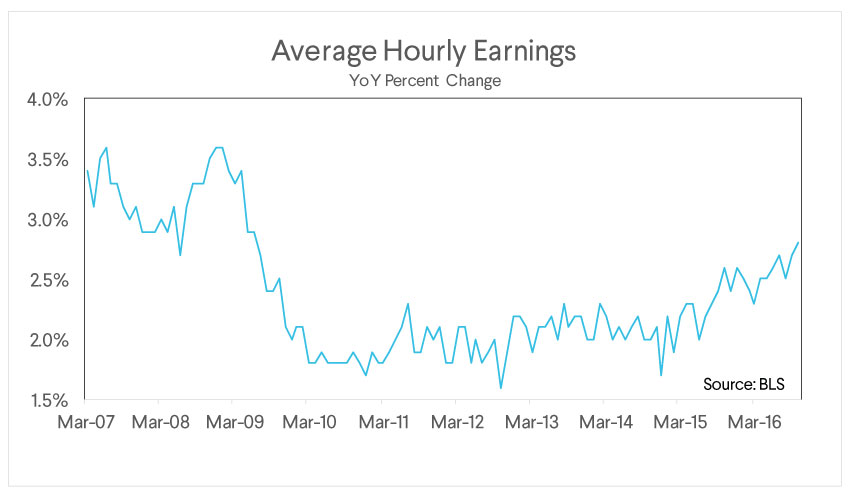 Also released this week were the final results of the various PMI business surveys that measure business activity throughout the world. Last week’s commentary discussed the rebound in U.S. manufacturing activity suggested by the U.S. version of this report. Looking globally, we see a similar trend. Starting in August the manufacturing surveys show accelerating activity in the U.S., China, the Eurozone, the U.K., Japan, and the Global index. This is a good sign as manufacturing jobs allow for higher levels of productivity and thus higher wages, boosting aggregate demand. In addition, the fact that manufacturing activity is picking up globally means demand for those products is also increasing after several years of tepid growth. 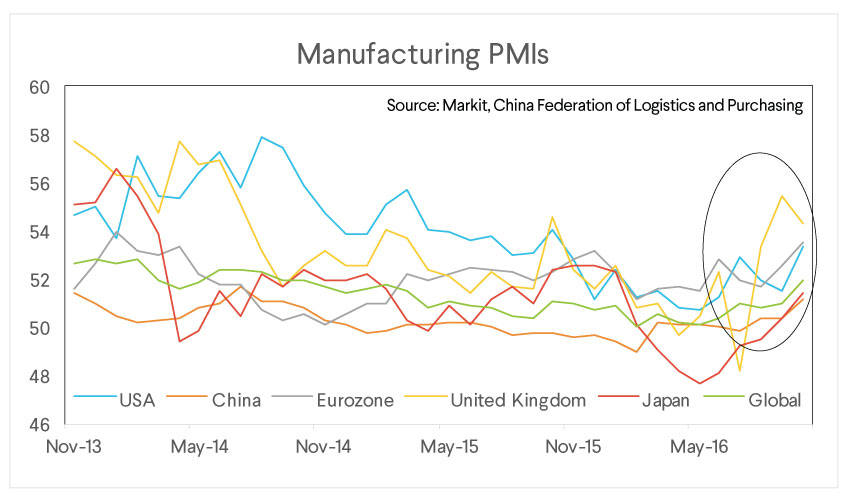 The rebound in Chinese manufacturing activity is especially welcome. As the second largest economy in the world and the largest trading partner for many emerging markets, a healthy Chinese economy is a near requirement for global growth to rebound. Unfortunately, Chinese growth has slowed since the large government stimulus program pushed growth to over 10% after the 2008 recession. This is to be expected as the Chinese economy matures. However, the true extent of the slowdown is unknown as official Chinese GDP data is too smooth to be credible. To be blunt the government has a heavy thumb on the scales. Notice in the chart below how smooth the Chinese GDP data is compared to U.S. GDP data. While the scales of the two axes are different, the smooth trajectory of Chinese GDP, especially post 2014, is unmistakable. This forces market participants to look for other measures of economic activity that are more credible. 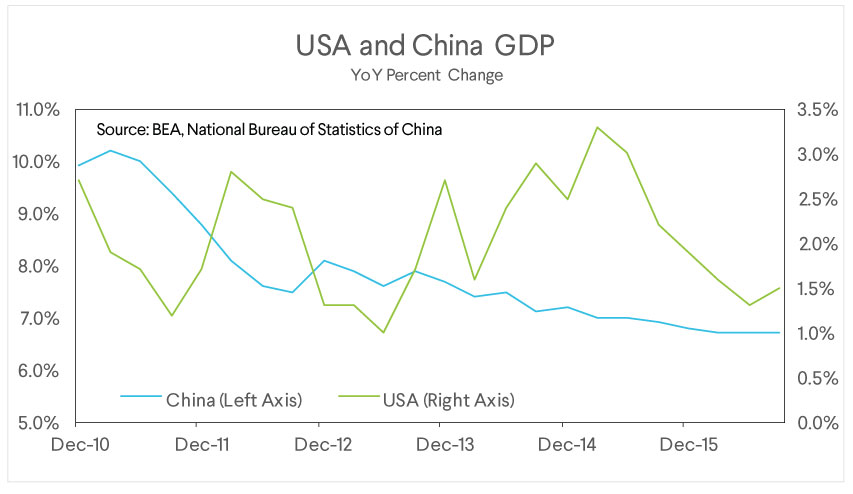 While one such measure is the Chinese PMI data, a more entertaining one is gambling data from Macau. When things are not going well you are less likely go on vacation and gamble. 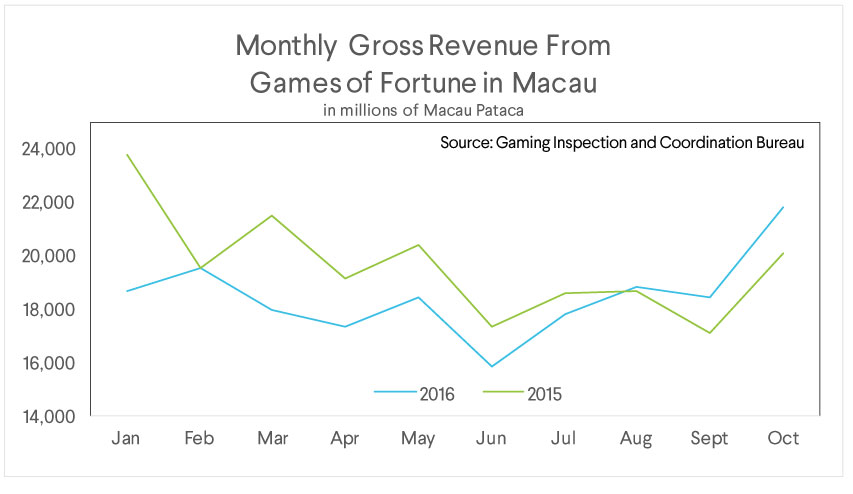 What do we see from the Macau data? Good things. For much of 2016 monthly revenue fell short of the data from a year earlier. However, since August 2016 data has been stronger than that in 2015. We conclude that Chinese gamblers believe that things are looking up.

Assuming there is a clear winner on Tuesday, at least some of the political uncertainty that has dominated markets will be resolved. Moreover, it seems unlikely that the winner will enjoy a compliant congress and so the short-term shift in economic policy will be limited. In this environment we expect the positive trend in economic activity in the US and the world to support risk assets.