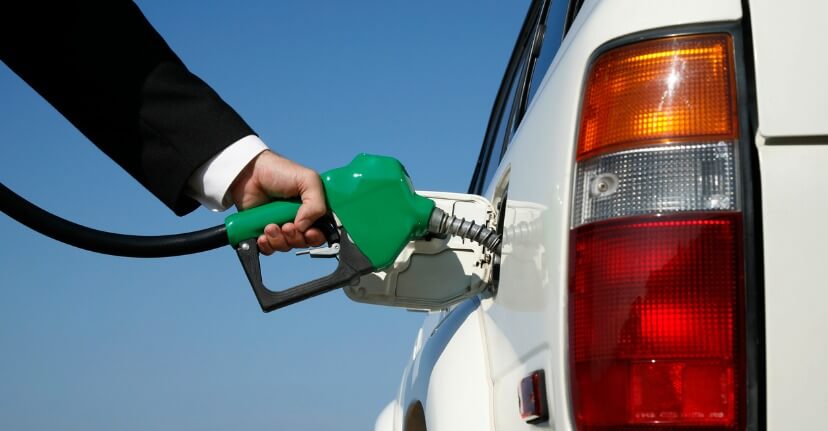 How the Ukraine Invasion May Affect Oil, Gas, and Clean Energy Investments

The economic and financial effects of Russia’s invasion of Ukraine are being felt across all parts of life, from the gas station to the stock market. Anyone looking to fill up their car with gas recently has seen the impact firsthand. According to AAA, the average price for a gallon of regular gasoline is $3.728, up 5% from a week ago. On a broader scale, the price of Brent Crude Oil is up about 18% since the fighting in Eastern Europe started a week ago, reaching the highest levels in nearly a decade. These price swings are putting pressure on consumers, investors, and businesses who are already struggling with the highest inflation rates in 40 years.

But amidst this volatility, there are opportunities for investors looking to put their money to work in novel ways in the stock market. Some experts believe that this current conflict may cause governments and companies to shift away from a reliance on fossil fuels in the long term. Already Germany announced plans to accelerate the growth of its wind and solar energy sector. This initiative could push the widespread adoption of sustainable energy sources, leading to an attractive way for investors to invest in a carbon-free economy.

Strain on the Oil and Gas Market

Russia’s invasion of Ukraine is pressuring the global oil and gas markets in a way that hasn’t been seen in years. Futures contracts of Brent Crude Oil and West Texas Intermediate Crude Oil are reaching levels not seen since 2014.

Russia supplies about 11% of the world’s oil and 18% of the world’s supply of natural gas. If these exports continue to slow or stop altogether, which is a worry as the conflict continues, it may put further pressure on the world as it tries to make up for the loss of supply.

The sanctions that the United States and Europe put on Russia in response to its invasion of Ukraine were made to squeeze Russia’s financial sector, while still allowing for the export of oil and natural gas. The Western powers largely carved out exceptions for their oil and gas exports, because Russia is such a big player in the market and they are wary of the potential of that source of oil’s being cut off. But this has not alleviated concerns by investors that as the conflict goes on, supply issues will be felt throughout the market.

Several large oil companies from the United States and Europe have announced plans to exit or curtail their investments in Russia, another indication of the widespread fallout of this European conflict and subsequent sanctions. On Monday, BP plc (BP) and Shell plc (SHEL) announced plans to divest from their respective investments in Rosneft, a state-owned oil producer in Russia, and the Sakhalin-2 liquefied natural gas (LNG) project. Following this news, ExxonMobil (XOM) announced plans to exit Russia. At the same time, France’s TotalEnergies (TTE) stated that it is staying put in Russia but will not put new capital into investments.

These moves may cause additional pain in the oil and gas market in the short- and medium-term, as there are fewer global ties to Russia’s oil market. But the situation does present an opportunity for sustainable energy investments to boom in an environment where countries and businesses look to limit their exposure to fossil fuels.

A Potential Opportunity for Renewable Energy

With a strain on the oil and gas markets, some analysts have wondered if this is a good time for governments and businesses to make a concerted effort to push for a wide expansion of renewable energy sources. It would not be the first time an oil crisis led to an adaptation of this sort.

In the 1970’s OPEC placed an embargo on oil to the United States and other countries that sided with Israel during the Yom Kippur War. As a result, oil prices surged and gasoline shortages became a common part of life for consumers. During this economic hardship, companies had to adapt to thrive in a world with high oil prices and gasoline shortages. One of the most notable effects was the rise of fuel-efficient, compact cars in the United States, a shift from the large gas-guzzling vehicles of the 1950s and 1960s.

There could be a similar transition to take place now. After Russia started to invade Ukraine, several renewable energy-focused exchange-traded funds rose in price, giving some indication that investors expect an acceleration of clean energy activity in a new geopolitical environment.

Even if there is potential growth in clean energy stocks, this transition away from fossil fuels will not be quick. Investors need to remember that we still rely on oil, gas, and other fossil fuels to heat and power the world.

Europe, in particular, relies heavily on Russian oil and gas. Russia supplies nearly 40 percent of the continent’s natural gas and more than 25 percent of its crude oil. If the European Union were to lose access to this supply, it would need to find an immediate alternative for power, whether that is from the United States or Saudi Arabia remains to be seen.

The news coming out of Eastern Europe can be alarming and confusing. On an economic level, the rise in oil and gas prices and other essential staples in the commodities market like wheat can distress investors trying to make sound financial decisions.

However, these uncertain times present opportunities for investors. If you’re looking to invest in energy stocks as oil prices rise or build a portfolio of clean energy investments to take advantage of a carbon-free future, the SoFi Invest® stock trading app is a great place to start.

SoFi Invest®
The information provided is not meant to provide investment or financial advice. Investment decisions should be based on an individual’s specific financial needs, goals and risk profile. SoFi can’t guarantee future financial performance. Advisory services offered through SoFi Wealth, LLC. SoFi Securities, LLC, member FINRA / SIPC . SoFi Invest refers to the three investment and trading platforms operated by Social Finance, Inc. and its affiliates (described below). Individual customer accounts may be subject to the terms applicable to one or more of the platforms below.
1) Automated Investing—The Automated Investing platform is owned by SoFi Wealth LLC, an SEC Registered Investment Advisor (“Sofi Wealth“). Brokerage services are provided to SoFi Wealth LLC by SoFi Securities LLC, an affiliated SEC registered broker dealer and member FINRA/SIPC, (“Sofi Securities).
2) Active Investing—The Active Investing platform is owned by SoFi Securities LLC. Clearing and custody of all securities are provided by APEX Clearing Corporation.
3) Cryptocurrency is offered by SoFi Digital Assets, LLC, a FinCEN registered Money Service Business.
For additional disclosures related to the SoFi Invest platforms described above, including state licensure of Sofi Digital Assets, LLC, please visit www.sofi.com/legal.Neither the Investment Advisor Representatives of SoFi Wealth, nor the Registered Representatives of SoFi Securities are compensated for the sale of any product or service sold through any SoFi Invest platform. Information related to lending products contained herein should not be construed as an offer or pre-qualification for any loan product offered by SoFi Bank, N.A., or SoFi Lending Corp.
SOIN0221065

ABOUT Michael Flannelly Michael Flannelly is a writer who specializes in markets, economics, and public policy. He previously researched infrastructure and real estate as an economist with IHS Markit and the U.S. Department of Housing and Urban Development. Michael started his career as a financial writer with Mitre Media and Dividend.com. He holds a Master’s degree in Economics from American University and a Bachelor’s degree from Stockton University.