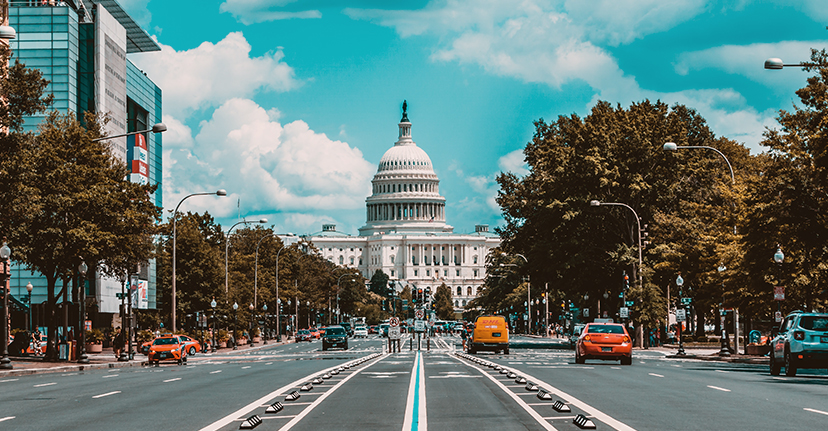 In our efforts to bring you the latest updates on things that might impact your financial life, we may occasionally enter the political fray, covering candidates, bills, laws and more.
Please note: SoFi does not endorse or take official positions on any candidates and the bills they may be sponsoring or proposing. We may occasionally support legislation that we believe would be beneficial to our members, and will make sure to call it out when we do. Our reporting otherwise is for informational purposes only, and shouldn’t be construed as an endorsement.

As the election cycle heats up in anticipation of the 2020 presidential election, national student loan debt relief is becoming a red-hot topic. Mark Huelsman , associate director of policy and research at Demos, shares that Americans can likely expect dramatic student-debt relief proposals, in contrast to previous election debates, saying that, “There is more consensus about the need to go big on college affordability than there has been in previous election cycles.”

Media outlets are reporting on how borrowers might react if student debt was effectively addressed, with interviewed students sharing how their lives would be different. Concepts expressed include the ability to:

•  not need to move back in with parents

As one student expressed it, with manageable student loan debt, “I could actually plan my life.”

She believes her plan would:

•  reduce outstanding student loan debt for 95%-plus of nearly 45 million Americans, with forgiveness up to $50,000 per student

•  through the proposal described in bullet point one, wipe out student loan debt entirely for 75%-plus of affected people

If household income is between $100,000 and $250,000, forgiveness would be granted on a tiered system, with one dollar less in forgiveness for every three dollars earned above $100,000. Borrowers in households with income of more than $250,000 (5% of outstanding student debt holders) would not receive debt cancellation.

Cancelled debt dollars would not be considered taxable income. This is intended to be an automatic process for federal student loans, with extra steps required for loans taken out with a private lender.

Warren believes her plan would increase wealth for minority families, and “stimulate the middle class, boost the economy, and increase the number of homes purchased and the number of small businesses formed.”

Under her platform, the federal government would invest an additional $100 billion into Pell Grants over ten years to help students cover non-tuition expenses, while also expanding Pell Grant eligibility to benefit more students in low-income to middle-class households. Warren believes graduation rates would improve as funding for non-tuition costs increases.

It is estimated that the plan to cancel outstanding student loan debts would have a one-time cost of $640 billion, with the free college program costing $1.25 over ten years. This plan would be funded, according to Senator Warren’s campaign site , by an Ultra-Millionaire Tax, a 2% tax on 75,000 families with at least $50 million in wealth.

There is no way to say with certainty what impact Warren’s plan—or any other proposal being made—would have on the United States economy, in general, and in the lives of impacted people.

Predictions are all over the spectrum. Some critics of the proposal, for example, have questioned whether tuition and loan cancellation should take up nearly half of the proposed Ultra-Millionaire Tax tax, while others feel that one-time debt clearance is not forward-thinking enough. Still others believe it will be a hard sell, while some people who have paid their student loan debts down or off may resent how other borrowers would benefit from this plan.

The research director of Economic Policy Institute sees how this plan could boost household spending, but cautions that the real impact would depend upon employment figures and how the Federal Reserve responded to increase spending.

The Levy Economics Institute of Bard College believes this type of widespread student debt forgiveness could have significant positive effects on the economy, spurring job creation.

The PSLF was created in connection with the College Cost Reduction and Access Act of 2007 to help professionals working in public service who have federal student loans. The goal was to help ensure that quality professionals don’t leave public sector jobs to join corporate America, simply to pay down their student loan debt.

There are strict requirements, but borrowers may qualify for PSLF if they have federal loans, work in an eligible public service job, and make 120 qualifying consecutive on-time payments.

This proposed overhaul would expand access to PSLF, including:

•  increasing the types of eligible plans

•  dramatically reducing the time to forgiveness

Under this revised plan, borrowers could have part of their balance forgiven after five years, instead of waiting for ten years to qualify for a full discharge. Plus, you currently need to be on an income-driven repayment plan to qualify. This reform would, however, make it available to borrowers on extended and graduated repayment plans.

What Are Options Today?

If you’ve got outstanding student loan debt, you’re likely interested in seeing where this movement for national student debt reform goes, and how it may benefit you. And, you may want to know what you can do now to ease your student loan debt. Some borrowers have even considered filing bankruptcy for this purpose.

However, the vast majority of borrowers can’t discharge student loans through bankruptcy anymore. In 1976, the government passed legislation to create a five- to seven-year waiting period before you could declare bankruptcy and no longer need to pay back your student loans.

That lasted until 1998—when the laws became even stricter. In 2005, legislation was passed that made discharging private student loans through bankruptcy virtually impossible, except in very specific situations.

Another option to consider, one that’s available to a broader spectrum of borrowers, is to refinance student loan debt.

At SoFi, you can consolidate federal and private student loans, refinancing them into one (hopefully) lower interest loan with absolutely no fees.

Refinancing your student loans with a private lender would make you ineligible for federal programs such as PSLF and forbearance, however, so it’s important to weigh the pros and cons for your unique situation before making this decision for yourself.

If you’re interested in exploring this option, you can find your rate in just a few minutes.
Find My Rate

External Websites: The information and analysis provided through hyperlinks to third-party websites, while believed to be accurate, cannot be guaranteed by SoFi. Links are provided for informational purposes and should not be viewed as an endorsement.


SoFi Student Loan Refinance
If you are looking to refinance federal student loans, please be aware that the White House has announced up to $20,000 of student loan forgiveness for Pell Grant recipients and $10,000 for qualifying borrowers whose student loans are federally held. Additionally, the federal student loan payment pause and interest holiday has been extended beyond December 31, 2022. Please carefully consider these changes before refinancing federally held loans with SoFi, since the amount or portion of your federal student debt that you refinance will no longer qualify for the federal loan payment suspension, interest waiver, or any other current or future benefits applicable to federal loans. If you qualify for federal student loan forgiveness and still wish to refinance, leave unrefinanced the amount you expect to be forgiven to receive your federal benefit.

Tax Information: This article provides general background information only and is not intended to serve as legal or tax advice or as a substitute for legal counsel. You should consult your own attorney and/or tax advisor if you have a question requiring legal or tax advice.
Third-Party Brand Mentions: No brands or products mentioned are affiliated with SoFi, nor do they endorse or sponsor this article. Third-party trademarks referenced herein are property of their respective owners.
SOSL19081