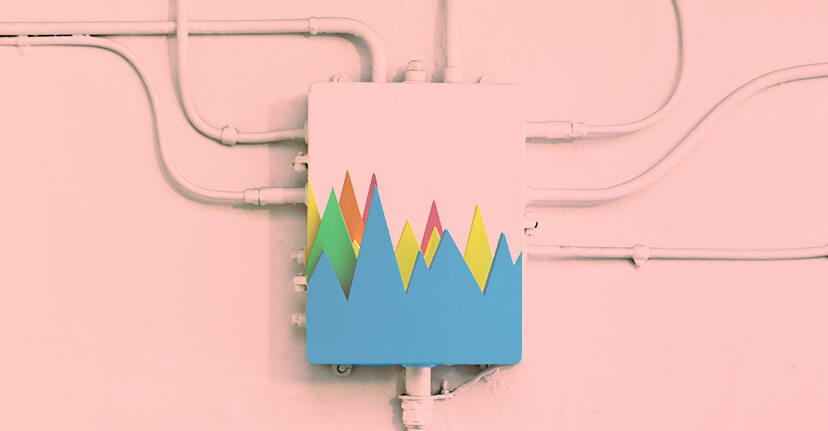 Why Did The Stock Market Implement a Circuit Breaker?

It hasn’t been an easy few weeks on Wall Street, and the decision to halt trading on Monday only added to the market frenzy. Between the increasing threat of the coronavirus and a major drop in crude oil prices, the market is certainly responding… drastically.

Before making assumptions on what the stock market halt means for the economy, let’s break down what a stock market circuit breaker is and its history in the New York Stock Exchange.

What is a Circuit Breaker?

If you’re familiar with the circuit breakers you find in your home, you may already be knowledgeable of the concept. These devices protect your electrical circuits from the damage caused by too much electrical current—often due to an overload of devices (i.e. hairdryer, high-powered fan, etc.)

An electrical circuit breaker stops the flow of electricity to the device plugged into your circuit. Sometimes this can be an inconvenience, but it happens for good reason.

A circuit breaker in regards to the markets (also known as a “trading curb”) acts just the same. It’s essentially an emergency pause button when things get particularly volatile and everyone needs some time to stop and assess the activity in the market.

After a period of panic-selling results in a drastic market plunge, a circuit breaker temporarily halts trading in order to keep the market from free falling.

The New York Stock Exchange has a set of rules put in place in the event a circuit breaker needs to be implemented. The rules are broken down into three thresholds:

Level 3: Occurs when the S&P 500 drops 20% from the closing price of the previous day. This event forces trading to be suspended for the entire day.

Why Was a Circuit Breaker Necessary Now?

On Monday morning, the New York Stock Exchange was halted only six minutes after the opening bell due to the S&P 500’s 7% fall.

The drastic dip was a result of two main factors—the first being the ongoing effects of the coronavirus. The other came from an oil price cut by Saudi Arabia after an unproductive meeting with OPEC last week.

Saudi Arabia and OPEC did not come to an agreement with Russia regarding production cuts, and in turn, Saudi Arabia cut prices and ramped up production. Crude oil saw its steepest drop since 1991 as the benchmark Brent crude oil lowered their prices to just $34 per barrel.

The Saudi oil stock Aramco fell below its IPO price for the first time on Sunday at 30.90 riyals (~$8.24). The oil giant was reported back in December to have a valuation of $1.88 trillion—making it the most valuable traded company in the world.

The upside of the price drop is lower gas prices—this will be welcomed by Americans who are still fueling their vehicles to get to work. Airlines will also benefit from a fuel price cut, and they need help perhaps the most these days.

The industry has been feeling the blow from decreased travel due to coronavirus, resulting in major profit losses.
According to the International Air Transport Association (IATA), the global airline industry could face a drop of up to $113 billion due to disruptions caused by COVID-19.

However, the price decline is bad for US producers of oil (and the fracking industry in general). And on a larger scale, it’s harmful to the overall economy. Since oil contributes so greatly to the GDP, a weakness can reverberate through the rest of the market.

Companies that are particularly sensitive to an economic slowdown tend to react negatively, so the effects will be clear over the coming days.

According to Paul Ashworth, Chief North American Economist for Capital Economics, “the damage to the economy from failing prices will probably be felt much more quickly, and severely, than the lift that lower gas prices could give to consumer spending.”

The History of Circuit Breakers in the Market

Circuit breakers have been used during market downturns in the past, but it’s a very rare occurrence. The plan was put in place after the crash on October 19, 1987 (aka Black Monday) when the Dow Jones dropped 22.6%. Since then, the rules have been altered to make the S&P 500 the new benchmark, but the only other time a full trading curb has been initiated was in 1997.

During the “Asian Financial Crisis,” the Dow Jones dropped 550 points, triggering a level three circuit breaker and a full closure of the market.

Stock market circuit breaker rules not only apply to the market as a whole but also to individual stocks. In 2011, the SEC created single-stock rules that require trades to take a pause if a single stock moves up or down by 10% within a period of five minutes.

This was a result of the “Flash Crash” of 2010 when the Dow Jones Industrial Average fell over 1,000 points in just 10 minutes.

Circuit breakers not only protect investors from global economic crises, but also from erroneous trades or traders trying to game the system through “market spoofing.”

Spoofing is an illegal market activity that occurs when a trader makes a large order without the intention of seeing it through. It essentially causes fake demand for an asset and misleads investors to the trader’s advantage.

What’s Next for the Markets

The volatility of the market right now can seem frightening, but the rules put in place are designed to help investors get through it. Taking a pause from investing gives everyone a chance to take a breath and evaluate their next steps rather than panic.

According to NYSE President Stacey Cunningham in an interview with Yahoo Finance, the circuit breaker rules are tested each quarter to ensure they are doing what they are intended to do, and that the market is reacting as planned.

She claims that investors on Monday at the NYSE were focused on the long term, and not making rash decisions based on “moments of market activity that trigger uncertainty.”

The NYSE has also been putting together contingency plans in the event that the coronavirus keeps investors off the stock exchange floor. The plans include a variety of options ranging from “business as usual” to “trading remotely.”

The New York Stock Exchange has already begun to limit guest interaction on the trading floor, but going forward they claim they will assess the situation as needed.

Interested in following the highs and lows of your favorite stocks? Download the SoFi app to keep an eye on the markets or try online stock trading with as little as $1.
Learn More

SoFi Invest®
The information provided is not meant to provide investment or financial advice. Investment decisions should be based on an individual’s specific financial needs, goals and risk profile. SoFi can’t guarantee future financial performance. Advisory services offered through SoFi Wealth, LLC. SoFi Securities, LLC, member FINRA / SIPC .
External Websites: The information and analysis provided through hyperlinks to third-party websites, while believed to be accurate, cannot be guaranteed by SoFi. Links are provided for informational purposes and should not be viewed as an endorsement.
SOIN20063