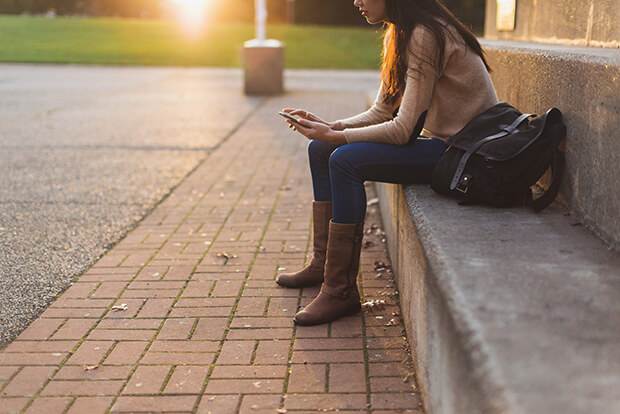 How the Senate Tax Bill Could Impact College Graduates

It seems like everyone’s talking about the Tax Cuts and Jobs Act these days. Whether you’re refilling your glass at the water cooler or going out with friends for craft beer after work, you’re likely worriedly discussing its impacts—especially if you’re currently a student or recent grad with student loans. That’s because the bill might have a significant effect on the bottom line of those with student debt.

No one likes to pay more in taxes, but if you have vivid memories of how the refund you received because of the student loan interest tax deduction helped you fix your car when it broke down last May, you likely feel passionate about the potential elimination of this deduction.

But are the issues you’re worrying about guaranteed if the bill is passed? Not necessarily. Confused? Here’s some things to know about the Tax Cuts and Jobs Act.

The Current Status of the Tax Cuts and Jobs Act

On November 16th, the House of Representatives approved the Tax Cuts and Jobs Act, a $1.5 trillion tax overhaul. Their version of the Act included some of the provisions that have caused students and recent graduates to get worried, including eliminating the student loan tax deduction. That’s bad news for education borrowers.

But when the bill landed in the Senate, senators made many amendments to it and passed their version of the bill on December 5th, with those concerning provisions removed from the bill. Of course, that’s good news for education borrowers.

Now, the next step is for the House and the Senate to come to an agreement on the amended provisions in the bill, which is something that they do through committee meetings. In these meetings, they iron out what should and shouldn’t be included in the bill.

How do elected officials resolve differences between two versions of the bill? In order to secure votes of as many members as possible in the House and the Senate, there can be comprising of various issues relevant to each elected official and their constituency.

Those who depend on the loan tax relief given to students and education borrowers are right to be worried that their finances could be affected. The tax changes that the House of Representatives want to put into place are still on the table And as the bill is still being ironed out in committee, elected officials could be still looking on eliminating some forms of student loan tax credits.

When will you know whether your student loan interest deduction is a casualty of the recent tax reform bill? Pretty soon. Many believe that the House and Senate will work on a final bill to send to the President to sign before the end of the year.

What Does the Tax Bill Mean for Students and Graduates?

In past years, you’ve probably enjoyed getting money back from Uncle Sam just for paying your student loans. Those days might be numbered. If you’re a student loan borrower who makes less than $80,000, you can currently deduct up to $2,500 in interest you pay on your student loans each year. But that might not be the case under the new tax bill..

The bill could impact a large number of recent graduates who could take advantage of this tax credit. Just how many? In 2015, the IRS reported that over 12 million taxpayers took advantage of the deduction.

Currently employers may max out their tuition assistance to you at the currently tax-free amount of $5,250 annually. Also, many colleges give graduate students free tuition, and that amounts to tens of thousands of tax-free dollars per year. Changes to that tuition assistance could make graduate school out of reach for many students
Did you deduct your educational expenses on your taxes using the Lifetime Learning Credit? The House bill consolidates the Lifetime Learning Credit, which provides up to $2,000 in tax relief for as many years as eligible students were in school, with the American Opportunity Tax Credit, which provides up to $2,500 back for 4 years and a smaller $1,250 tax credit during an eligible student’s fifth year. That could mean that those spending more than 5 years at school will no longer qualify, or have a decrease, in their tax credit, which includes graduate students and part-time students.

As if that weren’t concerning enough, the House tax bill also goes after a lot of other things that could make going to college more expensive by making it more difficult for schools to make money. Aside from those, there are some additional regulations that may be part of the final negotiations. For example, schools could be taxed on income they get from renting out labs to outside companies. The bill may also look to eliminate charitable deduction incentives for people to buy tickets to special college events. If a school has a large endowment, the House and Senate have both considered proposing a new 1.4% tax on school endowment income.

Those changes could make it more difficult for schools to cover their costs—and it could lead them to increase tuition, which could increase student loan debt and possibly make college less accessible to those not willing to take on the additional debt.

What Are the Next Steps for the Tax Bill?

While the recent iteration of the tax bill has removed some of the tax changes dealing with education borrowers, colleges, and students, only time will tell whether they’ll be in the final version of the bill that goes to the President. As Senate and House members continue to negotiate on the final bill language, a lot could change between now and when the bill ends up on the President’s desk.

SoFi does not render tax or legal advice. Individual circumstances are unique and we recommend that you consult with a qualified tax advisor for your specific needs.

SoFi Lending Corp. or an affiliate is Licensed by the Department of Financial Protection and Innovation under the California Financing Law, license number 6054612.