How Elien Blue Becque Made Co-Living a Lot Less Awkward

Alma mater: Graduated in 2008 with a degree in International Relations with a minor in English from Tufts

Elien Blue Becque is the founder of RoomZoom, a platform that does for co-living what OkCupid and Tinder do for dating. RoomZoom asks members questions about their lifestyle, personal habits, and general conduct, and grinds those answers through an algorithmic scoring system. The scores are then used to pair up compatible people who will make awesome roommates.

Becque isn’t afraid to be honest about herself. “I have never been one to settle for less than what I want,” she says.

That’s why the Maine native went down the Atlantic coastline to selective (and pricey) Tufts University, instead of the state school her parents favored. It’s also why in 2008, with $85,000 in student loan debt and one degree in International Relations, she had just one destination in mind: New York City. Becque realized that a full-fledged global financial meltdown was raging, but “there was simply nothing else I was going to do,” she says.

Her first job in the city was as a paralegal at a corporate law firm. It did not end well. “The fact is, I got canned for being insubordinate and having a bad attitude,” she says with her usual candor. “It was pretty clear that I hated it there, but the fact that it coincided nicely with the financial crisis meant it didn’t look too weird on my résumé.”

Things started to turn around when Elien met a managing editor of New York Magazine, while volunteering at a Bellevue Hospital clinic for victims of torture and war trauma. That connection led to a job at the magazine. She was poorly paid but fell in love with publishing. A gig at Rolling Stone came next, followed by her first real payday as a junior editor at Vanity Fair in 2012.

The Vanity Fair job created some much-needed headspace, because Elien was finally earning enough salary to have more free time to think. “It was the first time I didn’t have to work as a waitress nights and on weekends just to make rent and pay my student loans,” she says.

Like many great inventions, RoomZoom was the product of equal parts desperation and necessity. New York City is one of the world’s toughest and most complex real estate markets. Elien was fortunate to have found a four-bedroom apartment in Brooklyn’s Williamsburg neighborhood, which she shared with roommates. But over her six-year tenure there, a lot of roommates came and went. Elien says that so many people would respond to their Craigslist roommate ads, that she and fellow roommates needed a way to better organize all these people, and to sort and rank them according to compatibility.

As she saw the success apps and platforms like OkCupid and Tinder were having in helping people make romantic connections, she reasoned that she could do the same for roommate pairing. Just ask people about their habits, preferences, tendencies, and irritations, run some math magic, and she’d have a winner! The only problem was that while Elien has many talents, coding isn’t one of them. First, she had to overcome the tiny problem of getting someone to build the app.

The early days of RoomZoom

The normally gourmet-minded Elien decided to economize on the first apps for RoomZoom, which she initially considered a side hustle. In 2013, she hired a team of app developers in Estonia, rather than spending top dollar on New York talent. Fighting through the time zone differences and language barrier was worth the trade-offs and helped her refine the concept for RoomZoom’s design and algorithm. “I had no idea what I was doing when I built the beta version, but I’m incredibly detail-oriented and I know how to communicate the vision for what I want,” Elien says. “So thankfully, we were able to build something that proved there was a need in the market.”

She took the early versions of RoomZoom to her co-workers at Vanity Fair publisher Condé Nast. They loved it. “Condé Nast was the perfect place to test the RoomZoom betas. It’s a petri dish of underpaid twenty-somethings,” she says. “Word of mouth spread quickly.”

Sensing success in the making, she left Vanity Fair in 2014 to commit to RoomZoom full-time, backed by a seed investor she met while working as a waitress. That might sound like sheer coincidence, but it’s actually the payoff of both hard work, and being at the right place at the right time.

Although Elien arrived in New York without many connections, she was able to meet many people though the various jobs she held to help pay her rent. Those people ended up helping her a lot.

“I’ve been a vegetarian from birth, but I spent years in upscale restaurants selling people $100 steaks. I learned to carve a suckling pig from nose to tail and did it four times a week,” she says. “I ended up meeting people who I never would have met otherwise.”

Elien believes in solving problems she understands on a deep, fundamental, and personal level, and that’s why RoomZoom is targeted squarely at people just like her. Ninety-five percent of RoomZoom members are between 18 and 35 years old, and 97% are either college students or graduates.

The question-and-answer and essay portions of the app are familiar to everybody who’s ever come near a dating app—which, for RoomZoom’s demographic, is practically everyone. Plus, RoomZoom is truly a product of the non-binary gender era, offering 12 gender identifications to help people find roommates they’ll be most comfortable living with.

In addition to the automated scoring and matching system, RoomZoom lets members talk about themselves and communicate directly with potential roommates. The average RoomZoom profile, which describes a member’s current and hoped-for living situation, is 103 words, and so far a typical member sends five messages to others.

You might expect RoomZoom would also pay attention to sexual orientation as a matching characteristic, and at first members were asked for that detail. “We actually noticed that the people who we thought might have a preference, those who identify as Gay, Lesbian, Bi, or Queer, were actually choosing “no preference” the vast majority of the time when it came to their roommate’s sexual orientation.”

It proved to be one of her first major data-driven corrections to the RoomZoom algorithm. As it turned out, after polling members, Elien found people under 30 really don’t care how their roommates identify in terms of sexual orientation. “Many recent college graduates give no more importance to sexual orientation than hair color and I actually think that’s fabulous,” says Elien. “So, we removed the question. What we thought members cared about turned out simply to not apply in 99% of cases.” Being sensitive to the expressed and implied priorities of her members is a crucial part of her strategy to stay ahead of potential copycats in the very competitive real estate app market.

RoomZoom does more than keep disastrous roommate clashes to a minimum. It also suggests properties that have been pre-screened as offering fair value and decent living conditions. “We are helping our members avoid some of the bad actors in New York City real estate by connecting them directly to the good landlords, all without a broker fee,” she says.

After several beta versions, RoomZoom formally launched in May 2016 and is currently exclusive to the New York market. Plans are in the works to expand into as-yet-unnamed urban markets in 2017. 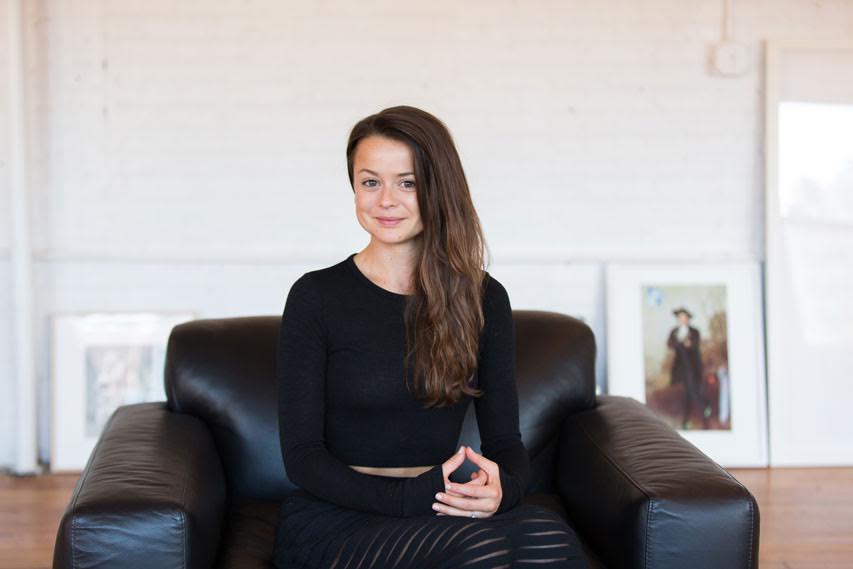 Catching a break through the SoFi Entrepreneur Program

Elien has made payments to her student loans faithfully, every month since her May 2008 graduation from Tufts, even when it wasn’t financially comfortable. Being in debt doesn’t bother her, as long as it supports her goals. “I was able to go to an elite university on borrowed money. So you can make the argument that I am an entrepreneur because I have student loan debt and wanted to find ways to invest in myself, grow and be successful,” she says.

Growing her business opportunities while also getting a bit of breathing room from her student debt was a no-brainer. RoomZoom investor Dan Loeb referred Elien to the SoFi Entrepreneur Program as a way to meet more innovators. As a hedge fund manager with Third Point LLC, Dan is also an investor in SoFi. “Dan’s great at making connections between the right people,” she says. “I’m excited that he connected me with SoFi’s founders and the program, and that SoFi and RoomZoom are both solving problems that millions of millennials have.”

Reducing her interest rates through SoFi has helped Elien chart a quicker and more satisfying path to retiring her student loan debt altogether. “It didn’t always feel great knowing that a fairly large portion of my payments have gone just to interest,” she says. “Paying the lower interest rate through SoFi just makes sense.”

Elien’s using new connections from the SoFi Entrepreneur Program to amplify her own efforts at RoomZoom, which just a few months after launch, is rewarding her vision. “There’s an incredible energy and satisfaction that comes from seeing people come together through something you’ve built,” she says.

If you’re a founder or co-founder working on your own business full-time and you have student loan debt, see how the SoFi Entrepreneur Program can help.