We have seen some of the “Trump Trades” retrace a bit as equities have levelled off, interest rates have eased, and the dollar has weakened against both the yen and euro over the last week. The economic data continues to point to faster growth and accelerating inflation, but questions remain on whether the post-election euphoria will translate into increased spending.

Households and small businesses feel good. The University of Michigan’s Consumer Sentiment Index held on to its post-election jump and remains at its highest level in two years. The National Federation of Independent Business’ Small Business Optimism jumped to its highest level since 2004, beating expectations by over 10 points. Sentiment and optimism, however, do not on their own propel economic growth. 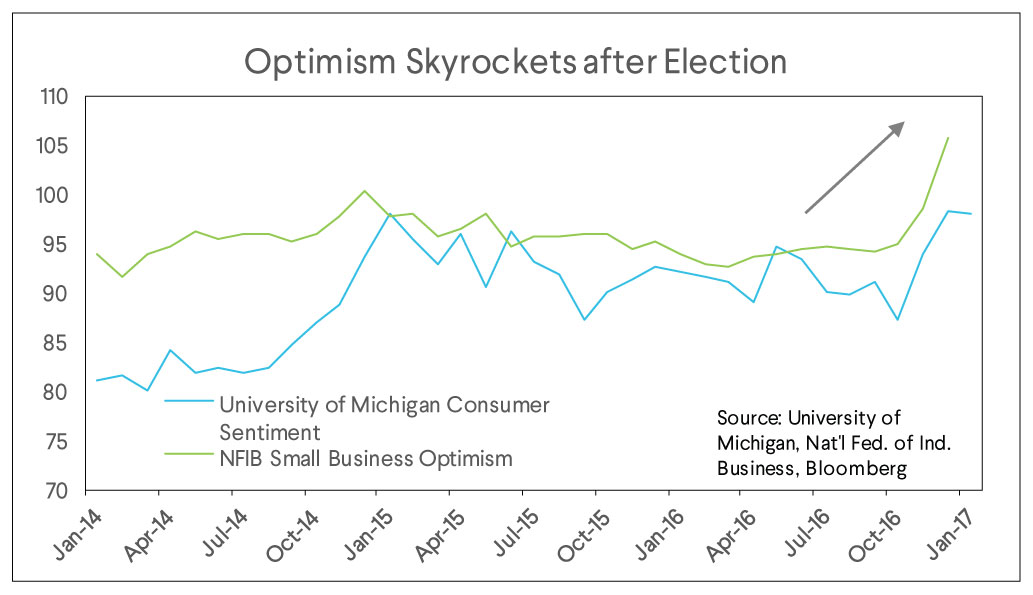 Unfortunately, the first Retail Sales report since the election, which might indicate if this optimism translated into higher consumer spending, was not conclusive. Auto sales had a good month, but retail sales that exclude cars and gasoline was flat versus an expected 0.4 percent increase. While this measure is volatile, notice in the chart below that the three-month moving average is above the pace of growth seen for much of the second half of 2016. 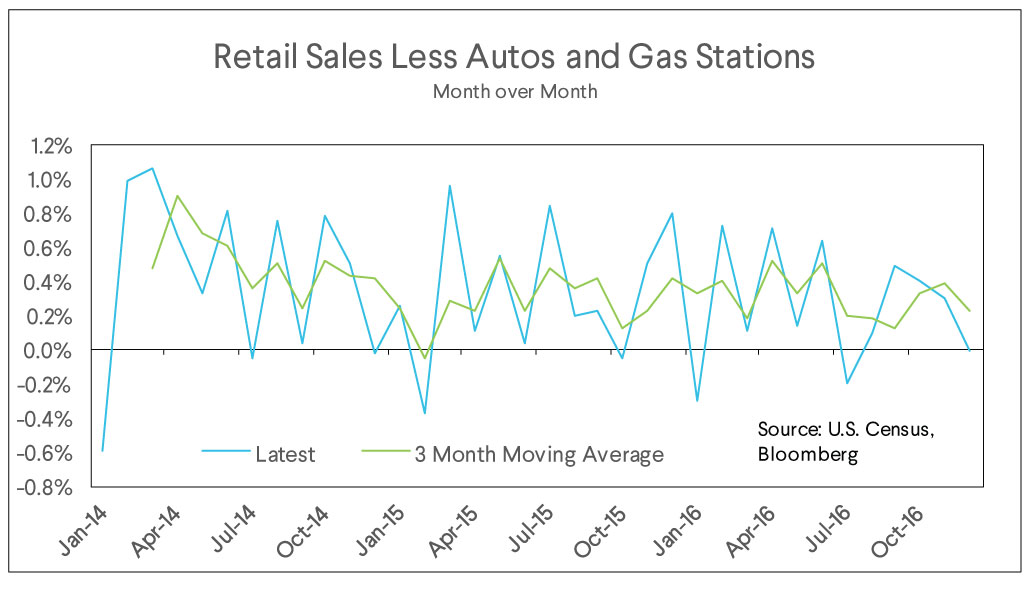 Our view is that the drop in longer-term interest rates since the beginning of the year is unlikely to last. Nearly every measure of inflation continues to accelerate. The final demand component of the Producer Price Index was released on Friday and showed prices rising 1.6% year over year. While it is still short of the Fed’s 2% target, the trend is unmistakable. Should oil prices remain relatively stable we think it is likely that this and other measures of inflation will continue to make progress towards the Fed’s target through 2017 and require multiple rate hikes. As the market comes to grips with the inflation situation facing the Fed, long-term interest rates will rise. 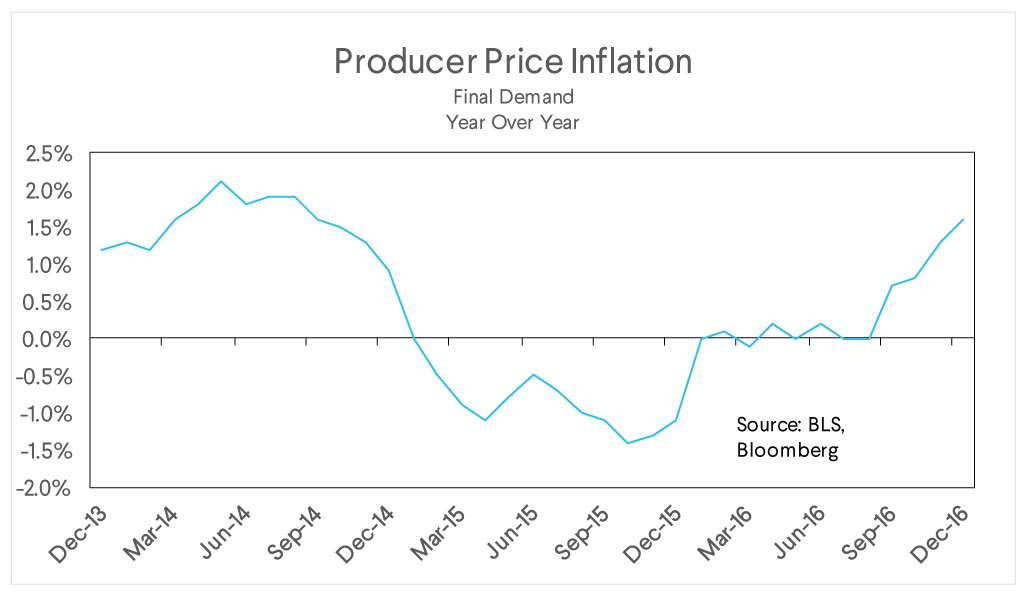 We do not find the modest retail sales number alarming and think spending will pick up through 2017. We continue to like a broad global equity allocation without foreign exchange exposure and we prefer shorter duration fixed income to mitigate the effect of rising interest rates.