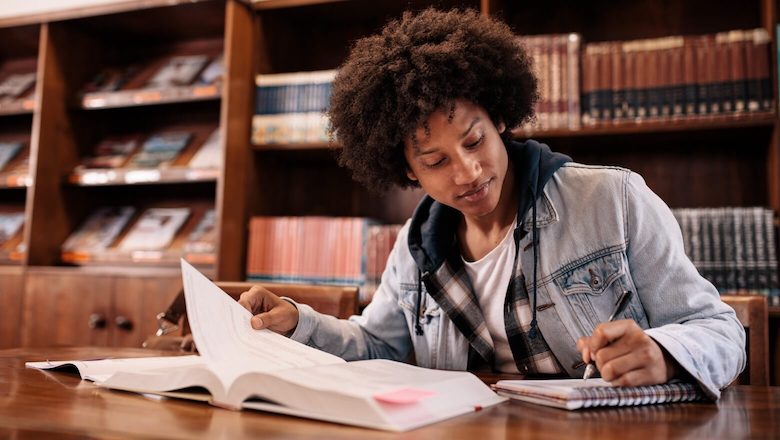 Our Recommendation for President Biden

The Biden Administration continues to waffle on the issue of federal student loan repayment and possible debt forgiveness. This indecision has cost American taxpayers over $150 billion since March 2020, when the broad student loan payment moratorium was put in place (rightfully so) and since being extended three additional times by President Biden. Now, recent comments from White House Chief of Staff Ron Klain on an episode of Pod Save America and whispers online suggest that there could be another extension across the board, which further muddies the water on whether the moratorium will end as planned, or if there will be debt forgiveness as the President promised in his campaign. It’s time to lead from the front based on economic data and social principles – not politics – and end the confusion by giving distressed and defaulted borrowers the permanent relief they need, including $10,000 in student loan forgiveness, tailoring the moratorium for those in severe hardship, and putting the affluent and capable back into repayment on May 2, 2022 as planned.

The student loan repayment freeze served an important purpose when it was first implemented in March 2020. At the start and height of the COVID-19 pandemic, it gave millions of federal borrowers, regardless of income, some breathing room in the midst of a volatile and unprecedented period. But we’re not in 2020 anymore – taxpayer money should go to those most in need, not to the wealthy and affluent. A broad extension of the moratorium beyond May 1 isn’t going to fix the issues in student debt, it’s only going to delay the pain further, while wasting another $60 billion of taxpayers’ money, the majority of which will directly benefit the affluent, funded by those that have lower incomes and do not have student loans.

When the Biden Administration announced a “final” extension from August 2021 through January 2022, it gave the industry and the Department of Education more time to ensure a smooth and orderly transition back into repayment — servicers executed outreach campaigns; the office of Federal Student Aid contacted borrowers to underscore the January 31 moratorium expiration date; and borrowers, behind the backdrop of a growing economy, were finally deciding what affordable options will get them out of debt faster. But this most recent broad extension through May 1, 2022 is simply a short-term solution inflating a longer-term problem, and it drowns borrowers in confusion.

Borrowers today are paralyzed with uncertainty. Should they be socking away their savings in the expectation of having to eventually restart payments? Or can they use that money to make a down payment on a home, or invest in their retirement? Should they refinance their student loans at today’s low interest rates in advance of likely rate hikes this year and next year? Or should they avoid that cost-saving opportunity because then they might not be eligible for debt forgiveness should that ever materialize? For high school seniors, is it even worth worrying about the cost of the university they choose if there might be universal debt forgiveness?

This is the cost of ambiguity — not giving current borrowers and future borrowers the chance to plan their futures. It’s time for Washington to show up for student borrowers by helping those who need the most assistance, preparing those who can go back into repayment, and giving concrete information to those who are looking to join the system for the first time.

As President Biden touted in his State of the Union address, the economy grew at a rate of 5.7% last year; more than 6.6 million jobs were added; unemployment fell at its fastest pace on record; and the number of workers filing for unemployment insurance declined by more than 70 percent. At SoFi, 98.9% of our borrowers are making monthly payments on time versus the 15% that were in forbearance in March 2020.

That is not a survey of statistics, but cold hard data, untethered to political winds. All signs point to strong economic growth. The economy is so strong that inflation is at nearly a 40-year high, and Chairman Powell and the Federal Reserve just announced seven interest rate hikes to come. A strong economy is great news, but inflation from an overheated economy is not, and it underscores the reason why the broad moratorium should end. Further, data indicates that the vast majority of borrowers with income have the ability to begin repaying their loans and the current unemployment rate is 3.8 percent and 2.2 percent among college graduates.

It’s not fair that high-income earners, especially college graduates with high six-figure salaries, get to benefit from an emergency measure that’s meant to help those in financial need, only further widening the wealth gap. It is also unfair to blue-collar workers who did not go to college as well as college graduates who managed to pay off their student loans who are now funding the liabilities of people that have higher incomes and more wealth. Extending the pause again across the board would compound these problems. It would incentivize current students to take out bigger loans and potentially worsen inflation by subsidizing borrowers who would otherwise be paying down their loan balances. Given the facts and data, any broad extension of the moratorium is at best fiscally irresponsible that takes from struggling families and gives to the affluent, and at worst it’s political theater and self-serving heading into the midterms.

We all recognize that many borrowers do need help and that the system is an uneven playing field. Tens of millions of Americans, including those who hold federal student loan debt, are still worse off today than they were at the start of the pandemic. These individuals are still frequently struggling to make ends meet, even without the added need to make repayments on their student loans. While the payment freeze extensions are providing them with temporary relief, it is not a tangible long-term solution — it’s kicking the can down the road for those in hardship, and it only widens the detrimental wealth gap that already exists.

That’s why we feel strongly that the Biden Administration must do more to target its relief to support those in dire need. As we’ve pushed for behind the scenes as hard as we can and to anyone that would listen, the President should target the moratorium for those in hardship and make good his campaign promise to forgive $10,000 in federal student loan debt for those in severe distress. This adds much needed support to existing programs, such as forgiveness through borrower defense to repayment, disability discharges, Public Service Loan Forgiveness, and income-driven repayment (IDR) plans. The President should also initiate a grace period of at least 90 days for missed payments, put in place measures that bring defaulted borrowers back to current, and aggressively campaign these last six weeks to put people into an IDR plan where those in severe financial hardship could pay as little as $0 a month.

Everyone should be aware that at SoFi, we refinance federal student loans to help borrowers with lower interest rates and or at a more conducive pace for their personal financial circumstances. I share that information to make it clear we have great insight into the dynamics at play here and we want to be transparent as a company that we might incur a direct or indirect benefit or cost for what we are advocating. SoFi has achieved record financial results during the federal student loan pause with record revenue in 2021 reaching $1 billion and our first full year of profitability, with our student loan refinance business operating at 50% of pre-COVID-19 levels, so rest assured, SoFi will be fine either way. It’s time to do the harder, right thing instead of the easier path of kicking the can down the road, and wasting taxpayer money.

If the government needlessly extends the broad moratorium for a fourth time, not only will it add to the country’s inflation woes and unnecessarily give to the wealthy who are willing and able to repay their debts, but it will severely disrupt people’s ability to make long-term financial plans. American borrowers and future college students need clarity to make long-term financial decisions, but the burden of uncertainty around the future of their student loan debt is making that impossible.

The issues surrounding student lending needs fixing, and Washington needs to get unstuck and move forward. SoFi, stakeholders, and others across the industry are ready to help the President and Department of Education to address this issue head on. It’s time for the Biden Administration to stop giving breaks to the rich and affluent and focus on providing permanent relief for those in severe hardship. We urge the President to officially end the broad federal student loan moratorium on May 1, 2022, as planned, extend the pause for those in need, and forgive $10,000 for borrowers in default or distress. I was taught to lead, follow, or get out of the way and to never stand in the way. Let’s do the same for student loans borrowers.

ABOUT Anthony Noto Anthony is the CEO of SoFi and serves on its board of directors. Before joining SoFi, he served as chief operating officer of Twitter since November 2016, and as its chief financial officer when joining the company in July 2014. Prior to Twitter, Anthony served for almost four years as co-head of global TMT investment banking at Goldman Sachs. He joined Goldman Sachs in 1999, was named partner in 2004, and served as the head of communications media and Internet equity research. Before returning to Goldman, Anthony spent almost three years as chief financial officer of the National Football League. A graduate of the U.S. Military Academy, Anthony also holds a masters of business administration from the University of Pennsylvania’s Wharton School.