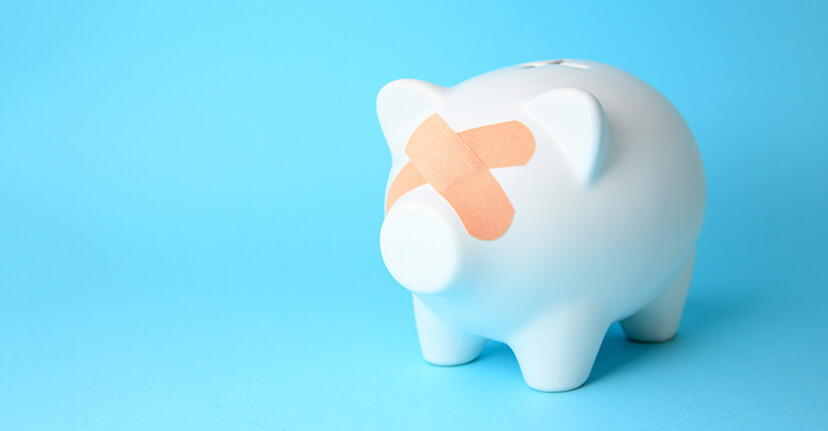 Why Millennials Are So Behind In Investing

There’s a growing consensus these days that millennials are behind their Gen X and Boomer counterparts when it comes to investing trends. But is it true? Depending on which study you read, the answer is yes … and no.

While some millennials appear to be saving early and often, with their eyes on a seven-figure prize, others say they struggle on the daily just to pay the bills. But even for millennials who have money to bank, a hesitation to invest in stocks has left them a little behind the curve.

We can’t really blame them for being wary. The oldest millennials were in their late 20s and just starting their careers when the market crashed and burned in 2008. And if they had invested in the stock market up to that point, watching their portfolios disappear while corporations received billion-dollar government bailouts certainly gave them a reason to distrust Wall Street.

How Do Millennials Invest?

As much as they may not like traditional investing, millennials who have the means love to save. One recent study found that more than 85% use checking and savings accounts, 67% contribute to their company 401(k), and just over half have an IRA.

In fact, many millennials expect these self-funded contributions to be their primary source of income in retirement—eight in ten don’t believe that Social Security will be available when they reach retirement age.

Millennials have lofty goals, too though—nearly ⅔ of them hope to achieve seven-figure wealth by age 45. But therein lies the rub. Their hesitation to invest in stocks has led them to put their money in cash-based investments , such as bonds, money market accounts, or savings accounts. Those are certainly more stable options, but with stability comes less risk and sometimes less return.

Some Aren’t Saving At All

On the flip side, another poll revealed a much harsher reality, in which only 1% of Millennials have more than $100,000 in the bank. Three in ten have less than $1,000 in their personal savings, and 24% have no personal savings. Even more alarmingly, 67% said they would have a hard time paying an unexpected $1,000 bill.

This is not good news for the group that currently makes up most of America’s workforce, especially when one in
five estimate they’ll live to be 100 years old. For the almost half who are living paycheck-to-paycheck or only able to save a bit here and there, it’s likely due to a crushing combination of debt, underemployment, and for some, a now-versus-later mindset

If millennials aren’t saving, it’s likely because they have bills, bills, and more bills. On average, Millennials are $36,000 in debt . The two biggest culprits? Credit cards and student loans.

The national student-loan debt is nearing $1.5 trillion. To put that number into perspective, that money accounts for 45% of the government’s total assets —more than mortgages, more than taxes. And while that debt can be consolidated or refinanced into more manageable payments, it can’t be eliminated—even through bankruptcy.

Right behind that, credit-card bills account for about 20% of debt . And while 0% offers are tempting, many times the debt is still there once the APR jumps to 15% or higher. It’s a slippery slope.

Combine this debt with widespread underemployment and the “live for now” attitude that many Millennials embrace, and you get nearly an entire generation of Americans who say they feel “pulled apart ” by the pressure of finding a good balance between present and future financial responsibilities.

They’ll Fix It Themselves

Because they’re at such different stages of life, and grew up in such different circumstances, investment strategies are quite different by generation. And while the financial picture for

Millennial investing is currently bleak, they have three big things going for them—they’re tech-savvy, they know what they want, and they’re self-aware about their shortcomings.

Seventy-three percent admitted that they don’t know as much as they should about retirement investing, and one in four said they weren’t sure about how their retirement savings are invested.

Around the same number who say they are lacking knowledge about investing are open to hearing it from their employers—but not from financial advisors. In fact, just over half of Millennials have no interest in ever using a financial advisor, no matter how satisfied they are with their savings. Of those who do invest, over three-quarters use self-directed apps, or robo-advisers, to optimize their portfolios.

There’s a growing trend among this generation, too, with not just how they invest, but where. More and more, Millennials are investing with purpose, supporting companies that either value women, practice sustainability, or promote human rights.

And they’re not just the investors in these funds—they’re the creators. Sustainable investing as a category has grown by a third in the past two years, even though over half of those who invest understand that it may not bring the highest return.

For millennials who have the dream but not the means, hearing someone say “Save as much as you can, as often as you can, as early as you can” can trigger eye-rolls at best, and resentment at worst.

But what if “as much as you can” meant $10 a month into a high-yield savings account? Compound interest is a powerful thing, especially when you start early.

If you’re interested in the stock market but scared to take the leap, SoFi’s approach to investing (SoFi Invest) gives you access to a real human who can give you the basics and guide you, then turn you over to an automated advisor to keep your investment account portfolio working hard for you.

You’ll also gain access to an entire community of savers who face the same hurdles, and share the same goals, as you.

The information and analysis provided through hyperlinks to third party websites, while believed to be accurate, cannot be guaranteed by SoFi. Links are provided for informational purposes and should not be viewed as an endorsement.
The information provided is not meant to provide investment or financial advice. Investment decisions should be based on an individual’s specific financial needs, goals and risk profile.
Automated and advisory services offered through SoFi Wealth LLC. Brokerage products and SoFi Checking and Savings offered through SoFi Securities LLC, member FINRA /SIPC . Neither SoFi nor its affiliates are a bank.
SOIN18101