A preponderance of solid economic data has sent equity markets higher as they brush aside the political risk stemming from a chaotic new administration. Focus has shifted back towards the Federal Reserve and the outlook for monetary policy after several weeks in which expectations of tax cuts and infrastructure spending captivated markets. We continue to like a globally diversified equity portfolio and short duration fixed income.

U.S. data continues to show an accelerating economy. The Institute for Supply Management surveys business professionals around the country each month. They convert the responses into multiple macroeconomic indices that give insight into the general strength of the U.S. economy. The chart below shows that the rebound in manufacturing activity which began in October continues to accelerate. The non-manufacturing sector also remains comfortably in expansion territory. (A value greater than 50 indicates expansion.) 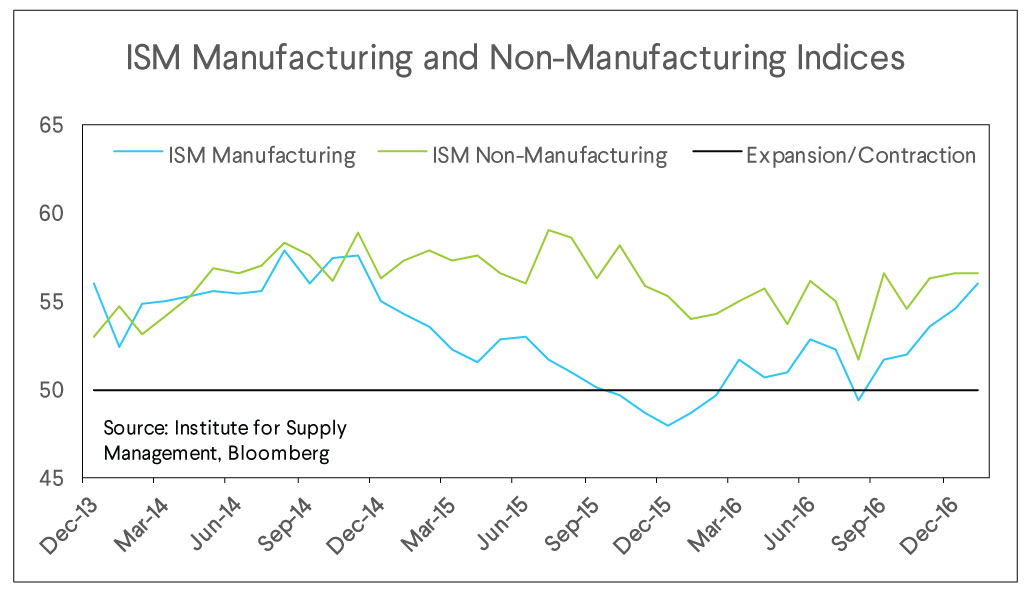 With unemployment so low and activity continuing to accelerate, many economists think wages will have to rise. Their reasoning is that increased demand for goods and services will force companies to offer higher wages in order to acquire the workers they need from an ever-declining pool of potential labor.

However, the January employment data threw a curve ball. Market expectations were for 180 thousand jobs to be added, with monthly average hourly earnings growth of 0.3%. Instead, 227 thousand jobs were added, but monthly wage growth was only 0.1% (2.5% annualized). 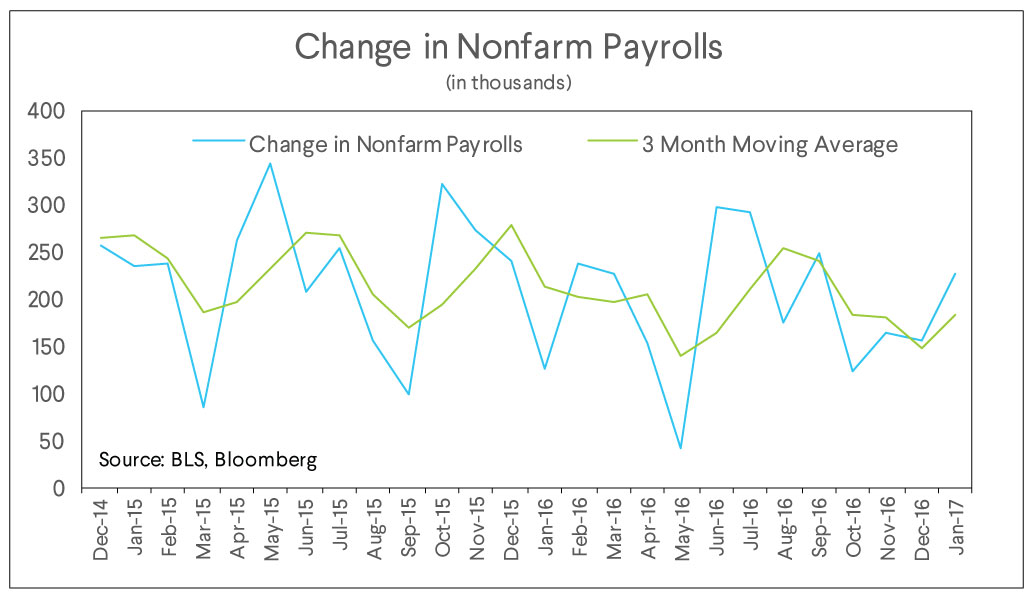 It is certainly good news for the U.S. that the economy continues to add jobs at this pace. January’s number reversed a downward trend that had taken hold after June 2016. However, while job gains are increasing average hourly earnings are growing at their slowest rate since August. The idea that the economy is running out of idle labor is coming under increased scrutiny.

Fed Chair Yellen has spoken of the possibility of letting the economy “run hot” to entice more workers to re-enter the workforce. That is exactly what happened. Even with the large increase in jobs, the unemployment rate actually increased because more people have entered (or re-entered) the workforce and started looking for jobs.

Given the slowdown in wage growth and continued job additions, the market-derived probability of a rate hike in March fell from an already low 32% to under 25% over the next several days. In response, several Fed officials made it clear that a March rate hike is a possibility. In a Senate Banking Committee hearing Chair Yellen said it would be “unwise” to delay hiking rates very long. She also pointed out that the correlation between wage growth and price inflation is, at times, unclear.

We take this to mean that even with the modest deceleration in wage growth, should the economy continue to accelerate and consumer prices continue to rise, the Fed will raise rates. 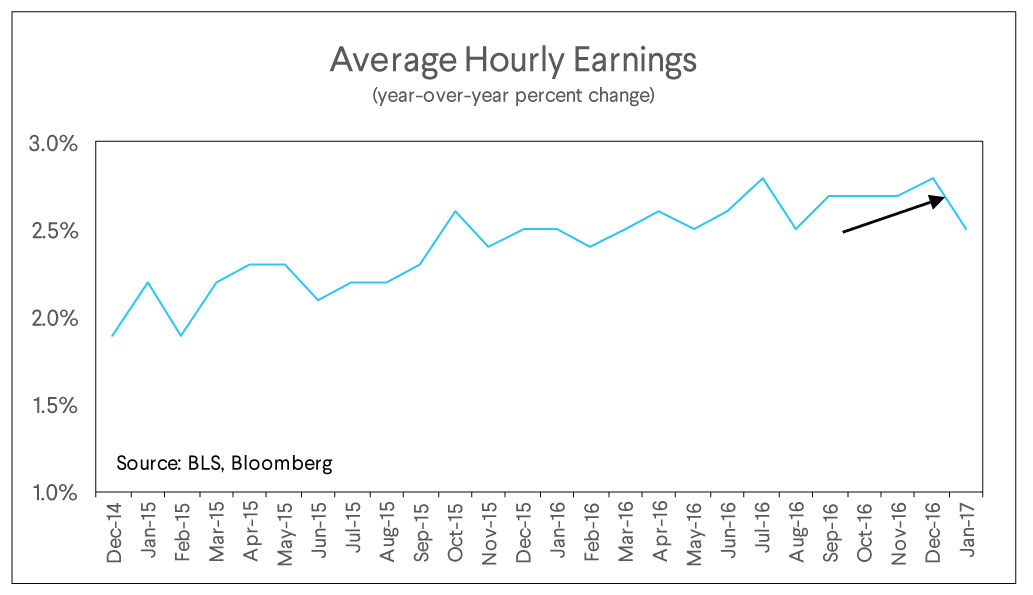 So, the market thinks the Fed will not raise rates and the Fed thinks the Fed will raise rates? Will the market or the Fed change its mind? In this horse race we like the Fed and expect that Interest rates will continue to rise. For that reason, we like fixed income assets with less sensitivity to moves in interest rates. Equities will likely see volatility increase from historically low levels but they remain priced attractively relative to fixed income.