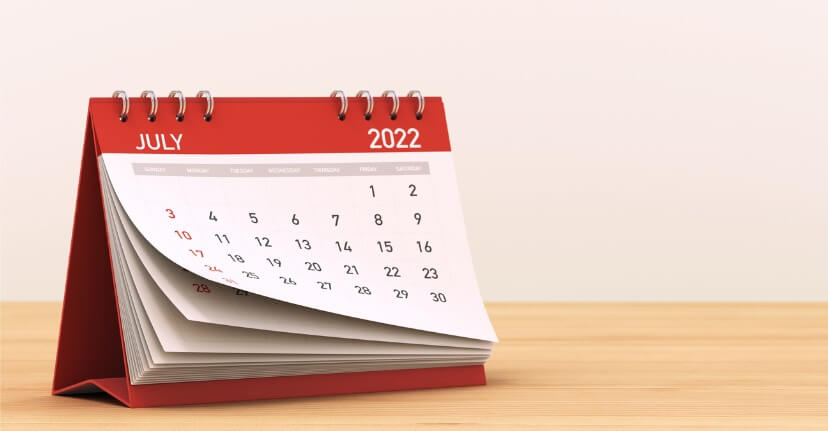 Returns were positive across most asset classes in July, a welcome development after a tough June. Interest rates declined broadly on fears of a downturn, despite job growth remaining strong and an acceleration in some inflation components. Commodity prices have declined significantly since Jun, however, a potential sign that inflation has finally peaked. This likely contributed to the rally in risky assets such as stocks & crypto, with a strong Q2 earnings season pointing to recession fears being thus far overblown.

•  US stocks rebounded strongly in July from their Jun swoon, recording their strongest rally since Nov 2020.

•  Growth stocks significantly outperformed value stocks due a combination of declining interest rates and their perceived resilience in growth slowdowns.

•  The Q2 EPS surprise rate is +5.8% so far, notably higher than the consensus estimated surprise rate coming into earnings season.

•  Treasury yields declined in late July, as recession fears and expectations of earlier rate cuts from the Fed boosted bonds.

•  Significant inversion of the yield curve occurred in July, as 1-Yr and shorter interest rates increased while yields longer than 1-Yr declined significantly.

•  Credit spreads narrowed significantly in July, as lower longer-term interest rates lessened some of the strain on risky borrowers.

•  Fears of further insolvencies eased in July, leading to a broad rebound in crypto prices, though most coins remain significantly in the red on the year.

•  Sept 19 was offered as a tentative date for the Ethereum Merge, boosting ETH and other altcoins built on the network. 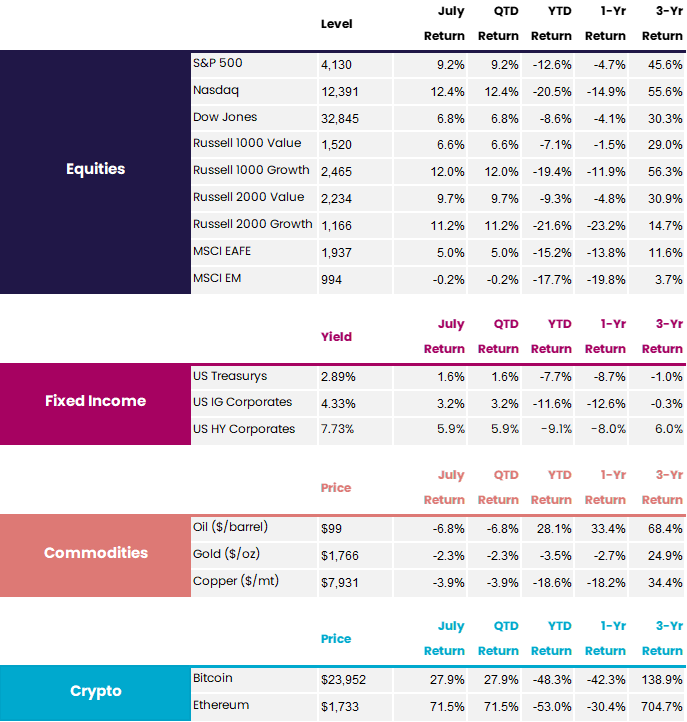 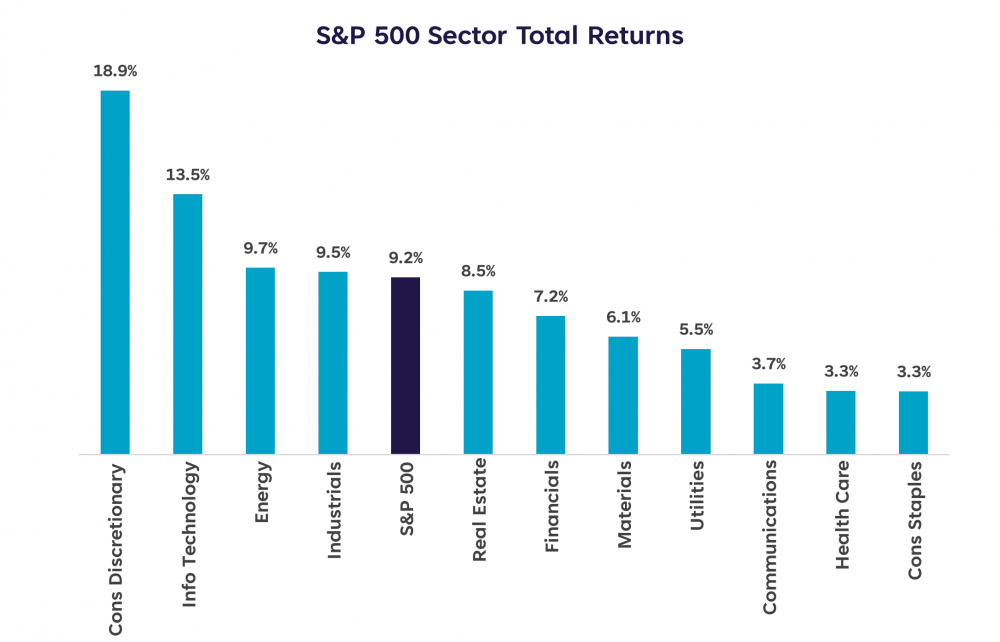 The Fed Says It’s Committed But…

The Fed’s Jul 27 rate hike was its second consecutive 75bps hike and the fastest pace of tightening since the early 1980s. While the decision itself was noteworthy, there were interesting nuggets in what Powell said during the post-FOMC meeting presser as well.

For one, Powell reiterated the Fed’s resolve to get inflation down back to 2% over time, as he has done after prior meetings. He noted that the Fed does not see the dual mandate of maximum sustainable employment & price stability as in conflict in the medium- and long-term. That’s important because it implies that a rise in unemployment (or mild recession) wouldn’t be enough to knock the Fed off its path to hike rates.

Maybe even more importantly, Powell said that the Fed didn’t want a stop-and-go policy of hiking rates and then cutting soon after. He also mentioned that the Jun dot plot—which indicated a 3.4% fed funds rate in Dec 2022 & 3.9% rate in Dec 2023 as being the best guides he could give for the path of rate hikes. Taking all of this into consideration, the message was that ending rate hikes does not necessarily mean starting rate cuts. 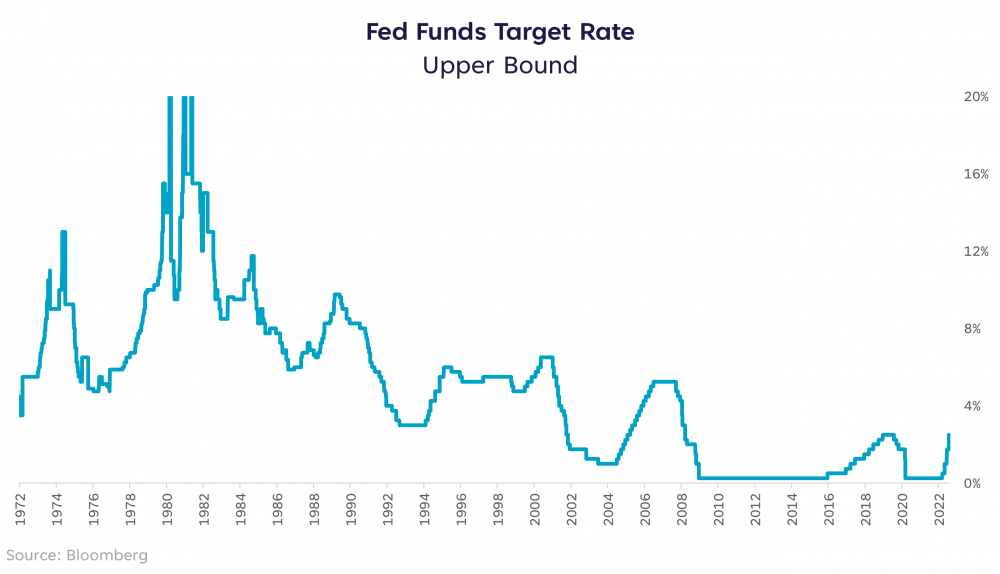 …Is the Economic Glass Half-Full or Half-Empty?

However, the market sent different signals than the Fed in July. Whereas the Fed’s median Dec 2023 dot shows a 3.8% fed funds rate, market pricing has hovered around 2.6-3.1% for the end of 2023. Current expectations are for the fed funds rate to peak in Q1 2023 and then be cut shortly thereafter.

It seems as though investors & the Fed view the state of the economy differently. Jerome Powell stated that the economy as still strong and the labor market as “tight to an unhealthy level”, with much work needed to be done to get inflation down. Market participants see a big decline in commodity prices and weaker growth as a sign that the worst of inflation is now behind us—or that recession risk has risen. 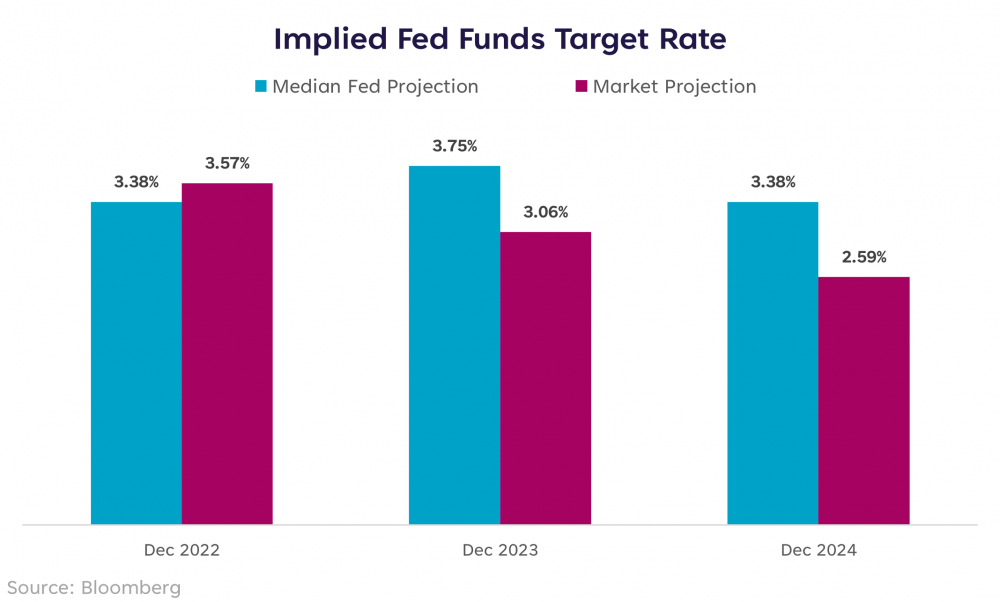 Data over the next few months will show which side is right, but it’s not outside the realm of possibility that the Fed will keep rates high even in the face of an economic slowdown. Inflation is public enemy #1 and the Fed has made it clear that not doing enough to stop inflation now means more pain later.