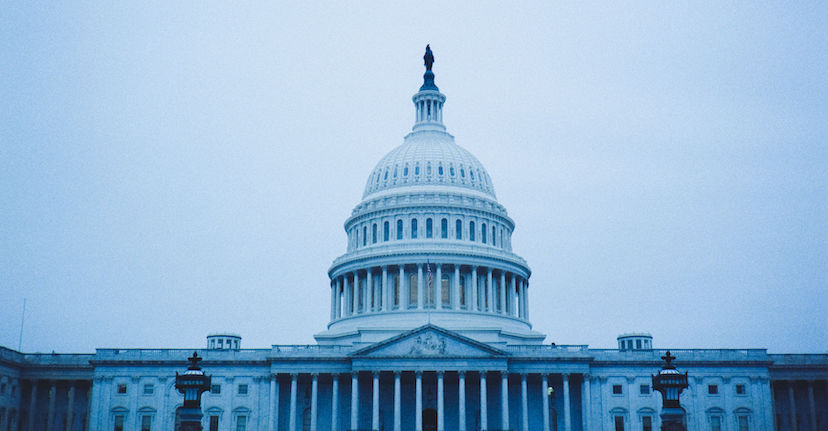 How the Election May Affect the Markets

In our efforts to bring you the latest updates on things that might impact your financial life, we may occasionally enter the political fray, covering candidates, bills, laws and more.

Please note: SoFi does not endorse or take official positions on any candidates and the bills they may be sponsoring or proposing. We may occasionally support legislation that we believe would be beneficial to our members, and will make sure to call it out when we do. Our reporting otherwise is for informational purposes only, and shouldn’t be construed as an endorsement.

In a year when close to nothing has gone according to plan, many Americans can’t help but wonder how the markets may react to the outcome of the presidential election. Yes, we are living in surreal times, but we have decades of data to help us understand the financial future.

That’s where Michael Arone, self-proclaimed “markets junkie” and chief investment strategist at State Street Global Advisors, can shed some light. Arone (digitally) met up with Brian Walsh, SoFi senior manager of financial planning, to talk about how markets have historically reacted to elections and what we might be able to expect based on the outcome Nov. 3.

How Markets Have Reacted Over Time

Believe it or not, while we’re collectively glued to the latest polls, the market doesn’t care much who wins or loses on Nov. 3.

“The election doesn’t have as big an impact on long-term financial planning,” Arone said. “Folks tend to get their emotions going depending on their candidate winning or losing.”

The data is on the side of consistency. Since 1933, S&P 500 returns have averaged 9% year over year, Arone said.
Over those 87 years, here’s how markets have reacted to different parties in power:

These figures just go to show that however the election shakes out, the markets typically average out in the long term.

When investors let their emotions be the primary driver of their investment strategy, they may decide to change tack solely based on how they feel about the president. But investment strategy has a long-term horizon, Arone said, adding that getting carried away financially by whoever is the commander in chief for the next four years is short-term thinking.

Arone made the point that both candidates are rallying behind overhauling infrastructure, albeit in decidedly different ways. President Donald Trump’s focus on infrastructure includes bolstering industries like mining and metal manufacturing. If Trump is reelected, these industries might see a boost in the market. Arone suggested that it would make sense to keep an eye on large industrial companies that might benefit from new infrastructure policy.

Trump has expressed interest in making some of the tax policies from the JOBS Act more permanent. That could lead to stronger performance in consumer spending and retail markets, Arone said.

On the flip side, Trump’s “America first” platform could mean diminished international trading, Arone said. Continued tension between the United States and China could influence markets, as happened when Fastly shares
plummeted 30% based on the uncertainty of TikTok’s future in the country.

Former Vice President Joe Biden’s commitment toward rebuilding U.S. infrastructure lies not in mining and metals but renewable energy . Arone predicted that clean energy companies, such as those dealing in solar, wind, and hydropower, would perform strongly under a Biden administration.

On the tax front, Biden’s plan to raise the federal tax rate of Americans making more than $400,000 a year and the corporate tax rate might have implications for long-term investment changes. In addition, he might roll back some of the tax cuts introduced in the JOBS Act. For these reasons, tax-efficient investments like municipal bonds or REITs might become more important to some investors.

In a reaction to the pandemic, Biden has made a promise to increase testing and health care access. This could lead to strong growth in the health care sector, Arone said, including equipment and biomedicine companies.

While both candidates have decided different policies, they have one major thing in common. “Both candidates are going to spend,” Arone said. “We don’t have a fiscally conservative president in the running.”

Other Factors at Play

While the candidates’ larger-than-life policies and campaigns seem to take up all the space in election news, Arone warned investors to look at other factors influencing the market that coincide with the election.

One element that makes this election cycle stand out is the motivation for voting. Usually voters choose policies based on their finances. “We vote with our wallets,” Arone said.

This time around, though, the election results will likely be a referendum about the handling of the coronavirus crisis more than the economy.

We know that we said not to watch the markets around the election, but if investors do take a peek, they may notice more volatility than in recent memory, Arone said, thanks to, in part, increased vote-by-mail efforts and the hand counting (and possible recounting) of those ballots. The novelty of early voting or mail-in voting for some states might catch them off-guard, resulting in delayed results and uncertainty in the market.

“Don’t let this spook you,” Arone said. “Don’t overreact.” He thinks it won’t be dissimilar to the 2000 Bush-Gore election, when challenged votes delayed the outcome. In fact, when stocks were low at that time, Arone considered it a good point to buy. “It was time to add to investments.”


Another day, another story on whether and when there will be another stimulus bill. The markets have moved up and down based on the stimulus news of the day, Arone noted. Although both sides have made promises to deliver more relief to the country, the questions persist of when a bill might arrive and how much it would cost.

“We’ve recouped about half of the job losses from March and April,” Arone said, but he thinks the other half will take much longer to restore. Add to that the growing tensions around the election, and he’s not sure he sees elected officials on either side of the aisle coming together to pass anything.

“Markets might be overconfident about the size and timing of the package,” Arone said.

Depending on the investor, following the election can be engaging, anxiety provoking, or mystifying. It can be natural to worry about the security of long-term investments amid what might seem a perfect storm of health crisis, civil unrest, and turbulent election—even while feeling bullish about a big stimulus package, a vaccine, and a Federal Reserve pledge to keep monetary policy easy.

As at least one investment strategist advises: “Don’t overreact.” The history of the markets shows that in the long run, growth and market gains average out over the life of an investment.

Investors can access their portfolio with the touch of a button with SoFi Invest® while holding steady and staying calm—maybe the best way to make it through election season and beyond.
Learn More

SoFi Invest®
The information provided is not meant to provide investment or financial advice. Investment decisions should be based on an individual’s specific financial needs, goals and risk profile. SoFi can’t guarantee future financial performance. Advisory services offered through SoFi Wealth, LLC. SoFi Securities, LLC, member FINRA / SIPC .
Neither the Investment Advisor Representatives of SoFi Wealth, nor the Registered Representatives of SoFi Securities are compensated for the sale of any product or service sold through any SoFi Invest platform. Information related to lending products contained herein should not be construed as an offer to sell, solicitation to buy or a pre-qualification of any loan product offered by SoFi Lending Corp. or an affiliate.
Advisory services are offered through SoFi Wealth, LLC an SEC-registered Investment adviser. Information about SoFi Wealth’s advisory operations, services, and fees is set forth in SoFi Wealth’s current Form ADV Part 2 (Brochure), a copy of which is available upon request and at www.adviserinfo.sec.gov.
External Websites: The information and analysis provided through hyperlinks to third party websites, while believed to be accurate, cannot be guaranteed by SoFi. Links are provided for informational purposes and should not be viewed as an endorsement.
Financial Tips & Strategies: The tips provided on this website are of a general nature and do not take into account your specific objectives, financial situation, and needs. You should always consider their appropriateness given your own circumstances.
SOIN20236