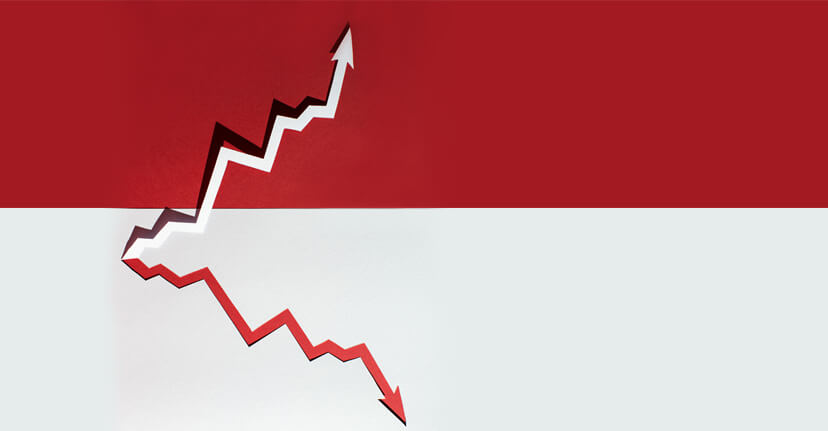 Holiday Cheer with a Dash of Stock Market Fear

“O Turkey Lurkey, the sky is falling!”
—The Remarkable Story of Chicken Little

Quoting a well-worn children’s tale may seem a bit crass in the wake of an uncertain market. But, this classic yarn remains prophetic because of the timeless lessons it espouses for tumultuous times like these.

For the uninitiated, Chicken Little gets unnecessarily spooked, yells about the end of the world, and convinces all of her flavorful foul friends to prepare for the worst. The wily fox senses opportunity and invites his feathered friends into his den to take shelter from the impending storm—where he then proceeds to consume each worrywart one by one.

Given the market turmoil and disheartening news headlines, many investors may wonder if Chicken Little was on to something, despite knowing her eventual fate. As stock valuations become more reasonable, it may make more sense for investors to act like the opportunistic fox.

The sky remains in place, but stocks have certainly fallen. The US stock market, reflected as the S&P 500, officially entered a bear market in December, which is technically defined as a 20% fall since a previous high.

Major stock markets in China, Germany, and Japan have also fallen into bear market territory. Typical “safe haven” investments such as Treasuries and gold have seen their prices rise as investors look toward assets that are presumed to be less risky—and it’s provided much-needed relief for diversified investors.

The main reason markets have fallen likely revolves around slowing global growth expectations. In October, the IMF reduced its global GDP growth forecast from 3.9% to 3.7% for both 2018 and 2019, citing the impacts of US-China trade uncertainties and unfavorable economic trends in emerging market countries like Brazil, South Africa, Turkey, and Mexico. In December, continued rising rates and political turmoil in the US have exacerbated these risks to global growth and added uncertainty to the year ahead.

While a 20% market correction may seem a bit overblown in response to a 0.2% reduction in global growth forecasts, there is another important market dynamic that has investors concerned. To understand it, we need to discuss central banks and monetary policy, which is a snoozy topic, to be sure. But these institutions’ role throughout the Great Recession and up until today is crucial to understanding current market behavior.

When the Great Recession hit in 2008, the Federal Reserve sprang into action to support the economy by targeting interest rates at levels near 0% . The conventional thinking was that if banks couldn’t earn a decent return on their cash deposits by keeping them at the central bank, the banks would be more likely to issue more profitable loans to companies in need.

Those companies would then use the loans to purchase equipment or expand, which would get the economy going again. In addition, investors searching for income could no longer hide in secured checking accounts but had to instead take risk and invest in junk bonds, emerging market debt, and even income-producing stocks.

Rock-bottom interest rates weren’t enough to stimulate the economy though, and the Fed then embarked on a program called “Quantitative Easing ,” which entailed the Fed actively participating in the markets and purchasing bonds just like regular investors.

The effect was not only a further reduction in interest rates, but more importantly, a market belief that the Fed would support asset prices regardless of how bad things appeared. It became the buyer of last resort and everyone knew it. Asset prices started to rebound.

Around the same time, the rest of world’s central banks took notice of the US response. And as their country’s respective economy started to falter, each sprang to action and began enacting similar stimulus measures. The Bank of Japan reduced interest rates to near 0% and started to purchase Japanese Government Bonds.

The European Central Bank slashed its rates to 0% and continues to purchase bonds to this day. The People’s Bank of China also massively increased its money supply to reduce frictions in the economy. All around the world, central banks were doing everything in their power to flood the system with liquidity in hopes that it would be channelled to productive and profitable uses.

In 2012, as the European crisis was coming to a head, ECB President Mario Draghi famously stated that “the ECB would do whatever it takes to save the Euro.” With assurances such as that, why wouldn’t investors dip their toe into the markets?

There are plenty of catches to this way of thinking, but here’s the big one: If investors believe that central banks will step into the markets whenever things get really bad, they’re more likely to take risks that they otherwise wouldn’t.

It’s kind of like football—think of it this way: When players had only thin leather caps on their heads, they didn’t often crash into each other head-first at full speed. But modern football helmets give players the illusion that they’re better protected and lead them to take greater risks. Unwarranted risk-taking by investors in the markets can also distort asset prices and lead to unexpected results down the road.

How the Federal Reserve is Responding

But the Federal Reserve was not created to put a floor under asset prices and reduce market volatility. Its “dual mandate” is solely to ensure maximum employment and stable prices. During tough times, they target lower interest rates to increase employment and prevent deflation, and during boom times they increase interest rates to make sure the economy doesn’t overheat and inflation doesn’t become rampant. It’s a delicate balancing act.

As the US unemployment figures drop to nearly 50-year lows and deflationary fears recede, the Federal Reserve has been actively targeting higher interest rates. The current Fed Funds Rate target is between 2.25 and 2.5%, up from a paltry 0.25 to 0.5% just two years ago. Around the world, many other central banks are also ‘tightening’. In fact, about 56% of central banks around the world are reversing their accommodative policies. It’s the first time since 2011 that the number has crept above 50%.

While higher interest rates can be a deterrent for consumers, that’s by design. They intentionally serve to slow growth. A business with an idea that could generate 5% returns made sense when it could borrow at 4%, but they would not proceed if their borrowing rates rose to 6%. Conservative income investors may revert back to the safety of Treasuries now that rates are sufficient for their needs, selling their higher-risk securities to do so.

Money that flowed into emerging markets to take advantage of their higher rates may reverse, which increases pressure on those local businesses to find other sources of capital. Just as lowering interest rates ‘forced’ investors to take risk, increasing interest rates are likely to have the opposite effect.

The Effects of Trade & Politics on the Stock Market

While trade and political disputes take center stage in the headlines, the actions of global central banks shouldn’t be lost on investors. It’s also important to remember why the Federal Reserve is increasing rates—the US economy is doing very well, unemployment is super low, and inflation is contained. The Fed is “normalizing” its policy because we’re finally in relatively normal times, even if it may not feel like it.

Trade wars and political turmoil are likely (well, hopefully) fleeting concerns for the markets, but central bank policies are more important in determining long-term asset and economic trends. Investors used to cheer when bad news struck because it likely meant the Fed would act to support the markets, but that’s no longer the case.

After 10 years, the training wheels are finally off and the market needs to stand up on its own merits. After a 10-year bull run partially built on low interest rates, it’s not surprising that some investors are reassessing the high stock valuations that have resulted. The swift pullback in stock prices during the fourth quarter likely has created good opportunities for investors going forward.

The sky is not falling, but clouds remain. Like Chicken Little, it’s tempting to run and hide at the first signs of trouble, because after all, it’s human instinct. And it’s much harder to stay the course and wait until the sun shines once again. It’s always painful to suffer market losses, but rest assured they are a normal part of investing—and hey, no pain, no gain, right?

The opinions and analysis expressed here are those of Sam Nofzinger as of 1/3/2019. These views may change as market, economic, and other conditions change. This information isn’t financial advice. Investment decisions should be based on specific financial needs, goals and risk appetite.
Advisory services offered through SoFi Wealth, LLC. SoFi Securities, LLC, member FINRA /SIPC .
SOIN18162