Anheuser-Busch Relies on Data to Cope With Uneven Global Demand

Beverage giant Anheuser-Busch (BUD) is facing uneven demand around the world as different regions recover from the pandemic at different speeds.

Because of this, Anheuser-Busch analysts have shifted from making projections about beer sales to anticipating where and when COVID-19 restrictions will ease or get worse. The company’s team of 70 data analysts has been forecasting the timing of outbreaks around the world, pinpointing days when they think cases will jump.

Anheuser-Busch Learns How to Move Quicker

Anheuser-Busch has a huge global footprint. One out of every four beers sold around the world comes from the company, and it is operational in close to 50 countries. This means that making adjustments to its supply chain quickly has been challenging, but the company has adapted.

Anheuser-Busch has developed a number of strategies for meeting the needs of varied markets during the pandemic. It has also found ways to help communities through methods unrelated to its products. In India, for example, its Budweiser unit is using Twitter (TWTR) and Instagram (FB) to help spread the word about people seeking blood or oxygen for loved ones. In Europe where outdoor dining reopened in May, it is rushing to boost production and give bar owners generous payment terms to get restocked.

Other Companies in Similar Positions

Anheuser-Busch is not the only global company changing its operations and strategies due to shifting trends as some parts of the world emerge from the pandemic. Last week, American Airlines (AAL) announced it was reducing its flight offerings to prevent logistical strains.

Meanwhile, consumer goods companies like Procter & Gamble (PG) are raising prices on products because of global supply chain bottlenecks which are delaying production. Even as demand surges, the rising costs for raw materials, shortages of semiconductors, and shipping delays are causing many large conglomerates to scramble.

Earn 1000 Points When You Set up Credit Score Monitoring

Your credit score is a critical part of your financial health. The number factors into whether you can qualify for loans or credit cards, auto or homeowner’s insurance, and the terms you’re offered on debt.

If you fall into the low credit score range, remember that it isn’t set in stone. There are steps you can take such as making on-time bill payments, keeping debt to a minimum (or consistently paying it off) and being mindful of opening and closing your credit cards. It won’t happen overnight—be aware of anyone who promises a miracle quick fix as this could be a scam.

Keep an eye on your progress and start monitoring your score at no cost today, without hurting your credit. Plus, earn 1000 SoFi points for setting it up—only available in the SoFi app. 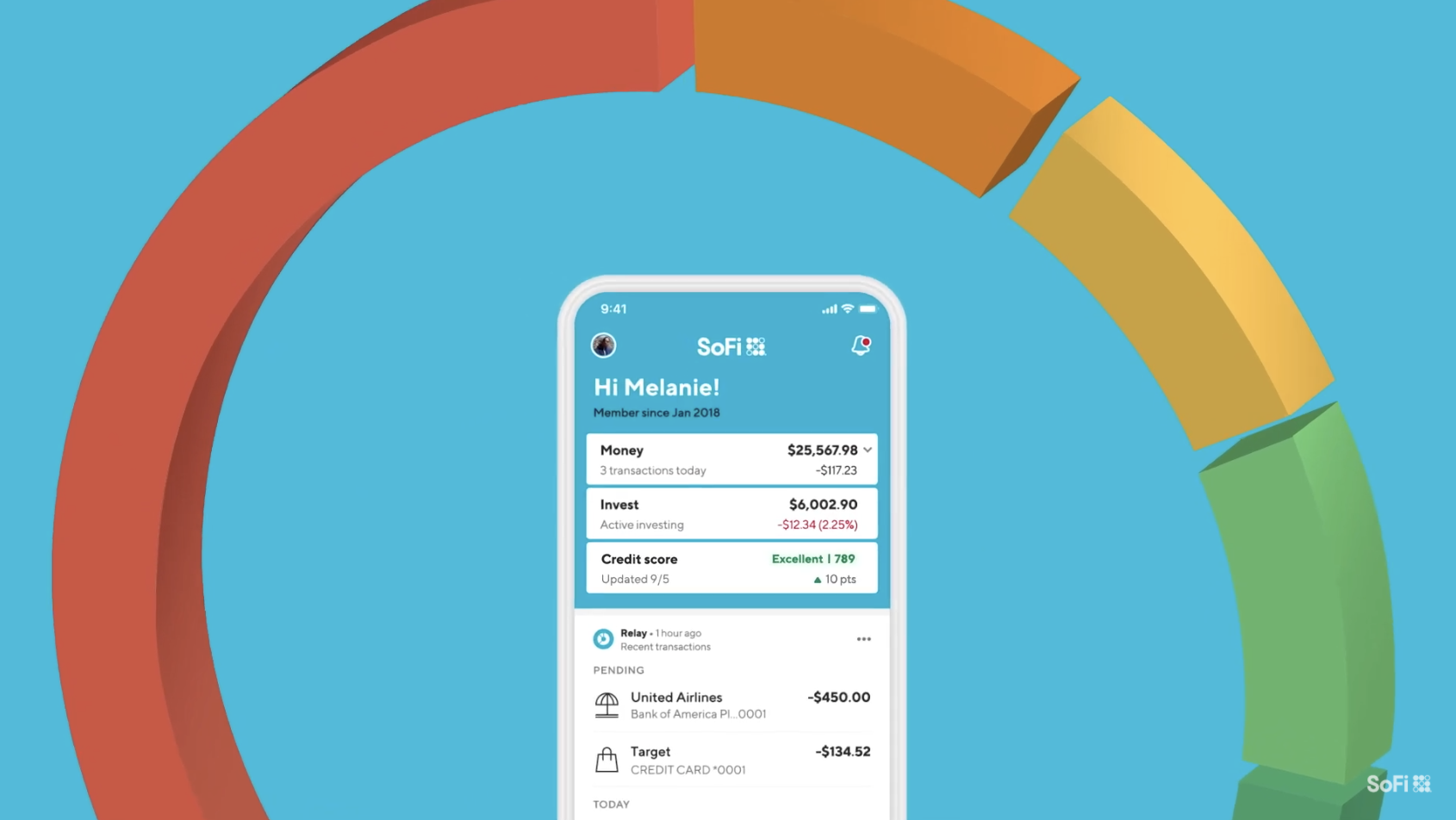 Burberry and Salvatore Ferragamo Look Ahead

Burberry (BURBY) and Salvatore Ferragamo (SFRGY), two European luxury goods companies which have long been takeover targets for larger companies, may be off the block...at least for now. Over the weekend, Burberry CEO Marco Gobbetti announced plans to leave for a job at Salvatore Ferragamo. Gobbetti will depart in December even though his turnaround of Burberry is only halfway complete. His move leaves Burberry without a leader and signals that Salvatore Ferragamo, which is family owned, is committed to executing its own turnaround.

Some investors had been betting that the pandemic would force weaker brands to sell to larger rivals with a lot of cash. Kering (PPRUY), which owns Gucci and other labels, has been named as a potential suitor for Burberry and Salvatore Ferragamo in the past. However, this may not come to pass in the near term given the developments at the two companies.

The Burberry board, which heard about Gobbetti’s decision only this past weekend, has to find a replacement and assure investors that Riccardo Tisci, Burberry’s lead designer, won’t exit too.

Gobbetti’s impending departure comes as Burberry was seeing signs of growth again after the pandemic. Sales declined 10% in the 12 months through March but recently the brand has been recovering.

It is not clear how a new CEO might change the direction of the company. That uncertainty could weigh on shares, making it more attractive to suitors. Still, with the stock trading at 24 times projected earnings and a probable 30% takeover premium, it could be a more than $15 billion target.

Salvatore Ferragamo Willing to Give Up Some Control

For Salvatore Ferragamo, hiring Gobbetti is a signal that the family which controls the company is willing to give up some decision-making power if it means improving the brand. In order to poach Gobbetti, the controlling family likely provided him with assurances that he would have the freedom to pursue his own strategies.

A number of smaller luxury brands are realizing that they need to change direction to compete with their larger counterparts. At the moment, companies like Burberry and Salvatore Ferragamo are working to attract top talent rather than pursuing acquisition deals.

FAFSA Applications Are Down 5%

The Free Application for Federal Student Aid, otherwise known as FAFSA®, is how college-bound students access federal financial aid, grants, and loans. The number of applications for the program are down 5% as of June. Only slightly more than half of all high school seniors have filled out the application, leaving billions of dollars on the table. That is despite the fact that the pandemic has made paying for college more difficult for some students and their families.

The decline in FAFSA applications is particularly worrisome because research shows low-income students, students of color, and first-generation students were hit the hardest by the pandemic. Some of these students may have decided not to pursue college due to the effects of the pandemic.

Application Overhaul in the Works

Even in more normal years, high-school graduates miss out on federal financial aid and grants, often because families do not think they are eligible. Others point to the lengthy and complicated application as a barrier. Education leaders in Congress have been trying to simplify the FAFSA application and increase access to funding. The changes were initially slated to go into effect in the 2023-2024 academic year but are now being delayed until the 2024-2025 year.

The decline in financial aid applications comes as the cost for a four-year education is on the rise. Tuition, room and board, and fees for a four-year private college averaged $50,770 in the 2020-2021 school year while an in-state public college cost $22,180 on average.

Those prices are expected to continue climbing in the years to come. College is expensive, which is why financial aid exists. Even if a family does not think they will be eligible for federal aid or are intimidated by the lengthy application process, money is available. A little time and research could make a big difference for a student’s education.

When it comes to college, filling out your FAFSA doesn’t have to be so complicated. We’re here to help make the financial aid process easier with FAQs, resources, educational materials, and more. Visit SoFi’s FAFSA® Guide to learn more.

Terms and conditions apply. This offer is non-transferable. To receive the Rewards points offer, you must successfully complete setting up Credit Score Monitoring. Limit one offer per person. SoFi Member Rewards Terms and Conditions apply. SoFi reserves the right to modify or discontinue this offer at any time without notice.