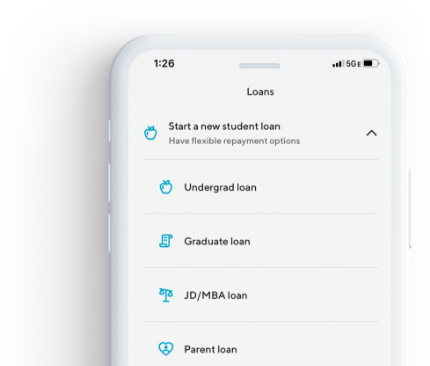 Earnings season is in full swing and investors are eagerly looking at reports to gain insights about how companies performed last quarter. There have been some positive and negative surprises so far, specifically with high-profile tech names.

For example, Tesla (TSLA) beat Wall Street expectations yesterday, reporting a net income of $331 million on revenue of $8.77 billion for the most recent quarter. This marked Tesla’s fifth profitable quarter in a row. Tesla also reported that it made $397 million selling regulatory tax credits to other car companies. These sales have been growing in recent years and they help boost Tesla’s profit margins.

Tesla delivered 139,300 vehicles during the period ending September 30—a new record for the company. The EV maker’s operating expenses climbed by 33% to hit $1.25 billion last quarter as Tesla constructed new factories in Austin, Texas and in Brandenburg, Germany. Last quarter was also notable for Tesla because it completed a five-for-one stock split, making it easier for people to make small-scale investments in the company.

Netflix’s Subscriber Boom May Be Over

Netflix (NFLX) missed net earnings expectations and subscriber number forecasts for last quarter. During the first half of the year, Netflix added almost 26 million subscribers as people around the world looked for ways to entertain themselves at home. However, the quarantine-induced boom may have ended, as Netflix only added 2.2 million new subscribers last quarter.

Though Netflix faces fierce competition from other streaming services like Disney+ (DIS) and Amazon (AMZN), the company is confident that it will reach its goal of having over 200 million subscribers worldwide this year. Though the pandemic has hampered movie and TV show production, Netflix has a backlog of content, which it hopes will give it an advantage over newer competing services heading into the end of the year.

Snap Inc. (SNAP), the parent company of Snapchat, saw its revenue climb by 52% to $678.7 million last quarter, crushing analysts’ expectations. The platform attracted 11 million new users between the quarter ending in September and the previous quarter. Despite the rising popularity of TikTok and Facebook’s (FB) platforms over the summer, Snapchat had 249 million daily active users at the end of last quarter. This shows that as the pandemic continues, people are spending more time online across multiple platforms.

Snapchat also added a record number of advertisers to its platform last quarter. This was largely due to companies moving advertising dollars away from Facebook because they disagreed with the company’s handling of hate speech and misinformation on its platforms. Following the earnings report, Snap’s shares climbed over 20% in after-hours trading and ended yesterday higher by 28.3%.

Why You Should Apply for FAFSA® Today

As of October 1st, college students and high school seniors can start the FAFSA® application for the 2021-22 school year. While that seems far away, timing is an important part of filling out the FAFSA®—the earlier you apply the better. 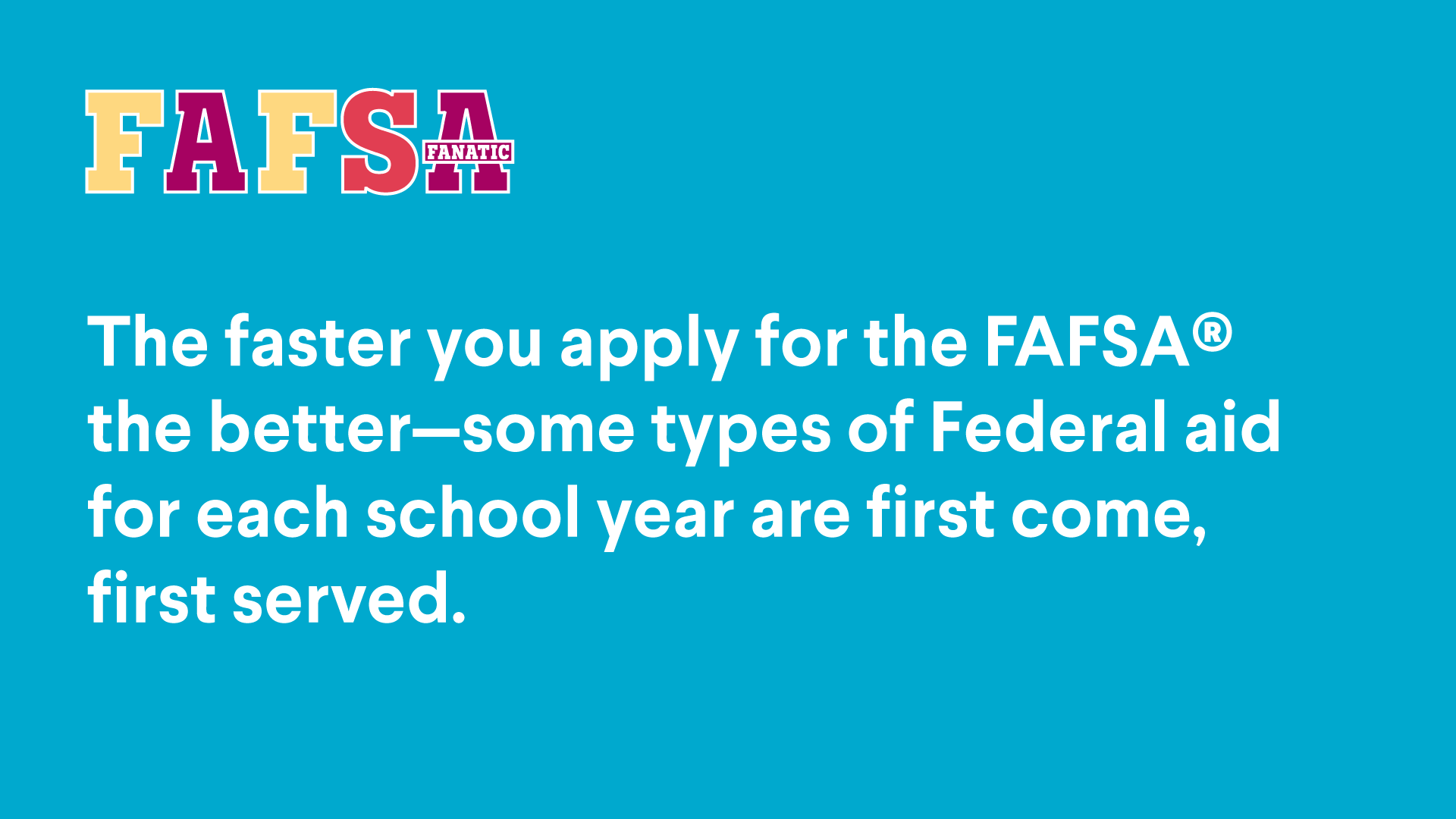 Pfizer (PFE) is in the process of building a vaccine supply chain in order to be prepared for if and when a long-awaited COVID-19 vaccine is ready for distribution. The pharmaceutical superpower is laying the groundwork to be able to allocate 100 million doses of the vaccine in 2020 and 1.3 billion doses in 2021.

Pfizer is collaborating with German company BioNTech (BNTX) on an experimental COVID-19 vaccine which is in late-stage testing. Pfizer says it could know whether its vaccine is effective by late October, and it could be ready to apply for emergency-use authorization for the vaccine by the end of November. So far, Pfizer has spent about $2 billion on developing the vaccine and making preparations to distribute it.

Pfizer’s vaccine distribution strategy is centered around two enormous, refrigerated storage sites—one in Kalamazoo, Michigan and one in Puurs, Belgium. Dozens of daily cargo-jet flights and hundreds of daily truck trips would move the vaccine from these centers to people around the world. The company has created a reusable refrigerated storage container that can hold 1,000 to 5,000 doses of the vaccine and can keep it cold for up to ten days.

Under normal circumstances, a pharmaceutical company would wait to put a distribution chain in place until its vaccine was approved. However, time is of the essence when it comes to distributing a COVID-19 vaccine, and companies are forgoing normal timelines.

Governments Have Ordered Hundreds of Millions of Vaccine Doses

Governments around the world have already made deals with Pfizer and other companies working on vaccines for if and when their products are ready for distribution.

Though there are still many steps to be taken before a vaccine is ready for distribution, Pfizer is making sure it has a robust supply chain in place so that it will be ready to distribute the vaccine as quickly as possible if it is successfully tested and approved.

Staying Connected During a Pandemic

As families and groups of friends around the world look for ways to stay connected during the COVID-19 pandemic, many are turning to online party games created by Jackbox Games Inc.

The privately held Chicago-based company was founded in 1995 and gained popularity with early internet computer games that taught history and pop culture facts to kids. For the past two decades, the brand has lagged behind many other video game platforms, but this year it has seen explosive growth. This rise in Jackbox’s popularity is in part because the company’s games can be played easily on Zoom (ZM), Google Hangouts (GOOGL), and other video chat platforms. As many continue to practice social distancing, Jackbox games provide an easy way for people to have fun virtually.

Sales of video games, from Nintendo’s (NTDOY) Animal Crossing to Sony’s (SNE) The Last of Us Part II, have surged during the pandemic. However, Jackbox’s games are aimed at consumers who might not think of themselves as gamers, so the company has reached an even wider base than other video game companies during the pandemic.

During the early months of lockdowns, Jackbox’s total sales climbed by as much as 1000% compared to the same period last year. The company’s user numbers are even higher than its sales numbers, because one person can buy the game and invite others to play it for free. An estimated 110 million people played Jackbox games during the first three months of lockdowns in the US.

Jackbox recently came out with its Party Pack 7 which costs $29.99 and includes some of its most popular games, like Quiplash, and several new titles. One of the new games generating buzz is called Talking Points, a game in which players take turns improvising speeches about random topics while other players pick slide photos to accompany the presentation.

In past years, Jackbox has seen its highest traffic during Thanksgiving and on New Year’s Eve. This year, if people are celebrating remotely, the holidays could be a time of record breaking user numbers for the company.

“Applying for FAFSA® early also means you’ll receive your financial award letter earlier, allowing you to start planning out how you’ll pay for the rest”