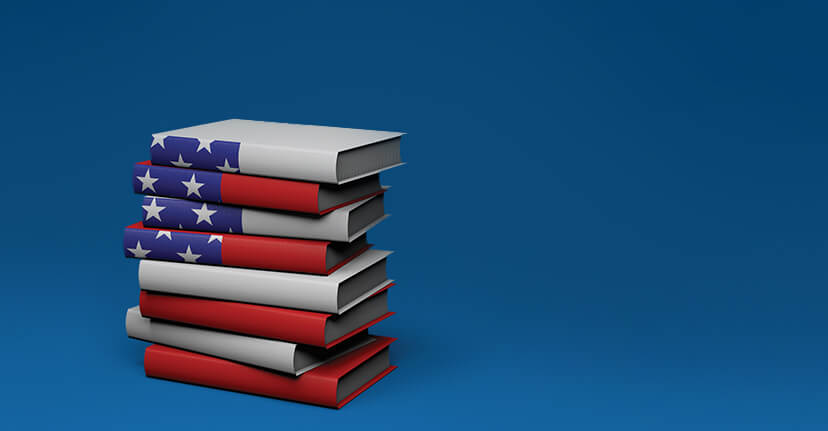 What does it mean for a millennial to run for President of the United States? In the case of Pete Buttigieg, the current mayor of South Bend, Indiana, it means a candidate who is passionate about the country’s student loan crisis.

And why shouldn’t he be? Like so many college graduates of his generation, Buttigieg has a significant amount of student loan debt. He is personally affected by the issue.

Buttigieg and his husband, Chasten, have a combined total of over $130,000 in student loan debt. Buttigieg says he received his undergraduate degree from Harvard without taking on too much debt, and he received a Rhodes Scholarship to attend graduate school at Oxford University.

However, Chasten accumulated a good bit of debt by obtaining his bachelor’s and master’s degrees, and by attending teacher training programs in preparation to become a middle school teacher. When they got married, Buttigieg took on Chasten’s debt–and it’s no small amount.

If elected, Buttigieg could be the first President with student loan debt upon entering the Oval Office. It only makes sense that he has a plan to address the issue.

Pete’s plan can be broken down into two categories: helping incoming students graduate without debt and helping people with existing debt qualify for forgiveness.

What is Buttigieg’s Stance on Student Debt?

Buttigieg seems passionate about helping low-income families graduate from college without going into debt, because he believes a college education can help lift people out of poverty.

If elected, he plans to create a partnership between the federal and state governments to make public higher education more affordable for everyone. What’s more, under his plan, tuition at public institutions will be free for low- and middle-income families.

Buttigieg’s plan will further contribute $25 billion to Historically Black Colleges and Universities (HBCUs) and Minority-Serving institutions (MSIs) to make it more feasible for minority students to earn their degrees. A number of HBCUs and MSIs are private institutions, so minority students would have the option to attend a private university at a low cost, if not for free.

He also wants to increase the amount of money available for Pell Grants, which are federal gift aid for undergraduate students in financial need. These grants can be used not just to cover tuition, but also for expenses like textbooks and room and board.

Buttigieg believes Pell Grant awards should keep up with inflation. In recent years, the amount available for Pell Grants has increased annually, but it hasn’t always kept up with the rate of inflation.

Now let’s look at debt cancelation and forgiveness. If elected, Buttigieg plans to cancel student debt for borrowers who were targets of “low-quality, overwhelmingly for-profit programs”—specifically, colleges that failed to meet the Gainful Employment Rule standards.

Such schools may have charged graduates too much for tuition relative to how much money they can reasonably make in their profession, or they failed to adequately prepare students for the career field. In this case, Buttigieg believes that canceling student debt is the right thing to do.

He also has a plan to get more graduates enrolled in the Public Service Loan Forgiveness (PSLF) program, which is currently notorious for rejecting applicants . He plans to create more positions for AmeriCorps and the Peace Corps, as well as create new jobs in other public service fields.

Buttigieg has a plan to get a total of 250,000 people involved in public service in the near future, with a goal of 1 million by 2026. These participants may be eligible to enroll in PSLF.

Comparing Buttigieg to His Competitors

It’s no secret that presidential hopefuls Bernie Sanders and Elizabeth Warren have been outspoken about their plans for affordable higher education and student debt cancelation. When lining up Buttigieg, Sanders, and Warren, how do Buttigieg’s plans compare?

All three candidates want to make college free for low- and middle-income students. Exactly how they want to go about reaching this goal is different. Warren wants to tax the elite to fund higher education, and Sanders plans to tax certain Wall Street transactions.

If elected, Buttigieg says he will help create a partnership between the federal and state governments to make public colleges free for lower-income students. Unlike Sanders and Warren, Buttigieg does not believe in free college for all—only for students who truly might not be able to afford college without taking on debt.

All three candidates would contribute more money to HBCUs and MSIs. Sanders wants to invest $1.3 billion more, Warren $50 billion, and Buttigieg rests in the middle at $25 billion.

While Sanders and Buttigieg both focus on providing more money for Pell Grants, Warren has provided the most detailed plan for Pell Grants on her website. Warren wants to expand the definition of who qualifies for a Pell Grant and contribute an additional $100 billion over 10 years.

One of the biggest differences between the three might be how they handle student loans that already exist. Sanders wants to cancel all existing student debt, and the majority of people who would benefit from his program are those who earn under $127,000 per year. Warren wants to cancel almost all student debt.

With the exception of borrowers who attended low-quality, for-profit colleges, Buttigieg doesn’t focus on canceling debt. Instead, he intends to create more public service jobs and help more Americans qualify for PSLF and income-driven repayment plans.

How Might a Buttigieg Presidency Affect Student Loan Borrowers?

Prospective and current college students might be wondering what a Buttigieg presidency could mean for them in the near future.

If Buttigieg’s plan goes into effect, students from low- and middle-income families would be able to attend a public college for free or at a low cost. Tuition would be free, and more Pell Grants would be available to cover other expenses students might normally take out loans for, like books and supplies.

Students attending any of the 104 HBCUs or 734 MSIs would have access to a more affordable education, even though some of these schools are private institutions.

What about those who have already graduated and are paying off student debt? Anyone who graduated from a for-profit school that failed to meet standards set out by the Gainful Employment Rule could have their student debt canceled.

Some graduates may have avoided applying for PSLF or going into public service due to the program’s low acceptance rate. Under Buttigieg, more jobs could be created that would qualify for loan forgiveness.

Although these PSLF borrowers wouldn’t have their debt canceled entirely, they could work these jobs for 10 years while making minimum monthly payments, then have the remainder of their debt forgiven.

Americans have a while to wait before finding out who will take office in January 2021. Graduates who already have student debt may want to be proactive about paying it off while awaiting election results.

By refinancing student loans with SoFi, borrowers take out one brand new loan with a new interest rate. This means borrowers will only make one monthly payment, rather than multiple payments on separate loans.

Some borrowers could possibly snag a lower interest rate than they’ve had in the past, which may help them save money on their monthly payments (but could mean lengthening their term). Or they could opt for a shorter term, which means they could pay off their loans more quickly.

Looking to refinance your student loans? You can check your rates in just two minutes.
Learn More

External Websites: The information and analysis provided through hyperlinks to third-party websites, while believed to be accurate, cannot be guaranteed by SoFi. Links are provided for informational purposes and should not be viewed as an endorsement.
SoFi Loan Products
SoFi loans are originated by SoFi Bank, N.A., NMLS #696891 (Member FDIC), and by SoFi Lending Corp. NMLS #1121636 , a lender licensed by the Department of Financial Protection and Innovation under the California Financing Law (License # 6054612) and by other states. For additional product-specific legal and licensing information, see SoFi.com/legal.
SoFi Student Loan Refinance
IF YOU ARE LOOKING TO REFINANCE FEDERAL STUDENT LOANS, PLEASE BE AWARE OF RECENT LEGISLATIVE CHANGES THAT HAVE SUSPENDED ALL FEDERAL STUDENT LOAN PAYMENTS AND WAIVED INTEREST CHARGES ON FEDERALLY HELD LOANS UNTIL SEPTEMBER 1, 2022 DUE TO COVID-19. PLEASE CAREFULLY CONSIDER THESE CHANGES BEFORE REFINANCING FEDERALLY HELD LOANS WITH SOFI, SINCE IN DOING SO YOU WILL NO LONGER QUALIFY FOR THE FEDERAL LOAN PAYMENT SUSPENSION, INTEREST WAIVER, OR ANY OTHER CURRENT OR FUTURE BENEFITS APPLICABLE TO FEDERAL LOANS. CLICK HERE FOR MORE INFORMATION.
Notice: SoFi refinance loans are private loans and do not have the same repayment options that the federal loan program offers such as Income-Driven Repayment plans, including Income-Contingent Repayment or PAYE. SoFi always recommends that you consult a qualified financial advisor to discuss what is best for your unique situation.
SOSL19108