Demand for Talent Heats Up

Streaming giants Netflix (NFLX), Amazon (AMZN), Disney (DIS), and AT&T’s (T) HBO Max are working to expand internationally, pouring billions of dollars into markets outside the US. The American streaming giants are producing television shows and movies in a number of foreign languages. In some regions, this is creating a shortage of talent and generating pushback from local film and TV producers.

Prior to the streaming companies’ overseas expansion, local producers had no trouble hiring top talent internationally. With the likes of Netflix throwing cash at the television and film industries, local broadcasters and distributors are now left with limited resources.

Streaming companies have good reason for pursuing international markets. In 2020, world-wide streaming subscriptions surpassed 1.1 billion. That is up from less than 400 million global subscribers in 2016. The US streaming companies are making a big bet the next leg of their growth will come from viewers outside the US market, which is becoming saturated.

Netflix plans to spend more than $17 billion on global content in 2021 while Disney has earmarked $9 billion annually for global content on its Disney+ platform. Amazon has been doubling its amount of local language content since 2017. HBO Max plans to produce 100 local language shows and movies for Latin America over the course of the next two years.

Local film producers and distributors have responded by engaging in mergers and acquisitions and picking up the pace of investment in original content. In April, Grupo Televisa (TV), the Mexican media giant, inked a multibillion-dollar merger with Univision Communications (UVN). The combined company plans to create a global streaming service. Meanwhile, Grupo Globo of Brazil is investing in original content for its streaming platform. Similar strategies are being employed in other international markets.

The streaming wars are heating up overseas as US-based companies pour billions into their next bastions of growth. It will be interesting to see which American streaming services come out ahead, and how local content producers respond to a changing market.

Dig Into the Good Debt Method

Do you have a student loan or mortgage? So do 42% of people who answered our 2021 Money Moves Survey by SoFi.* But what most people in this category probably don’t know is that this is considered “good debt,” since these loans tend to have an interest rate below 7%. So how do you deal with good debt? By trying our new money move: the Good Debt Method. One way to make this move is to try to get the lowest rate you can on your loans. Find out how by exploring our new tool. 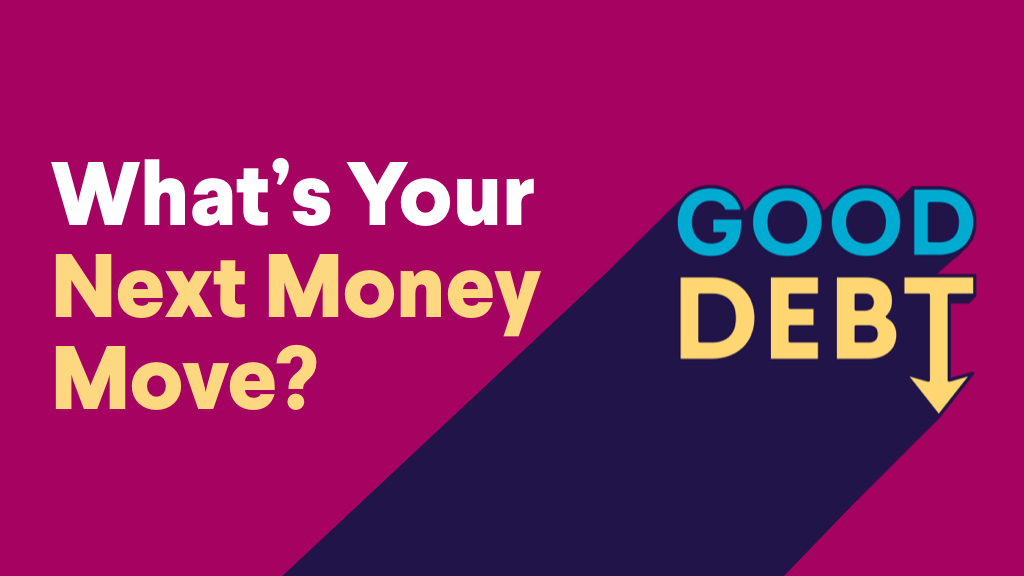 Liz Looks at: the Risks and Realities of Inflation

Liz Young is SoFi’s Head of Investment Strategy, responsible for providing economic and market insights. Liz is passionate about educating others on markets and investing in order to help people feel empowered to take a more active role in their financial futures. This week, see what Liz has to say about inflation.

The Risks and Realities of Inflation

We’ve heard about the threat of inflation for weeks, even months, and now the data is starting to reflect it as fact. But is it a temporary phenomenon or will it persist?

The Consumer Price Index (CPI) rose 4.2% year-over-year (YoY) in April, surpassing expectations of 3.6%, and marking the first reading above 4% since Sept. 2008. Those figures may look alarming, and the expectations of inflation have driven market volatility in recent days. But there are reasons why I don’t think we should be overly concerned...yet.

The headline YoY number is the percent change for April 2021 vs. April 2020. We were in almost full shutdown mode for April, May, and June of 2020,and inflation readings barely had a pulse. Using that low base, the YoY data is going to seem quite large.

Let’s look at the items that drove CPI this month, namely used cars and trucks. They saw the largest increase since this measurement began in 1953! If people are buying more cars and trucks, they’re also buying more gasoline, which contributed a lot to the YoY change. Additionally, the number of daily air travel passengers is rising and hit a post-pandemic high of 1.7 million people on May 9th, driving more fuel demand.

These forces should be temporary. After all, people can’t buy new cars or go on air travel vacations every single month.

The future question is, will there be forces that drive inflation and stick around? Things like commodity prices, food prices, housing, and eventually wage increases that may be necessary to find workers.

The immediate question is, what will markets do in the meantime? Inflation fears are likely to continue pressuring technology and other high growth stocks. I’d also expect a continued rise in the 10-year bond yield. This is natural, and is characteristic of the rotation from growth into cyclicals that’s been largely in place since last fall. But rotation doesn’t mean exit, it means change of focus.

In my view, inflation isn’t a problem if it’s the result of a growing economy as long as price increases don’t rage out of control. I think we should see higher inflation as growth picks up and pent-up demand is released. But take the next couple months of inflation readings with a grain of salt; we can more accurately decide if this is temporary later in the year.

In 2017 the European Commission, the EU’s antitrust authority, ordered Amazon to pay the taxes in question to Luxembourg. However, in the ruling Wednesday, the court sided with Amazon, saying regulators did not prove that the tech company received an illegal advantage from Luxembourg.

A Setback for EU Regulators

The ruling is a blow to Margrethe Vestager, Executive Vice President of the commission, who has been working to reign in perceived excesses by tech companies including Amazon, Apple (AAPL), and Google (GOOGL). The Amazon tax ruling could hurt her efforts to dismantle what she contends were so-called sweetheart tax deals between large multinational companies and some EU countries including Luxembourg and Ireland.

Vestager also wants to collect back taxes from Starbucks (SBUX), Nike (NKE), and other large corporations. Vestager’s office is studying the judgment and considering possible next steps. The decision could be appealed to the EU’s Court of Justice.

Amazon welcomed the ruling by the EU court, saying it did not receive special tax treatment in EU countries. Since the initial ruling in 2017, Amazon has overhauled its tax structure. Last year it argued the EU’s decision contained legal and factual mistakes. Luxembourg joined Amazon in the appeal. In the ruling, the General Court largely backed Amazon’s assertions.

Amazon may have won the tax battle with the EU, but that does not mean regulators in Europe are backing down any time soon. There are still a number of unanswered questions surrounding how the battle between tech and global regulators will play out.

“Making the minimum payment on your credit card can lead to paying back much more than your purchase. It is best to avoid costly interest and fees by paying off your balance in full every month.”